Editor’s Note: This article originally appeared on the U.S. Army’s official website. As Suicide Awareness Month comes to a close,... 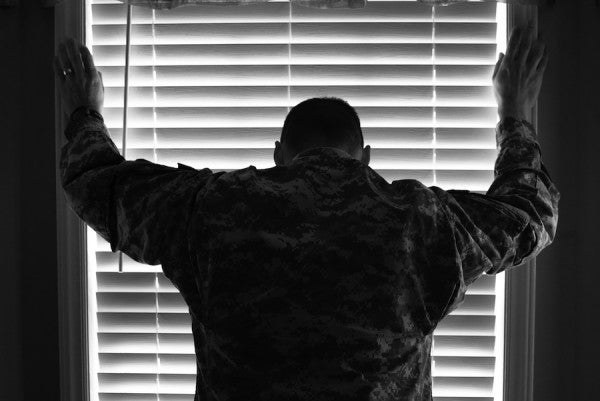 Editor’s Note: This article originally appeared on the U.S. Army’s official website. As Suicide Awareness Month comes to a close, it’s important to remember that one small act can make a difference. If a veteran or service member you know is showing signs of crisis, take action to make sure that individual receives the care he or she needs.

Shown above is Retired Command Sgt. Maj. Jeffery Powell's plea for help on Facebook after his former Soldier posted pictures of a suicide attempt. Another Soldier responded shortly after on Powell's message they were able to get to the Soldier in time and save him.

“He had cut his wrists, I mean about that far on each wrist,” said Powell, gesturing slashing his forearm. “It wasn't horizontal it was a vertical cut, so I knew it was pretty serious. He posted one word … 'Goodbye.'”

Powell said he was checking his Facebook that day like he typically does to stay in touch with friends and family.

He expected the normal string of photos and status updates, but when his former soldier shared his last call for help he took action.

“I saw that some people had already commented on it so I hit the comments and some were like 'Thinking about you man,' but nobody was saying 'Where are you?' Nobody. Seven or eight people had already responded and it's great to say how are you, but now it's time to dial 9-1-1.”

They were friends on the social networking site, but Powell didn't know where he was currently stationed.

“Here I am, I'm trying to figure where in the world this guy is at. I was like what do I do? We need to do something now, right now.”

After asking around Powell determined the soldier was overseas.

He called an Army division hotline and it gave him the number to the area coordinator.

As he was calling, he posted his own Facebook status asking for help.

“I need my Army family to reach out and find where (he) is at and get his unit to put their arms around him soon! I'm talking right now, too! He may be in serious danger and I'm worried about his emotional state right now. He may have tried committing suicide. He needs to know we care. Find him now!”

Powell said while he was doing all he could to reach the soldier, another battle buddy was doing the same thing.

Less than five minutes after Powell's post a reply said, “We got him sergeant major. I called the hotline and got (emergency medical service) enroute to him … He's en route to the hospital and is stable and should be fine. They say they got to him in time.”

Powell said the suicide attempt came after a failed relationship, and the soldier was wanting someone to take notice of him.

“We did. I just wish he wouldn't have done it.”

He said all the soldiers who deployed with him were the first to respond and it even caught the soldier's brother off guard.

“It's that Army thing. It's that deployment thing … That was a serious suicide attempt. He took the pictures right after he cut himself. They were pretty deep cuts.

“If he wouldn't have posted those pictures nobody would've known,” said Powell.

He said the non-commissioned officer in the soldier's unit told Powell he was the second person to call about the suicide attempt and check on the well being of the soldier.

Powell said that's what he would hope for.