We Salute The 4 Veterans Who Rowed 3,000 Miles Across The Atlantic In A Boat Called ‘The Woobie’

They set out to become the first team of American military veterans to complete the grueling Talisker Whisky Atlantic Challenge, a race that requires competitors to row across 3,000 miles of open ocean. Now team Fight Oar Die is just a few days from the finish line. 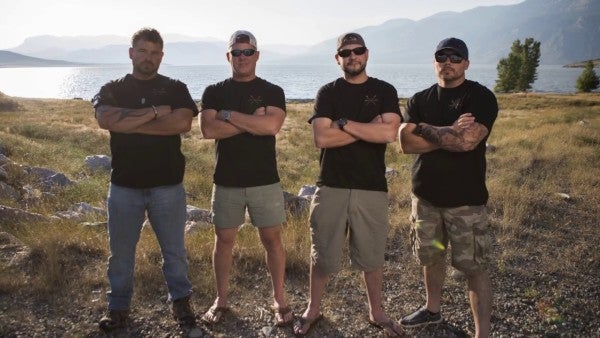 They set out to become the first team of American military veterans to complete the grueling Talisker Whisky Atlantic Challenge, a race that requires competitors to row across 3,000 miles of open ocean. Now team Fight Oar Die is just a few days from the finish line.

The base of supporters keeping tabs on the voyage includes plenty of people in Alabama. One team member, Bryan Knight, has family in Mobile and the area was critical to their preparations. For a few weeks in September and October, the team used Mobile's Buccaneer Yacht Club as the home base for their spaceship-like boat, the Woobie, while they conducted some sea trials in Mobile Bay and the Gulf of Mexico.

Knight and his Fight Oar Die teammates —Alex Evans, Beau Maier and Christopher Kuntz — are using their campaign to raise awareness of post-traumatic stress and other post-combat hardships that plague veterans, and to raise funds for treatment and research.

“Each stroke we row increases the momentum toward our ultimate mission of increasing awareness of and support for the cognitive, behavioral, and physical health of U.S. Military/Veteran personnel,” reads part of the mission statement on the team website.

Race rules require teams to carry all their food and devices to supply drinking water. As they prepared their gear in Mobile, team members said they were packing the Woobie with 48 days of rations plus 12 days of emergency rations.

According to the race clock running at the official race website, Day 51 on the water started at about noon Friday. At 9:15 a.m. Central time Friday, the live race tracker put Fight Oar Die less than 186 nautical miles from the finish, running 20th out of 27 boats with a projected finish of 55 days and 11 minutes.

That would appear to be a solid performance. This year's first finisher did it in 34 days 12 hours, and the leaderboard projects an 83-day finish for the boat currently running last.

An update posted Friday morning at the Fight Oar Die page on Facebook projected a late Monday finish for the team. Another update a few hours earlier said “With just over 200 miles left, our spirits are high. Bodies are broken (feeling every bit of my almost 50 years of living-Bryant), but this is a mental game. Just row, right? More whale sightings have kept us pleased.”

WATCH NEXT: 'He Was A Warrior' — Watch Airmen Hold An Emotional Viking Funeral For Fallen Combat Controller Dylan Elchin