As the daughter of a waitress and a maintenance worker, and the youngest of ten kids, food insecurity was something... 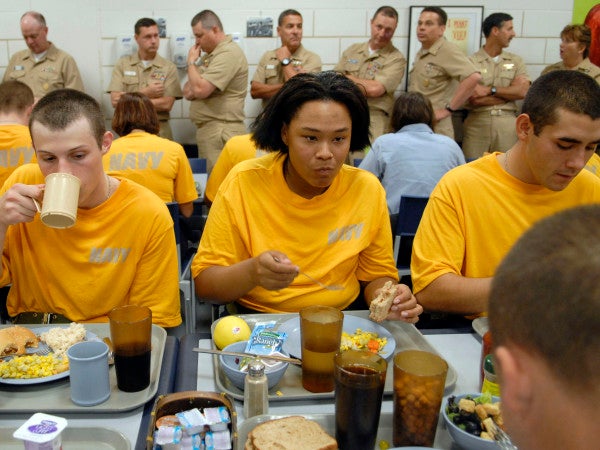 As the daughter of a waitress and a maintenance worker, and the youngest of ten kids, food insecurity was something we faced every day. If it weren’t for food stamps and the free lunch program at school, there would have been many days in which I wouldn’t have had a meal. Two months after 9/11, when I enlisted in the Army, it became abundantly clear that I wouldn’t have to worry about where my next meal would come from. Three squares a day, right? However, once I left the service, many of those same insecurities I faced before resurfaced as realities again.

A recent study published in the journal Public Health Nutrition titled “Food insecurity among veterans of the US wars in Iraq and Afghanistan” by the University Of Minnesota School Of Public Health discusses food uncertainty among our veterans when they return home. Bottom line: The numbers are staggering.

According to the study “over one in four veterans reported past-year food insecurity.” That is nearly 27 percent among veterans from Iraq and Afghanistan, which is dramatically higher than the national average of 14.5 percent. The study also found that veterans who are young, not married/partnered, not employed or have lower income, have children, and leave the service with a lower military pay grade are more likely to struggle with obtaining regular meals.

To enlist in the military you must have a high school diploma or GED. This is a requirement. We walk into the military with an education and gain skills that can translate into employment outside of the service. In addition, the character of your service should count for your ability to make a commitment to something greater than yourself; a trait that employers are beginning to recognize to a higher degree in more recent years.

This study points to a trench in how we are supporting our veterans when they prepare to return home. While serving, at 19, I had to ensure that the color I decided to dye my hair and which purse to carry was within regulation. Through regulations I learned how my platoon sergeant determined if I was eligible for promotion to E-4. These regulations guide all decision-making through the chain of command. So if regulations in the military range from what seems mundane to the momentous, then why isn’t there a regulation to support managing the transition from military service to the civilian world? The trench.

Eligible veterans have access to the G.I. Bill, the Post-9/11 G.I. Bill, and other job training programs. But many veterans don’t have the support network or resources upon leaving the service to start utilizing the benefits they earned while fighting for our country. Establishing a robust set of regulations to help members of the military to transition into job training programs, universities, and other services that are needed, such as connecting with their local VA center, will set our veterans up for success when they leave the service.

With over a quarter of our veterans struggling to put food on their tables, it is time to ensure that the three squares a day don’t stop when our boots no longer march into battle. It cannot be this way.

We are trained to leave no one behind and that we are only as strong as our weakest person. But any veteran who is weak due to an issue relating to hunger is a sign of a lack of strength in all of us to deter it from ever happening in the first place.