On June 2, a crew of eight people from the service organization Veterans of Foreign Wars pulled roughly 500 American... 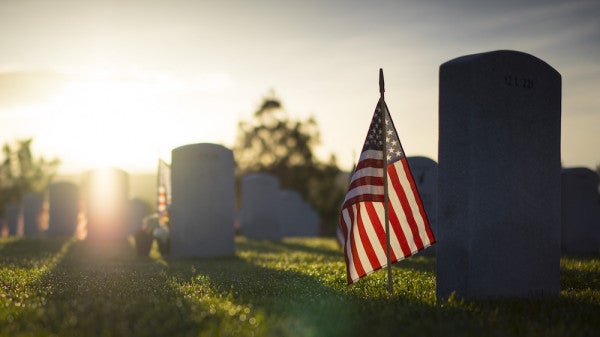 On June 2, a crew of eight people from the service organization Veterans of Foreign Wars pulled roughly 500 American flags from fallen veterans’ graves at Highland Memorial Gardens in Pennsylvania and Ridgecrest Cemetery in Tennessee.

For the last 25 years, VFW members have placed American flags on the graves of fallen troops on Memorial Day.

According to Jon Harrison of VFW Post 1848, they placed the flags on Saturday morning, and the owners of the cemetery said they had to be taken down Wednesday.

We’ve never had to pick them up before,” Harrison told The Jackson Sun. “I think it’s a disrespect to our fallen veterans not to be able to leave the flags here.”

The group placed more than 800 flags, and was only able to leave those that had been placed in vases or more permanent fixtures on the gravesites, The Jackson Sun reported.

“We walk every row of the cemetery,” Harrison said. “Every year we come out — it probably is the only attention the gravesite receives that year.”