A Smithfield, Virginia man is accused of shooting a bald eagle earlier this year before fatally running over it with... 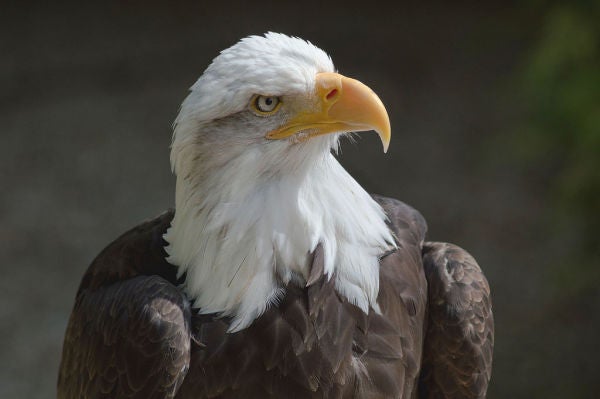 A Smithfield, Virginia man is accused of shooting a bald eagle earlier this year before fatally running over it with an all-terrain vehicle, according to court documents.

Allen H. Thacker was charged Wednesday with one count of violating the Bald and Golden Eagle Protection Act, a misdemeanor. If convicted, he faces up to one year in jail and a $5,000 fine.

Court documents offer few details about what happened, other than to indicate the bird was killed March 13 and that it was shot and run over.

Thacker’s attorney, Robert Rigney, said the charge stems from an alleged incident at his client’s home on Mill Swamp Road. He declined further comment, though, explaining he was still investigating.

“More will come out down the road, I’m sure,” he said.

The founder of a Chesapeake-based wildlife rehabilitation group said Thursday she knew state investigators were looking into what happened to the eagle, but did not know charges had been filed.

Dana Lusher of Nature’s Nanny Wildlife and Rehabilitation said she spoke with a woman who claimed she witnessed a man driving an ATV over an eagle about four times. She said she also spoke with a Department of Game and Inland Fisheries official who said officers had located the man, and that he had confessed to killing the bird because it had been eating fish out of his pond.

“He said the bird had been fishing in his pond,” Lusher said the official told her. “He then took them (the officers) to the bird’s body.”

Prosecutors are seeking the forfeiture of two guns belonging to Thacker: a Ruger .357 handgun and a Remington .22 caliber rifle. They also want his red, Yamaha Big Bear 4×4 all-terrain vehicle, with its gun rack on the front and utility rack on the back.

Thacker, 62, is active with the Moonlight Hunt Club in Smithfield, according to media reports and postings on the Isle of Wight website. He and one of his deer-hunting hounds, Little Speck, were the subject of a 1989 profile in the Daily Press.

Thacker’s home is about 2½ miles from one eagle’s nest and 3¼ miles from another, according to The Center for Conservation Biology’s Virginia Eagle Nest Map. Both nests were occupied in 2017, the map said.

“This is horrible,” said Carol Senechal of the Eagle On Alliance. “We are horrified, mortified, angry. … How do you not know killing a bald eagle is a federal offense?”

The charges against Thacker do not relate to a separate federal investigation into the death last week of another bald eagle that was shot in Chesapeake.