Walmart announced Wednesday that it is raising the sales age for all firearms to 21, taking matters into its own... 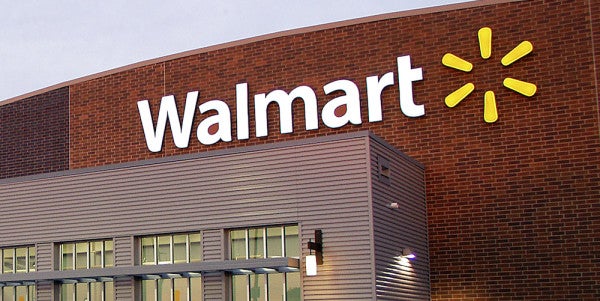 Walmart announced Wednesday that it is raising the sales age for all firearms to 21, taking matters into its own hands as gun control efforts in Congress continue to stall in the wake of a deadly Florida school shooting.

“We take seriously our obligation to be a responsible seller of firearms,” the retail giant said in a statement.

The Walmart announcement came hours after Dick’s Sporting Goods declared that it will no longer sell assault rifles at its stores while also bumping up the sales age to 21.

Building on our 2015 decision to not sell modern sporting rifles, we announced important changes today:

Walmart took it a step further, pledging to also raise the sales age for all ammunition and remove toys from its website that resemble assault-style rifles such as the AR-15 — the military-grade weapon Nikolas Cruz, 19, used to kill 17 of his former classmates and teachers at the Marjory Stoneman Douglas High School in Parkland, Fla., earlier this month.

“Our heritage as a company has always been in serving sportsmen and hunters, and we will continue to do so in a responsible way,” the company said.

Walmart stopped selling assault rifles and high-capacity magazines in 2015. It has also stopped retailing so-called bump stocks — a device that allows semiautomatic rifles to fire as automatic ones.

The Dick’s and Walmart announcements deliver a decisive blow to the National Rifle Association, which staunchly opposes all gun control efforts.

The NRA has come under serious fire in recent weeks, and even President Donald Trump took some shots at the powerful gun lobby Wednesday.

“Some of you people are petrified of the NRA. You can’t be petrified,” he told a group of NRA-backed Republican lawmakers who have made sure that some gun control legislation has been stalled or blocked.