Two F-35A Lightning II Joint Strike Fighters recently flew a mission in the Middle East in "beast mode," meaning they were loaded up with as much firepower as they could carry 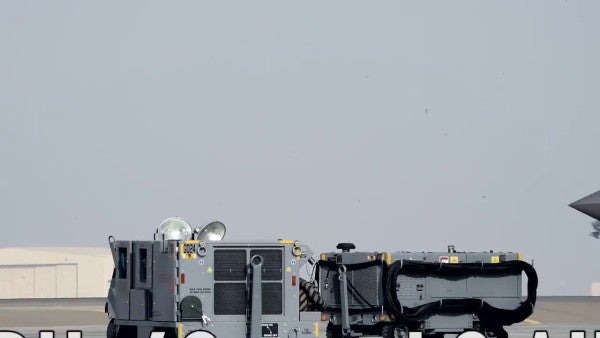 Two F-35A Lightning II Joint Strike Fighters recently flew a mission in the Middle East in “beast mode,” meaning they were loaded up with as much firepower as they could carry.

The F-35s with the 4th Expeditionary Fighter Squadron took off from Al Dhafra Air Base, United Arab Emirates to execute a mission in support of U.S. forces in Afghanistan, Air Forces Central Command revealed. The fifth-generation fighters sacrificed their high-end stealth to fly with a full loadout of weaponry on their wings.

“Beast mode,” the carrying of weapons internally and externally to boost the overall firepower of the aircraft, is also known as the “Third Day of War” configuration. At the start of a fight, the F-35 would store all of its weapons internally to maintain low observability, as the external weapons would likely increase the surfaces that an enemy radar could detect.

An F-35A Lightning II in “beast mode” during an operation in support of US forces in Afghanistan in May 2019(U.S. Air Force)

U.S. Air Forces deployed the F-35A to the Middle East, the U.S. Central Command area of responsibility, for the first time in April. The aircraft flew their first sortie on April 26.

Four days later, the F-35s, which were pulled from the active-duty 388th Fighter Wing and Reserve 419th Fighter Wing, conducted an strike in Wadi Ashai, Iraq. The mission, carried out in support of Combined Joint Task Force – Operation Inherent Resolve marked the F-35A's first combat mission, according to the U.S. Air Force.

WATCH NEXT: An F-35 Fires Five Missile At The Same Time