“Living a life driven by purpose is more meaningful and rewarding than meandering through life without direction,” writes Secretary of … Continued 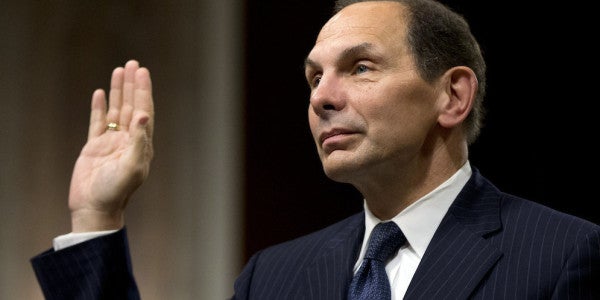 “Living a life driven by purpose is more meaningful and rewarding than meandering through life without direction,” writes Secretary of the Department of Veterans Affairs Robert McDonald, in an editorial for the Federal Times.

McDonald’s piece comes at a time when the VA finds itself sinking ever deeper into controversy. Reading like an appeal, as if to say, “But look at all this other great stuff we do,” the editorial sounds more desperate than convincing.

The House Veterans Affairs Committee recently subpoenaed the VA for files on a Philadelphia VA facility as part of an expanded probe into the mishandling of veterans’ disability and pension claims. In addition, McDonald took fire after claims that 60 employees responsible for last year’s scandal in Phoenix had been fired, in reality — it was at most three.

If this was meant to reinforce trust between the VA and its charge, then McDonald might want to invest some money into a better communications strategy. A better approach would be to respond directly to the investigations, criticisms, and failures of the VA because no one is buying the white-washed version.