West Point just graduated the most diverse class in its history 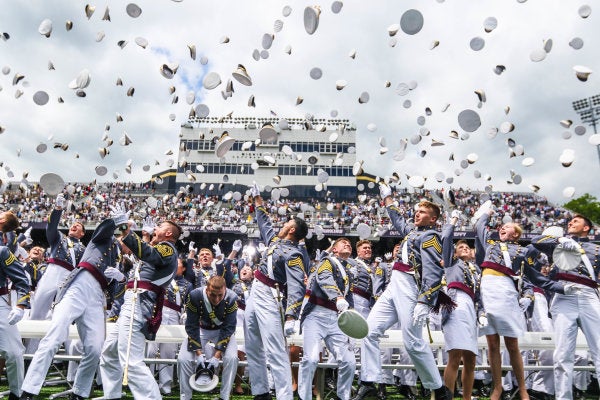 On Saturday, the U.S. Military Academy at West Point graduated the most diverse class in the academy's history.

Of the 980 cadets who are commissioning into the U.S. Army as second lieutenants, there was the highest number of African American women, Hispanic women, and highest number of women overall since the first class of women graduated in 1980, according to a West Point press release.

Frank Demaro, West Point spokesman, told CNN that last year's class had 27 African American women graduates — this year had 34 — and they expect “next year's class will be even larger than this year's.”

The academy also graduated its 5,000th female cadet, 1,000th Jewish cadet, and the first international student from the Netherlands. The number of African American graduates from Saturday, 110, is double the number it was in 2013, according to CBS.

Vice President Mike Pence spoke at the commencement ceremony, recognizing the “historic milestones that we're marking today.” He also told the graduates that the world is a “dangerous place,” where they will almost certainly see combat.

“It is a virtual certainty that you will fight on a battlefield for America at some point in your life,” Pence said. “You will lead soldiers in combat. It will happen. … [W]herever you're called, I urge you to take what you learned here and put it into practice. Put your armor on so that when, not if, that day comes, you'll be able to stand your ground. … You'll stand your ground because the United States Army never quits, never accepts defeat, always puts the mission first, and you my friends are Army strong,” Pence said.