The suit alleges the medical center failed to manage Darneille's medication, investigate her increased suicidal thoughts or give her appropriate care. 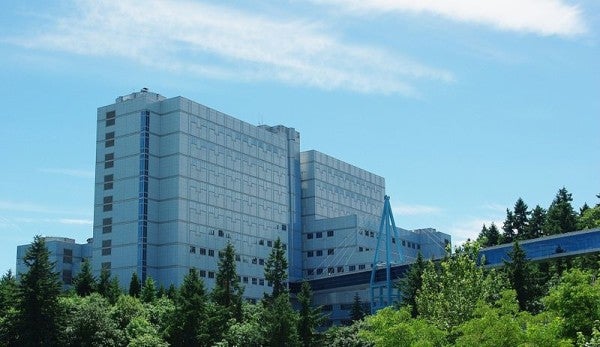 A 24-year-old woman who injured her ankle as a West Point Military Academy cadet ended her life due to medical negligence after she was treated at Portland's Veterans Affairs Medical Center for chronic pain and associated anxiety, her family alleges in a federal lawsuit.

Emylee Darneille was discovered dead in Spain on July 5, 2015, two months after she was prescribed an anti-depressant called fluoxetine, a generic form of Prozac, at the medical center. She had seriously injured her ankle as a cadet in 2008 and over the next seven years developed a complex regional pain syndrome marked by prolonged severe pain. She underwent numerous surgeries and physical therapies.

Darneille quickly began experiencing suicidal symptoms and reported them to her doctors repeatedly, the suit alleges.

Darneille's mother, Cherylee Bridges, contends that her daughter's suffering and death resulted from “negligent health care” provided at the VA hospital. She's seeking $5 million in compensation for the family's grief, anguish and loss in a wrongful death suit filed against the U.S. government.

The suit alleges the medical center failed to manage Darneille's medication, investigate the cause of her increased suicidal thoughts or give her appropriate care.

But he said suicide prevention is the “highest clinical priority'' of the Department of Veterans Affairs. All VA health care facilities now provide same-day services for veterans in primary care and mental health care, he said.

On May 21, 2015, a week after Darneille increased her dosage of fluoxetine as instructed, she called the medical center, crying and reported “not wanting to be alive,” according to the suit. She was “wondering why I bother with all the pain” and sought an appointment with either of her two doctors that week, the suit says.

She was told that she already had an appointment scheduled for June 2 and to keep that, but if she continued with suicidal thoughts, she should go to a hospital, according to the suit. But Darneille said she was hesitant and embarrassed to go to a hospital because she didn't want to upset her mother.

On May 28, 2015, Darneille went to the medical center with superficial cutting on her thigh, complained of feeling suicidal from severe depression, anxiety and an eating disorder and voiced concern that her medication was causing her to feel this way, the suit says.

She spent a night there and was discharged the next day with no changes to her medication or dosage, the suit claims. She was told not to stop taking fluoxetine, but medical records noted she needed to be monitored closely while on the medication.

She returned as scheduled for doctor appointments on June 2, 5 and 9 that year, each time reporting suicidal ideation and showing a “flat effect,” the suit says. During the June 9 appointment, she told her doctor that she often imagined being dead to avoid her pain, according to the suit. The doctor encouraged her to return for continued treatment.

She never came back. She was found dead from suicide in Seville, Spain, less than a month later.

Before she got the medication from the VA hospital, Darneille never expressed thoughts of self-harm, according to the suit. She remained positive and had plans to become a pilot, her family said.

Hong Suk 'Paul' Chung, the mother's attorney, declined to comment beyond what is in the lawsuit.

Darneille was born in Springfield, Illinois, and was senior class president of her 2008 Rochester High School class in Rochester, Illinois. She left West Point after her injury and graduated from Lewis & Clark College in Portland, where she received a bachelors degree in international relations. She studied abroad in Africa and traveled halfway around Europe on a sailboat, according to her family.

In response to the lawsuit, the Portland VA Medical Center also cited statistics from the Joint Commission, a nonprofit that accredits most of the nation's psychiatric hospitals. The commission noted that the Department of Veterans Affairs reduced the number of in-hospital suicides from 4.2 per 100,000 admissions in 2000 to .74 per 100,000 admissions on mental health units in 2015, an 82.4 percent drop.

For each year, from 2005 to 2017, veterans across the country who had recent use of Veterans Health Administration care had higher suicide rates than other veterans. But over the same years, the suicide rates among those veterans with recent VA health care use increased at a slower pace than for other veterans.