When you think of recent major social changes in the military, the reforms that spring to mind are most likely... 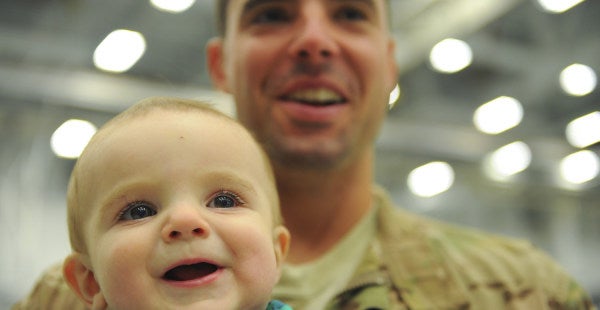 When you think of recent major social changes in the military, the reforms that spring to mind are most likely gay people being able to openly serve and women being admitted to combat arms units. Those are certainly huge changes — revolutionary in scope — that have accordingly garnered exhaustive coverage by media outlets. But another revolutionary (or evolutionary, depending on how you look at it) change that the Department of Defense is pushing for is the goal to make itself, in the words of Acting Under Secretary of Defense for Personnel and Readiness Brad Carson, “the nation’s most progressive employer.”

But what does that even mean? In an interview with National Public Radio this week, Carson stated that it means giving service members the option to freeze their sperm and eggs.

“The idea really came from talking to women in the force, just about their experiences, how we could make life better for them,” Carson said. “There was a culture of women who say upon turning 30, their mentors would come to them and say, you should go freeze your eggs; pay for it yourself because this is something that will be valuable to you in 10, 12 years.”

So the military paying for women to freeze their eggs actually has a twofold intended effect: It simultaneously frees up servicewomen to delay pregnancy past prime warfighting age while also helping to retain them in service. Women are less likely to move to the civilian world if parenthood is still a viable option down the line.

The program’s offer to subsidize the freezing sperm and eggs also has an appeal as an insurance policy of sorts. As Tessa Poppe wrote for Task & Purpose back in 2014, “between 2000 and 2013, almost 2,000 service members receiveddebilitating injuries to their genital regions, and more than 307,000 troops experienced some type of head injury, which can impact sexual function and drive.”

The Long War might be better known for its connection to post-traumatic stress disorder and traumatic brain injury, but genitourinary injuries and the secondary effects of head injuries, are also a huge problem. Hopefully, the DoD’s program will go a ways in remedying it.

The program is just one element of a wider push to make the military a more competitive and family-friendly employer. Current Secretary of Defense Ashton Carter announced last month that the Pentagon will be offering 12 weeks of paid maternity leave and up to two weeks paternity leave for parents. He also plans to expand childcare center hours and install “mother’s rooms” at certain military facilities for breastfeeding and pumping.

These changes might seem deceptively modest in scope, but they have potentially huge ramifications for quality of life issues for service members. Not only does it bring the Pentagon closer to the expectations and standards of many civilian employers, it also points toward the direction that the Pentagon will be moving in the future: treating service members as employers and private corporations as rivals in talent acquisition. Pretty revolutionary if you ask me.

This year marks the 42nd anniversary of the all-volunteer force. And while Carter is absolutely correct in understanding that the health of a volunteer military is predicated upon recruiting and retaining top-notch talent, the cries of “brain drain” that have been echoing through op-ed pages over the past half decade tend to be either overblown or misdiagnoses. Two interrelated points are helpful to consider here. The first is that the private sector and military service have different ends, or telos, and are animated by distinct logics. People who are great at, say, developing Facebook, might not necessarily make good soldiers. There isn’t just a giant hunk of undifferentiated “talent” out there that the Pentagon is competing with private companies to acquire. There are different kinds of intelligences, different skill sets, and a variety of aptitudes. Making the military more like a startup doesn’t guarantee that the military will get the people it needs to the do the job it does.

The second point to consider is that, despite the differences, there still remains a fairly porous border between the military and the private sector. If the Pentagon needs the smartest people in Silicon Valley developing technologies and strategies, it can have them. In fact, it’s already purusing them, to the consternation of the traditional defense industry giants.

That being said, extended maternity and paternity leave, and a more “family-friendly” force in generally is an unalloyed good thing. It should be a baseline requirement for any employer, and it’s the right thing for the Pentagon to be leading the way on.