"It is the one chance you have to rethink some fundamental things. I hope that the Navy will take that opportunity." 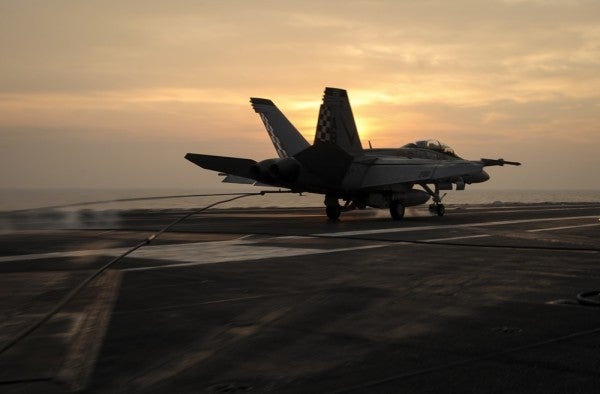 WASHINGTON — Even before the pandemic hit the service hard, the U.S. Navy was in rough seas.

The lingering aftermath of two deadly collisions in 2017, constant leadership turnover, and pressure from just about everyone in Washington to expand the fleet quickly and considerably found the Navy struggling to articulate its vision for its future.

Then novel coronavirus outbreaks took two battle force ships out of commission, including one of the four aircraft carriers based in the Pacific. The Navy fired the ship’s captain after his plea for more action from his superiors became public, the acting Navy secretary resigned after criticizing the fired captain to his crew, and one crew member died from COVID-19.

But even among the outcry over the handling of the outbreaks on the USS Theodore Roosevelt and the guided-missile destroyer USS Kidd, a silver lining has emerged for the Navy. Just as it did after the attacks of 9/11, the country will likely reevaluate what national security means post-pandemic, and what role it expects the military to play in keeping society safe.

Related: ‘Best captain we ever had’ — Watch the crew of USS Theodore Roosevelt give their fired skipper a triumphant send-off

This reckoning offers the Navy a chance to reset its priorities and plot any needed course corrections.

“The only time you get to do these big rethinks are in extraordinary times,” said Ray Mabus, who served as Navy secretary in the Obama administration. “I don’t like to use the word ‘opportunity’ in the midst of a crisis, but it is the one chance you have to rethink some fundamental things. I hope that the Navy will take that opportunity.”

The new vulnerability exposed by the coronavirus — that a single infected person could neutralize a multibillion-dollar asset for months — only added to the list of challenges facing the Navy.

The 2018 National Defense Strategy, which calls for renewed focus on near-peer adversaries China and Russia, piled additional obligations on a service that is already stretched thin. To carry out its set of missions, the Navy projects it will need a fleet of at least 355 ships (up from the current complement of just under 300), and Congress agrees.

In addition, the Navy is committed to updating its submarines armed with nuclear missiles, a foundational element of U.S. defense policy. Last year, a report from the Government Accountability Office concluded that the Navy’s projected cost of $115 billion to build 12 new Columbia-class submarines was overly optimistic.

And if it wants to integrate unmanned vehicles of significant size into the fleet, an option made more attractive by the shipboard outbreaks, the Navy needs a more sophisticated, integrated network to operate them.

All of these things will require tremendous amounts of money. And there is already talk in Washington about “constrained” defense budgets being a likely consequence of Congress’ pandemic recovery spending.

“Debt was on the rise before the pandemic, and now it’s getting worse,” said Susanna Blume, director of the Center for a New American Security’s defense program. “A reckoning is coming for defense spending, probably not in the 2021 cycle, maybe not in the 2022 cycle, but certainly in 2023.”

The Navy’s last Force Structure Assessment, a 2016 analysis, established the 355-ship goal, which Congress subsequently enshrined in law. But the service has made little headway. Earlier this year, then-acting Navy Secretary Thomas Modly said the Navy wouldn’t reach its target until 2030.

The Navy had been working on a new analysis, which Modly said previously would be ready in January but has yet to materialize. Defense Secretary Mark T. Esper told members of the House Armed Services Committee Feb. 26 that he had questions about the Navy’s own analysis, and he wanted his office to review it.

Defense officials have reportedly hinted that the new plan, which is now expected sometime this summer, could call for a fleet of 390 ships, plus an additional 45 unmanned autonomous systems.

But even reaching the more modest goal of 355 ships seems almost prohibitively expensive. The Congressional Budget Office estimated the Navy would need to spend an average of $28.8 billion a year for three decades — or $865 billion total — on shipbuilding alone to hit the target. The Navy’s own projections put that number at $22 billion a year, or $660 billion total.

Related: ‘This ought to be criminal' — Lawmakers are furious with the Navy's 'arrogance' over its expensive mess of a supercarrier

Republican Rep. Mike Gallagher, a former Marine officer whose Wisconsin district includes the Fincantieri Marinette Marine shipyard, wants Navy leaders to use the new Navy assessment to explain to Congress how its plans match up with the greater role it will play in countering Chinese influence in the Pacific region.

“The Navy has not successfully made the argument that it deserves a greater share of the budget,” Gallagher, who sits on the Armed Forces Subcommittee on Seapower and Projection Forces, told CQ Roll Call. The analysis “is their chance to articulate their vision for the future of the Navy. If they can’t get buy-in from those of us who pay attention to this on the Hill, and it’s not a big number of members, then they’re certainly not going to get broader buy-in in a constrained budget environment and certainly not get the support of the American people.”

Rep. Mikie Sherrill, D-N.J., on the same subcommittee, said she is focused on how the Navy is dealing with the pandemic. A Naval Academy graduate who flew Sea King helicopters and specialized in Russia policy, Sherrill said the service is in the midst of big changes, with or without the coronavirus.

“The people in our Navy right now are very aware that change is coming. They are very aware that the new National Defense Strategy has a more naval focus than how we’ve been operating over the past several decades,” she said. “I think people realize in many cases there is an opportunity. Whether or not our Navy takes advantage of it, I’m there to try to make sure that they do.”

For Mabus, the pandemic only underscores the need for the Navy to embrace changes he thought were necessary before the outbreak: Build more ships, but make them smaller, cheaper and less complex. Incorporating unmanned systems aligned with that approach before the outbreak, and makes more sense now since they aren’t susceptible to a highly contagious pathogen, he said.

But that requires the Navy to retool its thinking.

“You’re not going to be able to do all these things if you keep thinking about it in (terms of), OK, we’ve got to have this many of this ship, this many of that ship and they’re the same ones you’ve been building for a long time,” Mabus said. “They’re the best naval ships in the world, but they’re incredibly expensive, and they take an incredibly long time to build.”

The Navy remains committed to the larger ships in its fleet, with plans to build seven additional aircraft carriers and 76 large surface combatants (destroyers and cruisers) by 2050, according to the most recent 30-year shipbuilding plan submitted to Congress.

“There is a great deal of interest in unmanned vehicles for lots of reasons other than global pandemics that happen once every 100 years.”

At this point, the Navy has given no indication that the coronavirus outbreak has changed its long-term plans. Navy spokesman Lt. Gabrielle Dimaapi said it would be “premature to discuss future fleet composition” while noting that the fleet is “operating at a rate well above levels we haven’t seen in many years.”

“We are meeting the increasing operational challenges of our primary adversaries while we confront the challenges of a global pandemic, protect our sailors and their families, and support the whole-of-government response,” Dimaapi said. “Even while managing the risks of COVID, our pace of operations has increased 15% above our historical norms.”

Bryan McGrath, a retired Navy commander who is now managing director of the defense consulting firm the FerryBridge Group, said he doesn’t expect the coronavirus to play a major factor in changing the Navy’s thinking on autonomous systems.

“There is a great deal of interest in unmanned vehicles for lots of reasons other than global pandemics that happen once every 100 years,” he said. “I don’t see that global pandemics, just yet, are a cause for driving us faster into unmanned systems.”

Driven by necessity, the Navy has already changed some of its operations, said Bryan Clark, a senior fellow at the Hudson Institute and retired submarine officer who is advising Esper on the latest assessment. With the Roosevelt unavailable, the Navy has used smaller ships to show force and maintain presence in the western Pacific, he said.

Related: The Navy just sent a submarine force into the Western Pacific in a message to China

“Part of that is the Navy trying to demonstrate to China that COVID-19 has not caused the Navy to go home and stay home,” he said. “It’s still out there pressing American interests.”

While Clark agrees that the coronavirus outbreak won’t change the Navy’s reticence to embrace unmanned systems, he does think it may cause planners to revisit the value of a more distributed force across smaller ships rather than concentrated in one place. Once the illness gets on board an aircraft carrier, the entire ship becomes unavailable, whereas a fleet of six destroyers would go offline one at time.

Last month, the Senate confirmed Kenneth Braithwaite as the 77th Navy secretary. When he was sworn in last week, Braithwaite became the fourth acting or permanent chief to lead the service in just the last seven months.

During his May 7 confirmation hearing, Braithwaite, a 1984 Naval Academy graduate and retired rear admiral, reiterated the administration’s goal for the fleet.

“It needs to be minimally 355 ships. Hopefully, we build beyond that,” he told members of the Senate Armed Services Committee.

But Braithwaite did not detail his vision for the makeup of the fleet, or how the pandemic had affected his thinking. None of the senators asked him.