What were they thinking? Was the giant phallus sketched by a Navy aircrew in the sky above Okanogan, Washington, on... 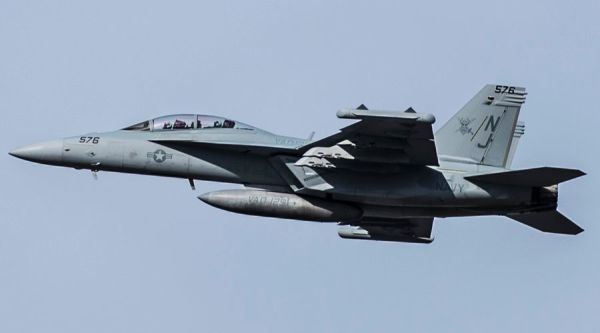 What were they thinking?

Was the giant phallus sketched by a Navy aircrew in the sky above Okanogan, Washington, on Thursday intended as some sort of testosterone-fueled art?

Or, amid all the sexual scandals unfolding in recent weeks about men behaving badly, could this have been a kind of defiant, politically incorrect statement?

We may never know the motives. But Navy brass are not amused, and the crew of the EA-18G Growler — based at Whidbey Island Naval Air Station — appears to be in big trouble.

“We have grounded the aircrew and are conducting a thorough investigation,” said a statement released Friday by the Navy. “The Navy apologizes for this irresponsible and immature act, and anyone who was offended by this unacceptable action.”

A Navy spokeswoman said that one aircraft was involved. The names of the two crew members have not been released.

On a blue-sky day, the Growler flew over Okanogan, a northeast Washington town of some 2,500 people. The crew flew in a pattern that left what the Navy statement called “a condensed air trail resembling an obscene image to observers on the ground.”

Many residents took photos and posted them on social media, where they were widely viewed.

Ramone Duran said he was running errands when he looked up and saw what he thought looked like the start of someone trying to draw a male member with jet contrails.

About five minutes later, Duran said, the drawing was complete.

“After seeing circles at the bottom, I knew what it was and started laughing,” Duran said. “It was pretty funny to see that. You don’t expect to see something like that.”

Misty Waugh, a server and bartender at The Club in Okanogan, said she wasn’t aware of the drawing until her 12-year-old son texted her a picture.

“A lot of people have been talking about it,” Waugh told The Spokesman-Review.

The Washington Post reports this not the first time penis art has roiled the Navy.

In 2014, a Navy investigation of the elite Blue Angels found blue-and-gold genitalia painted on the roof of a trailer at a winter-training facility in California. It was large enough to be seen on satellite imagery available on Google Maps, according to a report that cited a commanding officer for witnessing, encouraging and accepting behavior that “while juvenile and sophomoric in the beginning, ultimately and in the aggregate, became destructive, toxic and hostile.”

That report also noted incidents of sexual harassment and a “proliferation of explicit pornography and sexually suggestive images in cockpits.”

For the Navy, and the military at large, the incident in the Okanogan skies comes at a time of heightened awareness about the wide-ranging problems of sexual harassment and sexual assault within the ranks.

Vice Adm. Mike Shoemaker, in a written statement, said “sophomoric and immature antics of a sexual nature have no place in Naval aviation today.”

For Whidbey Island Naval Air Station, the incident occurs as the base proposes a major expansion of a Growler fleet that has triggered many complaints for the noise generated in low-altitude training flights

The Growlers conduct electronic warfare and — based off deployed carriers — have been a key asset in post-9/11 military campaigns. The crews are still on a war footing, having flown missions in recent years over Iraq, Syria, Afghanistan and other global hot spots.

Back in Washington state, the crews have rigorous training schedules that Navy officials say are vital to maintaining the skills to safely conduct missions.

Navy officials cite studies showing the Growlers are not significantly louder than the Prowler aircraft they replaced. But that is contested by many residents in the area who say they are noisier and emit deeper vibrations that can rattle windows. Some people complain of health effects.

After the Navy successfully fought a court challenge to the aircraft’s noise, some say that crews, on the day of the ruling, flew especially low on training flights.

“We took that as a victory lap,” said Karen Sullivan, of the West Coast Action Alliance, which has challenged the Navy expansion of training activities in Washington.

Sullivan said residents who have endured the Growler noise think subtlety is not a Navy strong point. In a post on the alliance website, she wrote that this crew “has taken chest thumping, shall we say, to a new low.”

The Washington Post, The Spokesman Review and The Associated Press contributed to this report.