The whistleblower said he refused to make the requested changes, since doing so would amount to censorship of intelligence information. 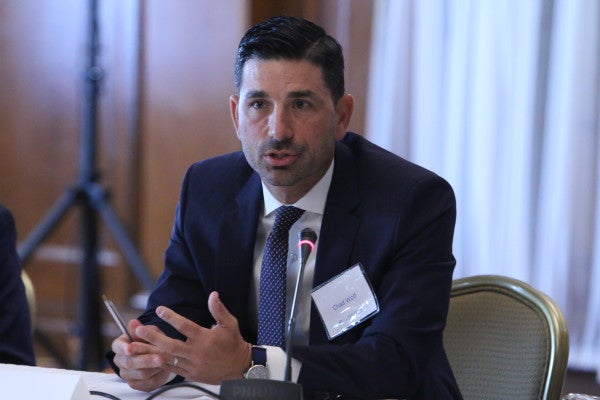 WASHINGTON (Reuters) – Acting U.S. Homeland Security Secretary Chad Wolf told a former top aide to stop providing assessments of the threat of Russian interference in the Nov. 3 election and to play down U.S. white supremacist activity, according to a whistleblower complaint released on Wednesday.

Brian Murphy, a former Homeland Security deputy undersecretary for intelligence, said in the complaint that Wolf told him in mid-May to begin reporting instead on political interference threats posed by China and Iran, and to highlight the involvement of left-wing groups in domestic disorder.

The White House and Department of Homeland Security each denied the claims.

“Ambassador O’Brien has never sought to dictate the Intelligence Community’s focus on threats to the integrity of our elections or on any other topic; any contrary suggestion by a disgruntled former employee, who he has never met or heard of, is false and defamatory,” said White House spokeswoman Sarah Matthews.

Homeland Security spokesman Alexei Woltornist added: “We flatly deny that there is any truth to the merits of Mr. Murphy’s claim.”

U.S. intelligence assessments that a Russian influence operation aimed at swaying the 2016 election in Republican Donald Trump's favor has overshadowed much of his presidency with a series of investigations being dismissed by Trump as a hoax. Trump has expressed admiration for Russian President Vladimir Putin, whose government denied election meddling.

U.S. officials say Russia, China, and Iran have been working to influence the 2020 election between Trump and his Democratic challenger Joe Biden.

Murphy's complaint said he declined to comply with Wolf's order because doing so “would put the country in substantial and specific danger.”

On a second occasion in July, Murphy said Wolf told him an intelligence notification on Russian disinformation efforts should be “held” because “it made the president look bad.”

Murphy said that he “objected, stating that it was improper to hold a vetted intelligence product for reasons for political embarrassment. In response, Mr. Wolf took steps to exclude Mr. Murphy from relevant future meetings on the subject,” according to the complaint.

Murphy filed the complaint on Tuesday with the DHS Office of Inspector General. It was released on Wednesday by the intelligence committee of the Democratic-controlled U.S. House of Representatives.

The complaint outlined other allegations of misconduct by Trump administration officials.

Murphy said he was instructed by senior DHS officials to ensure that intelligence assessments he produced for former secretary Kirsten Nielsen supported administration claims that large numbers of suspected terrorists were entering the country from Mexico.

Murphy said he declined to censor or manipulate the intelligence, believing this would be “improper administration of an intelligence program,” and that he warned one of the officials that doing so would constitute a felony.

Officials said they would hold back one homeland threat assessment, according to Murphy, following expressions of “concerns” by Wolf and Ken Cuccinelli, a top DHS official, about how it would “reflect upon President Trump.”

Murphy said two sections of the threat assessment particularly concerned the officials: one on white supremacist extremists and the other on Russian influence.

Cuccinelli, Murphy said, told him to modify the section on white supremacists “in a manner that made the threat appear less severe, as well as include information on the prominence of violent ‘left-wing’ groups.”

Murphy said he refused to make the requested changes, and advised Cuccinelli that doing so would amount to censorship of intelligence information.