UPDATE: Details added about conflict of interest rules that would remain in place despite the proposed blanket waiver. The Trump... 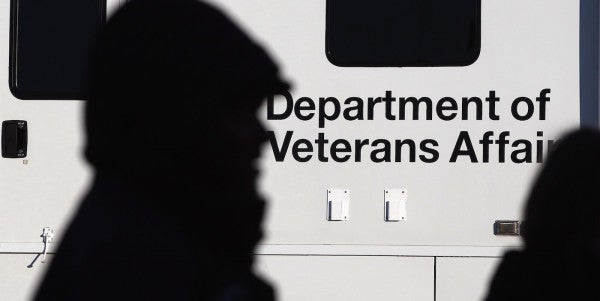 UPDATE: Details added about conflict of interest rules that would remain in place despite the proposed blanket waiver.

The Trump administration is seeking to waive a 50-year-old anti-corruption law that prevents officials who administer the GI Bill from accepting money from for-profit schools backed by taxpayer subsidies.

The proposed regulation, published Thursday in the Federal Register, would allow employees of the Department of Veterans Affairs to receive “wages, salary, dividends, profits, gratuities” and services from for-profit schools that receive GI Bill funds.

VA employees would also be allowed to own stock in those colleges, the waiver says, as “the Secretary (of Veterans Affairs) has determined that no detriment will result to the United States, veterans or eligible persons from such activities.”

News of the proposed rule blindsided veterans’ advocates who have battled for years against predatory colleges, many of which have used aggressive marketing techniques to become leading recipients of GI Bill money.

“Bizarre and very likely illegal,” said Carrie Wofford, president of Veterans Education Success, a nonprofit group that has bailed out veterans who found themselves unemployed and deep in debt after attending for-profit schools.

“There are federal laws – including federal criminal laws – that prohibit federal employees from engaging in this exact behavior,” she said.

But he said the Vietnam-era law that prohibited employees from receiving payments from for-profit schools was so sweeping that it could have “illogical and unintended consequences.” He cited supplementary materials attached to the regulation that said current law could cover VA lab technicians who take a class, on their own time and using their own money, at a for-profit educational institution that is also attended by veterans using the GI Bill.

The rule change sought by the Trump administration is far more sweeping, however. Critics say it could create a situation where VA officials, who are charged with ensuring GI Bill funds are well spent, could accept payments from colleges that are facing civil suits or probes from law enforcement.

The VA’s Cashour dismissed that concern saying that other conflict of interest laws would still apply. For example, supplemental materials attached to the proposed rule stipulate that VA employees would be required to “recuse themselves from VA matters when an employee’s participation would cause a reasonable person to question the employees impartiality.”

Still, under the rule change, VA employees could own or run a for-profit college that profits from the GI Bill.

It’s the latest example of the Trump administration apparently embracing conflicts of interest when it comes to for-profit colleges.

Earlier this week, the VA angered many consumer advocates by allowing for-profit Ashford University to continue receiving GI Bill money even after regulators in California and Iowa revoked its certification from the program. The online college had responded to the crackdown by moving its official address from Iowa to Arizona. On Wednesday, the VA sent Ashford a letter saying it would be able to continue to accept taxpayer money to educate veterans, using the Arizona address.