Why The US Needs To Keep Troops In Afghanistan Beyond 2016

In an op-ed for the Washington Post, former retired Army Gen. David Petraeus, and Michael O'Hanlon, a senior fellow at … Continued 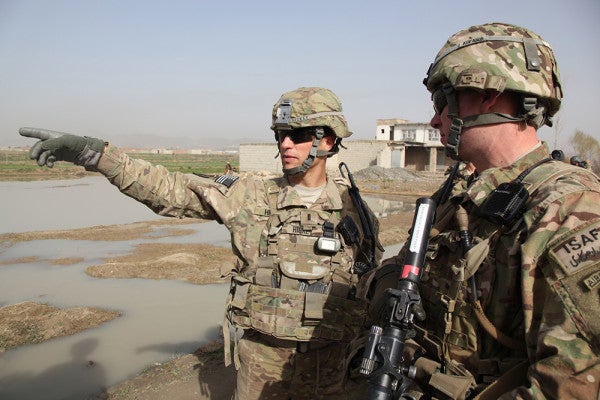 In an op-ed for the Washington Post, former retired Army Gen. David Petraeus, and Michael O'Hanlon, a senior fellow at the Brookings Institution, explain why the U.S. needs to maintain a military presence in Afghanistan. A continued presence — even a minimal one — will prevent the gains of the last 14 years from being eroded.

“The right approach for the United States is not to pull out next year but to keep several bases and several thousand U.S. and other NATO-coalition troops in Afghanistan for the foreseeable future,” write O’Hanlon and Petraeus. “And the NATO Summit in Poland next summer could be the vehicle for gaining coalition agreement on a further extension of the mission. In fact, the summit could help advance the idea that rather than conceiving of such a commitment as an interminable nation-building exercise, the right way to think of it would be as an enduring partnership with Afghanistan, a front-line state in the struggle against Islamist extremists.”