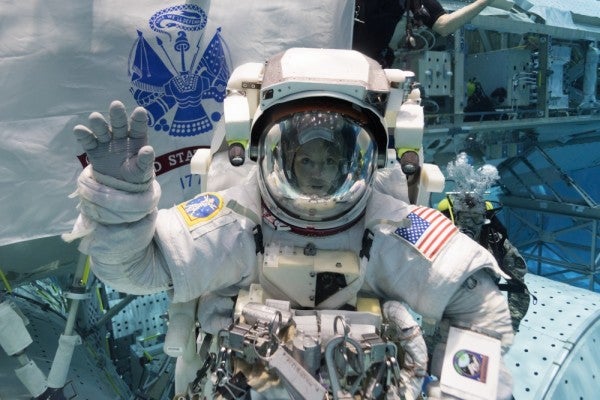 The estranged wife of Anne McClain, a Spokane native and decorated NASA astronaut, has been indicted on two charges of lying to federal authorities following a public dispute in which she accused McClain of improperly accessing their joint bank account from the International Space Station.

The indictment was handed down by a grand jury in Houston, according to the U.S. Attorney’s Office for the Southern District of Texas. Worden, 44, is expected to make her initial appearance before U.S. Magistrate Judge Dena Palermo on April 13.

The indictment does not name McClain, but the attorney’s office identified her as “a commissioned officer in the U.S. Army on detail to NASA’s Johnson Space Center.”

Worden maintained multiple accounts at USAA Federal Savings Bank and shared access with McClain. In March 2019, Worden filed a complaint with the FTC, alleging McClain had improperly accessed one account on two dates in January of that year.

Worden claimed she had opened a new account in September 2018 and reset her password to prevent McClain from accessing her accounts. But the indictment alleges Worden actually opened the account in April 2018 and did not change her login credentials until January 2019.

In August, the New York Times reported McClain went to court in 2018 seeking shared parenting rights over Worden’s son, who was born about a year before the two met. McClain also sought the “exclusive right” to choose where the boy would live if the two women couldn’t reach a custody agreement. Later that year, McClain reportedly accused Worden of assault. Those charges were dismissed.

Worden did not allege McClain had moved or used the funds in the bank account she accessed, the Times reported. In sworn testimony to the inspector general, McClain said she had viewed the account to ensure her family’s well-being in her absence. She said she used the same password she had used throughout the relationship and never heard from Worden that the account was now off-limits.

McClain could not immediately be reached for comment Monday evening, but she denied Worden’s allegations in a post on Twitter following the Times report in August.

“There’s unequivocally no truth to these claims,” McClain wrote at the time. “We’ve been going through a painful, personal separation that’s now unfortunately in the media. I appreciate the outpouring of support and will reserve comment until after the investigation. I have total confidence in the IG process.”