Brigadier General Paul Knapp will take over as the new adjutant general of the Wisconsin National Guard — replacing former Guard chief Donald Dunbar, who resigned after it was found he improperly handled sexual assault investigations. 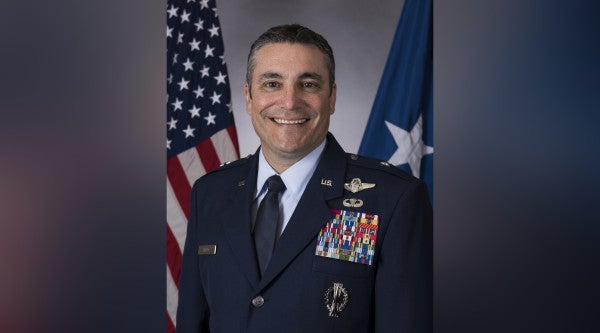 Evers described Knapp, who served in the U.S. Air Force and is in the Air Force Reserve, as a “dynamic, proven leader,” according to a Monday statement.

“His strong leadership and dedication to the State of Wisconsin are a perfect fit for the Wisconsin National Guard during this time of transition,” Evers said in the statement.

Knapp takes the helm of the Guard as it goes through sweeping reforms, including the establishment of an office of ombudsman to assist survivors and complainants in the review of allegations of sexual assault, sexual harassment and retaliation within the Wisconsin National Guard.

The transition follows an investigation that found a litany of failings in how the Guard handled sexual assault and harassment allegations.

The National Guard Bureau’s Office of Complex Investigations report, released in December, found the Wisconsin Guard’s policies and procedures for handling allegations of sexual misconduct were out of date, ineffective, understaffed and in violation of federal rules.

The approximately six-month investigation and subsequent report stemmed from allegations that officers with the Guard’s 115th Fighter Wing, based at Madison’s Truax Field, had improperly dismissed at least six incidents of sexual assault or harassment.

At the request of Evers, former Adj. Gen. Dunbar announced his resignation in December.

Earlier this year, Evers announced that Lt. Col. Brian Bischoff, an Iraq War veteran with 17 years of experience as an Army attorney, had been named ombudsman for the Wisconsin National Guard and will assist those reporting sexual misconduct.

Knapp's appointment is for a five-year term. He also has been promoted to the rank of major general.

“Being appointed as the Wisconsin Adjutant General by Governor Evers is a dream job for this kid from Antigo, Wisconsin, who chose a military career,” Knapp said in a statement. “I am humbled, grateful, and privileged to serve the professional soldiers, airmen and civilians of our amazing state.”

“We’re thrilled to welcome Brig. Gen. Knapp to the Wisconsin National Guard, and we look forward to having a leader of his caliber at the helm of our organization,” Brig. Gen. Joane Mathews, Wisconsin’s interim adjutant general and deputy adjutant general for the Army branch, said in a statement. “Our Soldiers and Airmen deserve the best leadership, and we are excited for his tenure to begin. The Wisconsin National Guard is an incredibly dedicated and professional force with a bright future ahead.”