The woman shot dead by Norfolk police after she shot her husband on Monday night was an “extremely brilliant” nuclear... 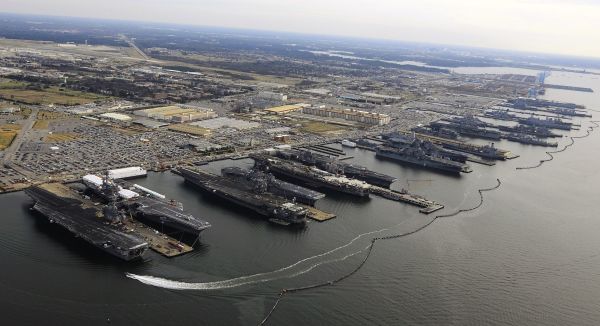 The woman shot dead by Norfolk police after she shot her husband on Monday night was an “extremely brilliant” nuclear technician who loved working for the Navy, her aunt said.

India Nichole Nelson, 25, of Norfolk, was shot dead by a Norfolk Police Department officer around 7 p.m. after she had a car accident with another vehicle, driven by her husband, at Admiral Taussig Boulevard and Hammond Avenue, state police spokeswoman Sgt. Michelle Anaya said in an email.

Nelson and her husband were involved in a domestic dispute during the wreck, Norfolk police said in a news release.

As police officers investigated the crash, Nelson shot her husband, Anaya said. One officer “engaged” Nelson and then returned fire.

Nelson died at the scene and her husband was in critical condition Monday night, Norfolk police said. By Tuesday afternoon, doctors had treated and released him from the hospital, Navy spokesman Lt. Cmdr. Matt Allen said, although he wouldn’t name him, citing Department of Defense rules.

Nelson and her husband were active-duty sailors, Allen said. Nelson, a third-class petty officer, enlisted in 2015 and reported to the aircraft carrier USS Dwight D. Eisenhower in February after training for nuclear school in Charleston, S.C.

Nelson’s body was taken to the Chief Medical Examiner’s Office in Norfolk for an autopsy.

The officers involved in the shooting have been placed on administrative leave pending the outcome of the state police’s investigation.

Nelson’s aunt, Carlyne Cardichon, described her niece as an “extremely brilliant” nuclear engineer who loved working in the Navy. Cardichon said they were just talking about going on a trip to Europe together.

Nelson and her husband had been married about two years, she said.

“I’m totally in shock,” Cardichon added. “It breaks my heart.”

Virginia State Police are investigating the deadly police shooting, the second in Norfolk this year. There were five last year, all of which were ruled justified. The Norfolk police officers involved in the shooting have been placed on administrative leave pending the outcome of the investigation.

Cardichon said she always thought her niece would become a lawyer because she was always debating. But, Cardichon said, Nelson found her niche with nuclear engineering after graduating college in New York, which is where she was from.

“It was a great joy being her aunt.”