Woman Sentenced To Prison For Feigning Blindness To Defraud The VA

A woman who feigned blindness to receive veterans' benefits has been sentenced to serve nine months in prison and repay... 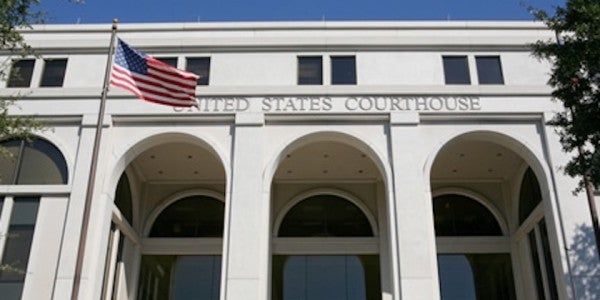 A woman who feigned blindness to receive veterans' benefits has been sentenced to serve nine months in prison and repay hundreds of thousands of dollars, according to the U.S. Attorney's Office.

Veronica Dale Hahn, 60, was sentenced Friday in the Panama City federal court. She pleaded guilty during her jury trial on charges of defrauding the U.S. Department of Veterans Affairs for years in order to receive about $400,000 in benefits. Hahn now will have to repay that amount after serving nine months in federal prison.

The U.S. Attorney's Office reported Hahn lied from November 2001 to February 2016 about being rendered blind in both eyes, which she claimed to be directly connected to her service in the military.

However, within a year of receiving her disability benefits for loss of vision, she obtained driver's licenses in New Mexico, Alabama and Florida with no vision restrictions, after passing vision exams in each state with at least 20/40 vision. During this time, Hahn also was observed driving her personal automobile on numerous occasions. Further, she worked full time as a case manager and transition counselor at several state correctional facilities, all of which required normal eyesight to perform her duties.

In the course of Hahn's jury trial in January, several government witnesses took the stand before she abruptly decided to enter a guilty plea to the charges on the second day of trial.

“Instead of providing benefits and assistance to worthy veterans who are justifiably in need, significant resources from the Department of Veterans Affairs were diverted to uncover an extensive and persistent fraud by Ms. Hahn, who repeatedly gave dishonest information and collected hundreds of thousands of dollars to which she was not entitled,” said U.S. Attorney Christopher P. Canova. “This case sends the message that you cannot make false disability claims and just walk away from such a crime.”