Congress Shelves Plan To Have Women Register For The Draft 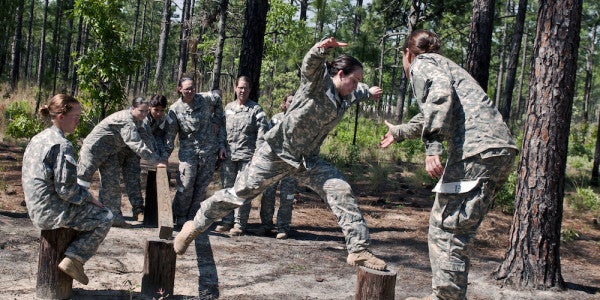 The Senate Armed Services Committee's markup of the defense budget released June 29 left out proposals to have women register for the military draft.

The move essentially tabled the controversial issue following similar action June 26 in the House Armed Services Committee's markup of the National Defense Authorization Act for fiscal year 2018. Proposals by Rep. Jackie Speier, Democrat from California, and others to have women register for Selective Service were dropped from that bill.

Speier unsuccessfully argued for an amendment to the NDAA that would have required women to register for the draft. “It's time to stop delaying the inevitable with parliamentary gymnastics,” she said. “If it does come to a draft, men and women should be treated equally.”

Her amendment failed by a vote of 33-28 in the committee.

Committee Chairman Rep. Mac Thornberry, R-Texas, opposed Speier's amendment, saying it was getting ahead of an ongoing review of the Selective Service System.

Last year, committee members approved a similar measure requiring women to register for the draft, but Republican leaders stripped the language on the House floor.

The Senate last year also backed the military draft for women but dropped the issue in budget negotiations with the House.

Women have always been exempt from the law requiring all men ages 18 to 26 to register for possible military service with the Selective Service System. The main argument against women registering for the draft had been that they were excluded from serving in combat jobs. However, the Defense Department has since lifted combat restrictions.

At a May 22 Brookings Institution forum, Thornberry was asked to state his position on women and the draft.

He responded, “We have appointed a commission to look at this. We'll see what they have to say,” but he gave no timeline for the study to be completed and no indication whether Congress would be prepared to act when the commission files a report.