In her 97 years, Bertha Dupre served in World War II, rode the rails for Amtrak and, in her 80s, became a full-time student at UNC Charlotte. But she died alone in December, with no family left to claim her body 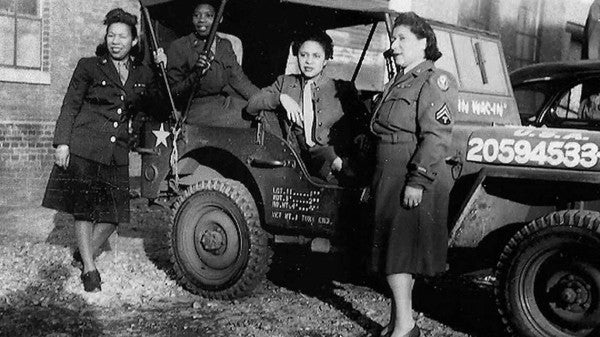 In her 97 years, Bertha Dupre served in World War II, rode the rails for Amtrak and, in her 80s, became a full-time student at UNC Charlotte.

But she died alone in December, with no family left to claim her body. That gnawed at a growing number of volunteers she never knew in life but who will take her to a final rest.

“The more we learned about Ms. Dupre, we put our minds together and said we're going to make this special. We would give her the burial she deserves,” said Russ Roakes, a funeral director at Powles Staton Funeral Home in the Rowan County town of Rockwell.

Word of Dupre's passing at a Concord nursing home came from a Cabarrus County veteran services officer. She asked whether Powles Staton, which specializes in services for veterans, could help. Roakes and his colleague in a family-owned business, Andrea Lefko of Carolina Cremation in Salisbury, went to work.

Dupre raised a stepson, but he couldn't be located at her death, they learned. Neither could a sister who was also in her 90s.

Dupre grew up in Pennsylvania and joined the War Department as a clerk and typist when war broke out, according to a 2008 Observer article on Dupre. She later joined what would become the Women's Army Corps, and her battalion became the only all-black unit deployed to Europe in World War II.

The U.S. military was still segregated at that point, and black WACs were not supposed to be sent overseas. But the mail in Europe was piling up, so the Army deployed 800 women, many of them hand-picked for the assignment.

They were, the battalion's commander later recalled according to a Defense Department history, “the best WAC unit ever sent into a foreign theater. … The eyes of the public would be upon us, waiting for one slip in our good conduct or performance.”

In England, and later in France, the women of the 6888th Central Postal Directory Battalion worked in three shifts, seven days a week, to sort long-overdue letters and packages for U.S. soldiers. The lack of reliable mail delivery was hurting morale, Army officials reported, according to an article posted by the U.S. Army Center of Military History.

Black soldiers who served in World War II were largely forgotten after it. Filmmakers making a documentary about them, based on the 2010 book “Breath of Freedom,” watched hundreds of hours of film to recover less than 10 minutes of footage of African Americans, author Maria Höhn wrote in the Military Times last year.

“For me, just her being a woman and kind of defying the odds was something that touched me,” Lefko said. “You just don't hear about that a whole lot.”

After the war, Dupre went to work for the Veterans Administration and joined the WAC reserves. She was called back to service at the outset of the Korean War and spent a year working in Virginia.

Dupre later worked for the quartermaster in Washington and Philadelphia and became a housekeeping supervisor at Bowie State University in Maryland. For 11 years, she supervised service employees aboard Amtrak's rail line between Washington, D.C., and Montreal.

Retired and in search of warmer weather, she moved to Charlotte in 1992. Years later, Dupre enrolled in UNCC's art program and plunged into campus life, although the school says she didn't graduate.

By 2008, when the Observer reported on her, she was 87 and walking with a cane but was usually the first in class to raise her hand. Classmates marveled at her birth during the Depression and memories of the civil rights movement. A professor cited her “natural curiosity and zest for life.”

“Just for the sense of satisfaction,” Dupre said of her return to school. “At my age, it's not like I'm going to go out and use it for anything. I still have a little bit of brain left, and this feels good. I'm happy at it.”

In 2009, according to another Observer story, Dupre joined 105 Charlotte-area veterans who were flown to Washington, D.C., to visit the World War II Memorial. Former U.S. Sen. Elizabeth Dole of Salisbury paid most of the $75,000 tab.

Something like the scene in Washington, where police escorted them and Marines staged a drill performance for the old warriors, will be repeated for Dupre at Salisbury National Cemetery at 11 a.m. on March 22.

The N.C. National Guard will perform military rites and the Rowan County Veterans Honor Guard will fire a final salute. Her ashes will be placed in the cemetery's columbarium.

The public is invited to the ceremony, and Roakes and Lefko hope they will be surprised at the turnout.

When a Holocaust survivor died alone in Toronto in January, the Washington Post reported, his rabbi resorted to Facebook to seek volunteers to attend the funeral. Two hundred strangers showed up on a day when the temperature was 16 degrees below zero.

What can a minister say about a person whose life he knows only by the barest outlines? Rev. Carlin Ours, pastor of Organ Lutheran Church in Salisbury, said he'll likely turn to what is called “the ministry of presence.” It means simply being there for Dupre at the end.

Ours, who served in the Army, comes from a family line of military veterans. His oldest son, Jesse, took his own life in 2013 while suffering from post-traumatic stress disorder after serving as an Army infantry soldier in Iraq. He often volunteers to lead services in cases like Dupre's.

“God said, 'I'll be your family when you have no one else.' And I think that's kind of what we're trying to do for her, to be a family for her through God, and then the military is also a family,” Ours said. “She stepped up for everybody else a long time ago. So that's the last thing we can do for her, is be her family when she doesn't have any around.”