During WWII, the US Army did a massive survey to get soldiers’ uncensored opinions — here’s what they said 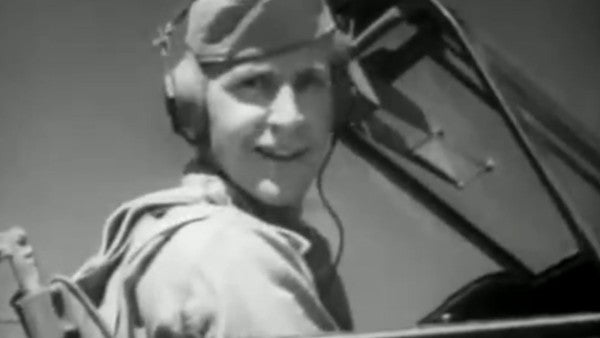 In September 1940, World War II was a year old. The US was still a noncombatant, but it was preparing for a fight.

That month, the US introduced the Selective Training and Service Act — the first peacetime draft in US history. Mobilizing the millions of troops was a monumental task and essential to deploying “the arsenal of democracy” that President Franklin D. Roosevelt called on Americans to provide.

Inducting millions of civilians and turning them into effective troops — and keeping them happy, healthy, supplied, and fighting — was also a daunting challenge.

In order to find the best way to do that, the War Department mounted an opinion survey, polling nearly a half-million soldiers stationed all around the world throughout the war. Their uncensored responses, given as the war was being fought, are an unprecedented window into how those troops felt about the war, the military, and their role in both.

“Entirely too much boot-licking going on,” one soldier wrote. “Some sort of a merit system should be instituted.”

“Spam, Spam, Spam. All I dream about is Spam,” wrote another.

In an email interview, Edward Gitre, a history professor at Virginia Tech whose project, The American Soldier in World War II, has compiled tens of thousands of responses to those surveys, explained why the Army sought the unvarnished opinions of its soldiers and what those opinions revealed.

Christopher Woody: Why did the War Department conduct these surveys? What did it want to find out about US troops and how did it want to use that information?

Gitre: Henry Stimson, the aged Secretary of War, outright barred the polling of US troops when one of the nation's leading pollsters, Elmo Roper, first pitched the idea in spring 1941. The War Department was not in the habit of soliciting the “opinions” of foot soldiers.

Yet an old friend of the Roosevelt family, Frederick Osborn — who had already helped to institute the country's first peacetime draft in 1940 — quietly but effectively made the case. Chiefly, he convinced Stimson and other leery officers that surveys would be for their benefit. Surveys would provide them information for planning and policymaking purposes. Allowing and encouraging GIs to openly air their “gripes” was not part of Osborn's original pitch.

When George C. Marshall became chief of staff in 1939, he compared the US Army to that of a third-rate power.

With the passage of the draft in 1940, the War Department would face the monumental challenge of rapidly inducting hundreds of thousands, then after Pearl Harbor millions of civilians. Most lacked prior military experience. But this new crop was also better educated than previous generations of draftees, and they came with higher expectations of the organization.

The surveys, then, would help address a host of “personnel” issues, such as placement, training, furloughs, ratings, so on and so forth.

A party of newly arrived US troops in Britain having a meal from food containers, at their quarters, June 28, 1942. (AP Photo)

The civilian experts the Army brought in to run this novel research program were embedded in what was known as the Morale Branch. This outfit, as the name suggests, was tasked with shoring up morale. These social and behavioral scientists had to figure out, first, how to define morale, and, second, how to measure it.

Some old Army hands insisted that morale was purely a matter of command, that it was the byproduct of discipline and leadership. But reporting indicated pretty clearly that morale correlated to what soldiers were provided during off-duty hours as well, in terms of recreation and entertainment.

To address the latter, the War Department created an educational, recreational, welfare, and entertainment operation that spanned the globe. The numbers of candy bars and packages of cigarettes shipped and sold were accounted for not in the millions but billions.

If you were coordinating the monthly global placement of, say, two million books from best-sellers' lists, wouldn't you want to know something about soldier and sailor preferences? A whole class of survey questions were directed at marketing research.

Woody: What topics did the questions cover, and what kind of feedback and complaints did the troops give in response?

Gitre: The surveys administered by the Army's Research Branch cover myriads of topics, from the individual food items placed in various rations, to the specific material used in seasonal uniforms, to the educational courses offered through the Armed Forces Institute.

A soldier might be asked a hundred or more multiple-choice and short-answer questions in any one survey. They would be asked to record more their behaviors, insights, and experiences related to service directly. They were asked about their civilian lives as well, including their previous occupation, family background, regional identity, religion, and education. This information could be then correlated with other military and government records to provide a more holistic picture of the average American GI.

One of this research outfit's most reliable “clients” was the Army's Office of Surgeon General. The quality and effectiveness of medical and psychiatric care had wide implications, not least in terms of combat readiness. The Surgeon General's office was interested in more than the care it provided. Soldiers were asked about their most intimate of experiences—their sexual habits and hygiene among them.

Administered in August 1945, Survey #233 asked men stationed in Italy if they were having sex with Italian women, and, if so, how frequently; did they pay for sex, how did they pay, did they “shack” up, use a condom and if not why not, drink beforehand, and did they know how to identify the symptoms of an STI? The battle against venereal diseases knew no lines of propriety.

The Research Branch surveyed or interviewed a half-million service members during the war. The answers they received were as varied as one can imagine, though there were of course common “gripes,” which the old Army hands could have easily ticked off without the aid of a cross-sectional scientific survey.

Yet the scope WWII military operations and the influx of so many educated civilians did create innumerable challenges that were often novel.

But from the soldier's perspective, it should not come as a shock that so many of them might have taken to heart the premise of the US's involvement in the war, that the US was committed to defending democracy, and alone if necessary.

Respondent after survey respondent demanded, then, that the US military live up to the principles of democracy for which they were being called to sacrifice. And so, they savaged expressions of the old Regular Army's hierarchical “caste” culture wherever they saw it, but especially when it frustrated their own hopes and ambitions.

They wanted, in the parlance of the day, “fair play” and a “square deal.” They wanted to be respected as a human being, and not treated like a “dog.”

Woody: The US military drew from a wide swath of the population during WWII. How do you think that affected troops' perception of the war, of military and civilian leadership, and of what the troops themselves wanted out of their service?

Gitre: The WWII US Army is known as a “citizen soldier” army (as opposed to a professional or “standing” army). It was also at the time described as a “peacetime army.” Compulsory service was passed by Congress in September 1940, roughly 15 months prior to Pearl Harbor. Military conscription was from its inception a civil process.

That year-plus gap had a deep and lasting impact on how the War Department approached the rapid expansion of US forces. Just the same, it also shaped the expectations of Americans who were called to serve—as well as of their family members and loved ones, and the wider public.

The success of the Selective Service System would depend on the state in which the Army returned soldiers back to civil life. They would need to feel that they had gained something from the military, in the form of skill training or more education.

“In a larger sense provides an opportunity to popularize the Army with our people which is essential for an efficient fighting force,” the secretary of war said. “Maintenance of a high military morale is one of the most important contributing factors to good public morale,” he continued.

This view filtered down into the ranks. Sailors and soldiers expected to receive useful training and additional education. They also believed the military would put the skills, experiences, and practical know-how they already possessed as civilians to good use.

A 7th Army Division soldier, hit in the foot and head, is treated by a medic and put on a litter to be carried to the rear, in Okinawa, April 1945. (AP Photo)

Woody: Was there anything in the troops' responses that surprised you?

Gitre: What has surprised me most, I think, are the many remarks not about command and leadership but race.

We know that leaders of and activists in the Black community pressed the War Department and Roosevelt administration to confront the nation's “original sin” and strike down legal segregation. How otherwise could the US claim to be a champion of democracy while systematically denying the rights of a population that was liable, as free white citizens were, to compulsory service?

Black leaders embraced the V-shaped hand signal that was flashed so often to signify allied Victory, and they made it their own, calling for “Double V” or double victory: that is, victory abroad, and victory at home.

Surveys from Black soldiers demonstrate in rather stark terms how pervasively this message took hold among the rank and file. African Americans were especially well attuned to and critical of the military's caste culture and to its reinforcement of white supremacy.

It is especially jarring, then, to read commentaries from soldiers defending the continuation of white male supremacy. Not only did some of these respondents opine on the virtues of segregation and the inferiority of Blacks. A whole host of them objected likewise to women in uniform.

But undoubtedly the most shocking responses are those that espouse naked anti-Semitism. These cut against the grain of our collective memory of the American GI as liberator of the German death and concentration camps. Statements of these sort are rare. Yet they exist.

Woody: What's your biggest takeaway from these surveys about troops' feelings about the war and their attitudes toward the military?

Gitre: When I first encountered these open-ended responses, I was almost immediately captivated by how similarly white and Black soldiers wrote about equity in the military. These two populations sometimes used the same exact phrasing.

For so many Black soldiers, military service presented itself as an opportunity to break the shackles of structural inequality. They pleaded for merit-based assignments, postings, and promotions. You can flip over to surveys written by white enlisted men and you can see them wrestling with the same involuntary constraints arising from their own submission. They vigorously protested being treated like a “dog,” or a “slave.”

The leveling effect of military service was profound—and not simply for the individual soldier, psychologically. The survey research Osborn's team conducted on race, merit, and morale demonstrated that not only were Black soldiers just as effective in combat, but that the proximity of Black and white troops in combat situations improved race relations, instead of destroying morale, as had long been feared. This research fed the 1947 Executive Order 9981 desegregating the US armed forces.

That brings us back to that 1940 peacetime decision to make military service compulsory as a civic duty. You can't overestimate its significance. This isn't a plea for compulsory military service. Yet as I continue to read these troop surveys, I am confronted daily by the prospect that we are losing the hard-won insights and lessons of a generation that is passing into its final twilight.