A Navy flattop just arrived in Hawaii with an unusual cargo: a fleet of World War II-era warbirds 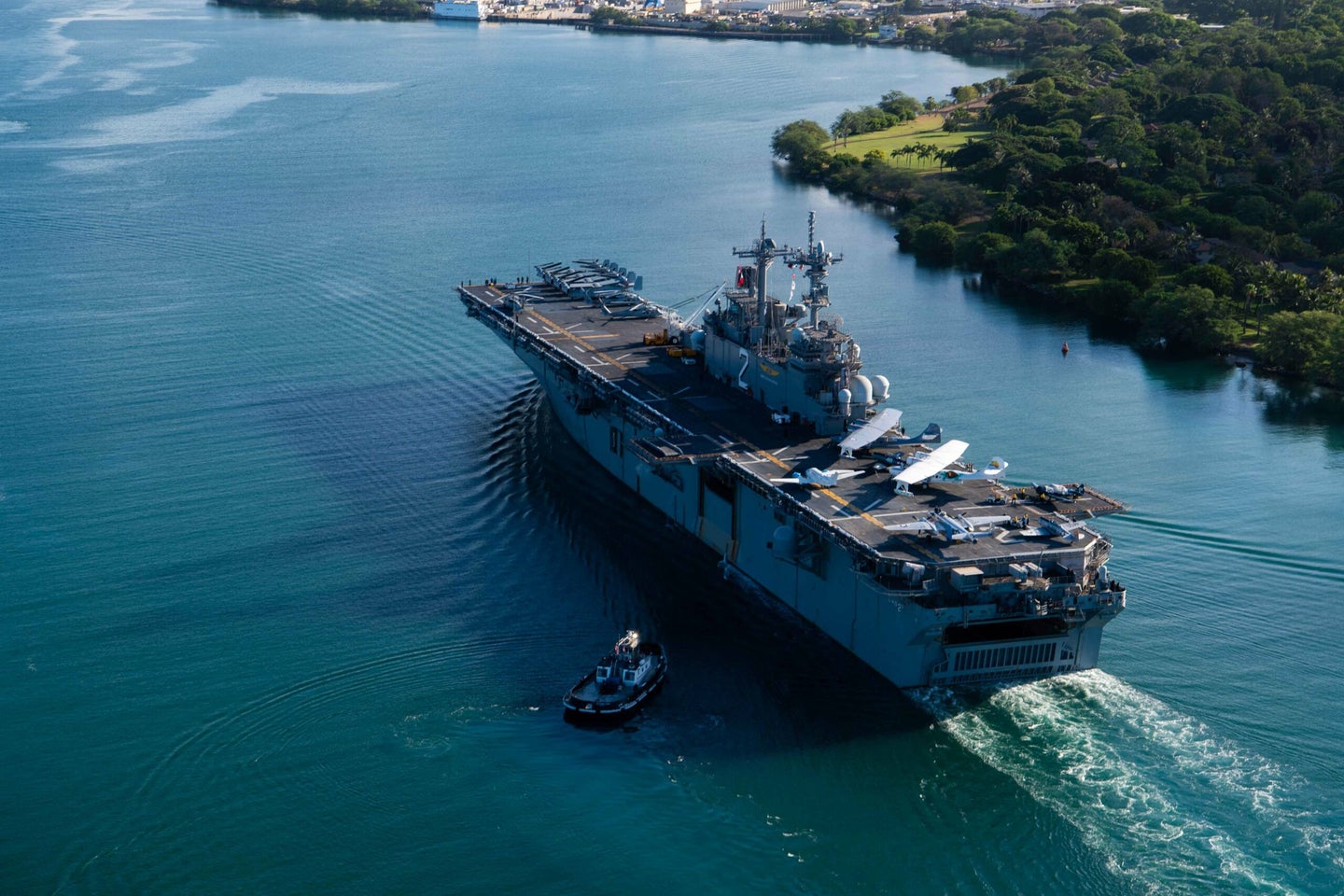 A Navy flattop just arrived in Hawaii with an unusual cargo: a fleet of World War II-era warbirds.

The Wasp-class amphibious assault ship USS Essex arrived in Hawaii's Pearl Harbor — site of the infamous Japanese surprise attack of December 7, 1941 — laden with a handful of vintage aircraft on Monday, according to the Navy.

The warbirds are set to take part in a commemoration of the 75th anniversary of the end of WWII from Aug. 29 to Sep. 2, according to the Honolulu Star-Advertiser, with some 30 U.S. military veterans of the conflict expected to attend.

The United States and the Allies declared victory over Japan on Aug. 14, 1945, following the twin atomic bombings of Hiroshima and Nagasaki the previous week, with Japanese officials formally surrendering on Sept. 2.

According to the Navy, the theme for this year's commemoration is “Salute Their Service, Honor Their Hope” in recognition of the WWII veterans and civilians who contributed to the end of the war.

The commemoration itself will include three “Legacy of Peace” flyovers of the aircraft culminating with an official ceremony on USS Missouri on Sept. 2.

As The War Zone notes, Navy flattops have hosted to WWII-era warbirds for decades: Back in 1992, the USS Ranger aircraft carrier launched a pair of B-25s to commemorate the 50th anniversary of the 1942 Doolittle raid on Japan.

According to the Honolulu Star-Advertiser, one of the B-25s involved in this year's commemoration belongs to David Prescott, who sent his B-25 named “Old Glory” to San Diego to eventually make the trip to Hawaii aboard the Essex.

“It’s important to me,” Prescott told the Honolulu Star-Advertiser. “It’s probably one of the last times (some of these veterans) will be able to see this.”