Wounded Warrior Project has begun to cut the size of its 600-person workforce as it hits the reset button after... 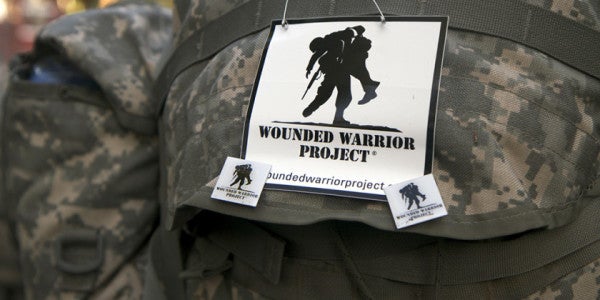 Wounded Warrior Project has begun to cut the size of its 600-person workforce as it hits the reset button after months of upheaval at the Jacksonville-based organization, which faced a backlash after media reports in January questioned its spending practices.

Layoffs began this week. Wounded Warrior did not say how many jobs would be cut when it released an announcement Wednesday about the ongoing reorganization, but more details are expected in the coming days.

Wounded Warrior grew rapidly into one of the nation’s largest charities with programs in 24 offices nationally. Roughly half its employees work out of Jacksonville for the nonprofit, whose mission is helping veterans suffering from service-related wounds since the Sept. 11, 2001, terrorist attacks.

While the overall workforce will be smaller, Wounded Warrior said the restructuring will simultaneously add more staff to targeted programs deemed as serving the greatest need — mental health, long-term home-based support services, and helping veterans engage with each other in community activities.

CEO Mike Linnington said the changes aim to “better serve those who need this organization the most.”

“We are strengthening our programs to better serve our warriors and their families, and will strengthen relationships with community partners in caring for our military community, as well as facilitating partnerships with organizations and businesses doing great work in the civilian sector,” he said in a statement.

The announcement said the organization will “immediately reduce” its executive staff by nearly 50 percent. Wounded Warrior did not identify the positions being eliminated, but the layoffs this week included Jeremy Chwat, a longtime executive who was chief strategy officer.

Linnington, a retired Army lieutenant general who began as CEO on July 18, had signaled in early August he expected the restructuring would involve layoffs, salary cuts for some senior executives, and reductions in financial grants to smaller veterans organizations.

For a decade, Wounded Warrior Project posted meteoric growth, going from $18.6 million in revenue in the 2007 fiscal year to $399 million in the 2015 fiscal year.

After national reporting on CBS News and the New York Times questioned how Wounded Warrior spent some of its fast-increasing revenue on an annual employee conference, the organization’s board ousted Steven Nardizzi as CEO and Al Giordano as chief operating officer.

Nardizzi said Wednesday that based on his projections, he thinks that when Wounded Warrior Project starts its next budget year on Oct. 1, the organization will face a huge drop in what it can expect in donor support. Nardizzi said he expects the organization will have fallen back to where it was around 2012 when it was substantially smaller in terms of employees and the number of veterans served.

He said the board’s decision to fire him and Giordano, even as the board simultaneously rebutted charges that were raised in the news reports, sent a mixed message and caused donors to turn away from Wounded Warrior. The falloff in support “will have a dramatic impact on operations,” Nardizzi said, adding he doubts the organization can recover the growth rate from past years.

He said Wounded Warrior should lay out exactly where its fundraising stands and what its projections are so veterans who rely on Wounded Warrior programs will know what to expect.

“I truly hope that as the public learns about the challenges the organization is having right now, they will decide to continue to step up and give because it really is an incredible organization with incredible people providing a service and making an impact that no one else is,” Nardizzi said.

Wounded Warrior said it recently received GuideStar Platinum recognition, which is the highest rank from GuideStar, a clearinghouse for information about charity organizations.

Wounded Warrior’s reorganization will have a widespread ripple effect because the charity’s size enabled it to provide financial support to many other organizations.

The Professional Association of Therapeutic Horsemanship International charity, for instance, used a partnership with Wounded Warrior to serve more than 1,000 veterans at PATH’s national network of riding centers since 2011. PATH learned this summer they wouldn’t get financial support in Wounded Warrior’s next budget.

“We’ve had a great relationship with them over the years,” said Kaye Marks, director of marketing and communications at PATH. “They’ve been wonderful and a lot of people have been helped. Hopefully, it will all come back around one day.”