One Month Later, We Still Don’t Know What Went Wrong With That Wright-Patterson Active Shooter Scare

At least nine U.S. military installations have reported active shooter false alarms in the past three years, but none like... 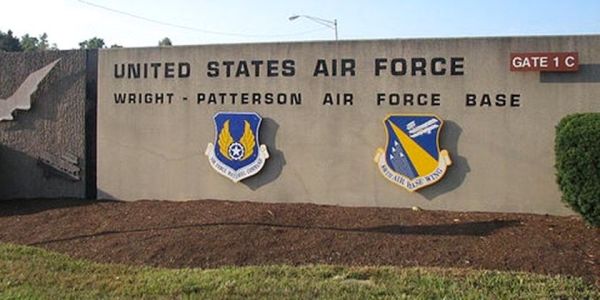 At least nine U.S. military installations have reported active shooter false alarms in the past three years, but none like the chaos that unfolded at Wright-Patterson Air Force Base on August 2.

Few new details have emerged in the month since the active shooter scare at the base’s medical center plunged Wright-Patt into hours of uncertainty as base personnel were forced to remain in buildings and others were not allowed to enter gates.

The base has said there was no active shooter, one military personnel was injured during the alarm and during the search of the medical center, a member of the security force shot a weapon to breach a closed door in the building.

Key records that could offer clues as to what unfolded at the base, such as the original 911 call that day, have so far been withheld from the public. Citing the federal Freedom of Information Act, this newspaper requested 911 calls routed through the base’s emergency operation center nearly a month ago that have gone unfilled to this point.

The gears of the federal government’s public records system grind slowly, said Frank LoMonte, a public records expert serving as director of the Brechner Center for Freedom of Information at the University of Florida. Typically, LoMonte said, federal agencies have somewhere between a three to six-month backlog on record requests.

“If the agency doesn’t respond to you in three months, you’ve really got no meaningful recourse,” LoMonte said. “You can appeal it but the appeal process is also really slow so you’d just be trading one long waiting line for another.”

Wright-Patt officials said they are reviewing the first 911 call to make sure there is “no personal identifying information” in it, said spokeswoman Marie Vanover. Once that process is completed, Vanover said the call would be released but she had no estimated time frame.

Just a day after the incident at Wright-Patt, this newspaper obtained 911 calls from Fairborn Police and the Greene County Sheriff’s Office about the incident.

An active shooter drill was scheduled at Wright-Patt on the day of the false alarm, but it’s unclear if it caused the scare. Vanover and base officials have declined to say whether the exercises played a role because of ongoing investigations.

At Travis Air Force Base in northern California and Maryland’s Joint Base Andrews, active shooter drills directly played a role in how the false alarms were initially reported.

An hour before the drill was to start at Joint Base Andrews on June 30, 2016, someone with prior knowledge of the drill misidentified security as active shooters near the Malcolm Grow Medical Facility, said spokesman Tim Godbee. That person’s report initiated a “real-world response” and a sweep of the medical center.

Only base leaders at Andrews were notified beforehand of the “no-notice” drill, an exercise meant to be performed without all personnel being notified of it, Godbee said.

A canceled practice exercise at Travis Air Force Base caused the false alarm there on June 14, 2017, Travis spokesman Capt. Lyndsey Horn said. Though the exercise had been terminated, someone mistakenly called the base’s emergency control center and reported an active shooter drill, leading security forces to treat it as a “real-world” threat.

“Though it was a false alarm, our emergency teams reacted swiftly and appropriately,” Horn said.

Someone from inside Wright-Patterson Medical Center called 911 around 12:40 p.m. on Aug. 2.

It’s unclear what that initial 911 caller reported but the call went to the base’s operation center and prompted Wright-Patt’s security forces and fire department to respond. In response to the 911 call, Wright-Patt security forces began a systematic sweep and clear of the entire hospital facility.

In preparing for an active shooter drill, it’s important to give people a heads up so the situation is not mistaken for an actual threat, said Greg Crane, founder and chief executive officer of the ALICE Training Institute in Medina, Ohio. The institute trains people to respond to active shooter attacks in a way that improves their chances of survival, according to the organization’s website.

“Whenever we’re doing a training obviously internal personnel are aware that a training is taking place,” Crane said. “We also contact law enforcement…that way if someone does call local law enforcement, they may not send the whole cavalry.”

Wright-Patt personnel were notified that emergency training was going to take place, the 88th Airbase Wing installation commander Col. Thomas Sherman said during a press conference that day. The exercises were published in the base’s newspaper Skywriter.

There isn’t a perfect training “playbook for responding to a killer,” Crane said, and for that reason, it’s not uncommon for drills to be mistaken for actual incidents.

Although the three most recent active shooter threats at Air Force bases turned out to be false alarms, the situation at Wright-Patt unfolded much differently than the scares at Travis and Andrews.

Unlike the incidents at Travis and Andrews, one of Wright-Patt’s “defenders” was injured during the sweep of the base hospital, Vanover said.

It took nearly three hours for the incident at Wright-Patt to conclude while the scares at Travis and Andrews were determined to be false alarms in much less time. At both Andrews and Travis, authorities gave the “all-clear” around 90 minutes or so after the first 911 calls were made, officials said.

Chief among the concerns being investigated at Wright-Patt is a security force member’s use of a firearm to breach a locked door in Wright-Patterson Medical Center. No shots were fired during the active shooter incidents at Travis or Andrews, spokespeople for each base said.

Though it’s not unheard of, Crane said firing a weapon to open a door should always be a last resort. Law enforcement should avoid firing into a door unless they are sure that a “bad guy” is on the other side because a bullet may not stop at the door, Crane said.

“When it comes to using force, I would like to know that there’s a need to use force and that we had exhausted any other means,” Crane said. “Any time there’s a use of force, collateral damage is the potential consequence. That’s the one thing about shooting that every officer has to take into account.”

Photos obtained by this newspaper by employees at Wright-Patt show bullet holes in a wall and a computer inside a room following the incident.

Wright-Patt is putting together a formal review board to evaluate the response to the active shooter scare but the group will not look into security’s use of force.

Instead, the Air Force Office of Special Investigations is looking into the shots fired at Wright-Patt. Spokeswoman Linda Card said she could not comment on the probe while it is still ongoing.

“I would like to think there was a reason that door was forcibly breached,” Crane said. “Anything else probably requires more investigation.”