One year after an active shooter scare plunged Wright-Patterson Air Force Base into hours of chaos, the military installation's leader is hoping more technology and better communication will prevent such a situation from repeating itself 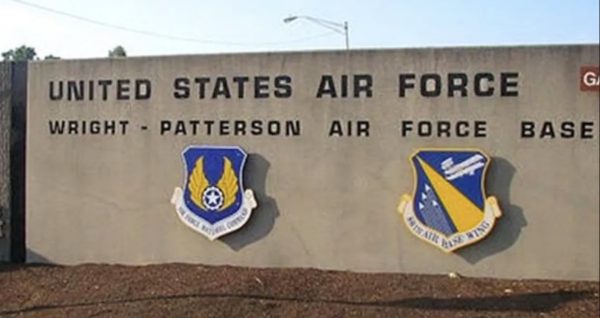 One year after an active shooter scare plunged Wright-Patterson Air Force Base into hours of chaos, the military installation's leader is hoping more technology and better communication will prevent such a situation from repeating itself.

As the one year anniversary of the false alarm approaches Friday, Wright-Patt will again be conducting emergency exercises. The weeklong training started Monday.

After the active shooter incident last August, a review board's recommendations have been implemented in the hopes of avoiding a similar scare, said Col. Tom Sherman, 88th Air Base Wing and installation commander.

“We need to use what happened not as something that defines us, but something that makes us better,” Sherman said. “I think that we're going into this better than we were at this time last year.”

The confusion last August stemmed from two exercises, including an active shooter drill taking place at the Kitty Hawk Chapel and a mass casualty exercise the 88th Medical Group held at the Wright-Patt Medical Treatment Facility, according to the report.

The confusion resulted in a military service member discharging multiple rounds of ammunition from an assault rifle. The “poorly planned and executed” base exercises caused a chaotic response to the August false alarm, according to a report about the incident released in December.

An uncoordinated response from law enforcement in August could have resulted in “serious injury and property damage” and terrified staff and civilians in a hospital filled with “fog and friction,” the report stated.

Active shooter false alarms are not uncommon on military installations. But, a Dayton Daily News investigation found that few others unfolded like the one at Wright-Patt did.

When the Aug. 2 active shooter scare occurred, it resulted in local, state and federal law enforcement responding to the base. Law enforcement could be seen clustered just outside base gates a year ago as the scene unfolded.

Now, if off-base authorities are called they will know to respond to a specific “staging area” for emergencies, Sherman said.

Since the false alarm, Sherman said the base has added to the radio systems it uses so it can better communicate with outside law enforcement. Wright-Patt has also linked its emergency systems with 911 call centers so the base is sharing information with the appropriate dispatch locations throughout the area.

“That sense of shared consciousness that we built into this, what that does is that allows for the ability to make deliberate response procedures based on how the situation is evolving,” Sherman said. “That's really the goal from this.”

Though the base will look to avoid the chaos of last August, traffic around Wright-Patt could be impacted throughout the week. Base gates and roads may occasionally be backup up or closed during exercises, according to a release.

Base personnel and nearby residents will likely hear sirens or a voice over a Wright-Patt loudspeaker. But, the voice and other communications that are part of the drill will start with the word “exercise,” being repeated three times. Sherman said.

During training, base personnel will “be called upon to respond to a variety of emergency scenarios,” according to Wright-Patt. Included in the training will be a search and recovery exercise and force protection condition changes, according to the base.

Base inspectors, wearing bright-yellow reflective vests, will evaluate the response to the exercise events throughout the week. The training is part of a set of quarterly exercises performed to meet annual Air Force requirements, according to Wright-Patt.

“Through preparedness, we can collectively work on any emergency, any situation together,” Sherman said. “I think that what this does is it increases that faith that we have in the community and that the community has in us.”