Lawyers for the “Norfolk Four,” the Navy sailors wrongly convicted in the rape and murder of an 18-year-old woman in... 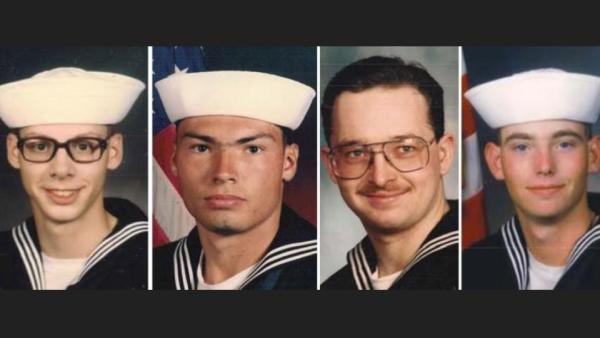 Lawyers for the “Norfolk Four,” the Navy sailors wrongly convicted in the rape and murder of an 18-year-old woman in 1997, have threatened to sue the city for $68 million or more – a potentially catastrophic threat to the municipal budget.

Separate claims sent to the city over the past month say Norfolk police officers, including then-Detective Robert Glenn Ford, coerced false confessions from the men and hid evidence that could have kept them free.

“It is time for Mr. Tice to receive the compensation for the many years of his life that were unjustly taken away from him,” wrote a lawyer for one of the men, Derek Tice.

Lawyers for the other three – Joseph Dick, Danial Williams and Eric Wilson – wrote that they could file suit if the city doesn’t begin settlement negotiations by June 1. None of the four men’s lawyers could be reached for comment Wednesday.

If Norfolk was ordered to pay tens of millions all at once, it could mean a tax increase or steep cuts in city services.

Norfolk has only $7 million in the reserve fund it uses to pay lawsuit judgments. The city is entirely “self-insured,” meaning it alone is responsible for covering damages. In contrast, some cities have insurance policies that help pay catastrophic lawsuit judgments.

Afterward, the interim city manager, Doug Smith, announced Norfolk will put $2 million into its “risk management” reserve fund, bringing the total to $7 million. Smith did not mention the Norfolk Four.

The city has another $5 million in an economic-downturn reserve, Budget Director Greg Patrick said.

The Norfolk Four served the mayor and city attorney with notices of claim, which are required before filing suit against a government in Virginia. The city released copies of the claims Wednesday in response to a Freedom of Information Act request by The Pilot.

Mayor Kenny Alexander declined to comment on the case, and Pishko didn’t respond to a call and email seeking comment Wednesday.

Plaintiffs can seek any amount in a lawsuit, and it’s common for people who ask for millions to settle for a fraction. But the Norfolk Four case has drawn worldwide attention, and a federal judge ruled last year that the men were clearly innocent.

Three of the men – Dick, Tice and Williams – were convicted of rape and murder. They served a decade behind bars before being released in 2009, following conditional pardons by then-Gov. Tim Kaine. Wilson, who was convicted of rape but not murder, had already served his sentence by 2009 and was denied a pardon.

In their notices, lawyers for the men say the effects of the wrongful convictions lingered for years after they were out of prison. All four had to register as sex offenders until they were fully pardoned by Virginia’s governor this year. Wilson’s lawyer, Stephen Northup, wrote that being on the registry limited where he could live and work, and he couldn’t adopt his stepson.

On July 8, 1997, Michelle Moore-Bosko was found dead by her husband. She had been raped, stabbed and strangled in the couple’s apartment.

Police soon suspected one of her neighbors, Williams, who was known to have a crush on Moore-Bosko. Williams’ roommate, Dick, also became a suspect.

Under questioning, both men admitted to having intercourse with Moore-Bosko while she struggled, and they also said they stabbed her.

Dick led police to Wilson, who eventually told investigators he had held Moore-Bosko down while Williams raped her.

“It is clear that Dick was a dupe for the police, whom they could manipulate to get any story they wanted,” U.S. District Judge John Gibney Jr. wrote in the 2016 ruling that concluded the four are innocent.

Like the others, Tice initially denied any involvement but ultimately confessed to the rape and murder.

But the four men left no DNA in the apartment.

In 1999, Omar Ballard, whose DNA was at the scene, confessed that he alone raped and murdered Moore-Bosko.

The Norfolk Four all later said a detective, Ford, forced false confessions out of them.

In an unrelated case, Ford was convicted in 2011 of taking money from criminals in exchange for trying to win them leniency in court.

He is scheduled to be released in 2022, according to Federal Bureau of Prisons records.

In 2009, Kaine granted partial pardons to Tice, Williams and Dick and released them from their life sentences, though their convictions remained in place. Wilson already was free, and Kaine denied his request for clemency.

During a public meeting May 2, City Council members said they were concerned about whether the city had enough money to pay lawsuit judgments.

The Norfolk Four case appeared to be on their minds, the claims having been served on the city just days earlier.

But they carefully avoided any mention.

“I think we all heard today about some ongoing potential big chunks of risk,” Vice Mayor Theresa Whibley said.

The city is considering buying insurance that would take care of some lawsuit judgments.

But it would cover only events that happened after the date the insurance is in place, so the city will be on the hook for the Norfolk Four cases regardless.

At the May 2 meeting, Councilwoman Angelia Williams Graves said she wanted more information about how much the city could have to pay out.

“Because we do have some things that are coming down the pipe, so I would like – I think I would like this offline, like a worst-case scenario,” Graves said.

The next week, the council and city attorney discussed the Norfolk Four behind closed doors.