"Barry was an ordinary man who really did extraordinary things." 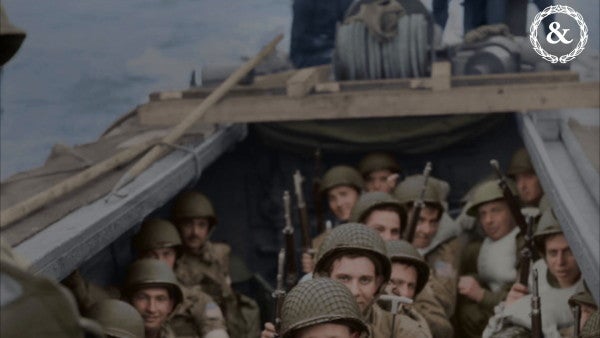 SOUTH PORTLAND — Friends, family and local veterans gathered at the Maine Military Museum on Sunday to dedicate a memorial to the late Barry Scott, a Bronze Star recipient who for decades refused to publicize his exploits during World War II.

Members of Rolling Thunder, a motorcycle group dedicated to prisoners of war and those missing in action, helped officiate the ceremony in South Portland.

“Barry was an ordinary man who really did extraordinary things,” his brother Milton said, recalling Barry's battlefield courage, his capture by the Germans and the wounds he received in the process.

Yet Barry Scott didn't talk about his experiences for decades after the war. He didn't want to “brag,” he told family and friends.

Only in his 80s did Scott open up to his brother about what he had gone through.

Born in 1924 in New Brunswick and raised in Houlton, Scott was drafted on his 18th birthday and entered the Army in 1943.

He fought in the Battle of Anzio, a brutal beachhead in central Italy where 7,000 British and American soldiers died, pinned down under Axis artillery and small-arms fire. He sometimes escaped death by inches. On one occasion, he crawled from one foxhole to another for a bar of chocolate, and then turned around to see that a shell had landed in the hole he had just left, killing everyone inside.

In France, German troops ambushed Scott's convoy of trucks. He was shot in the leg, and he and the other survivors – about 15 of 30 soldiers – were taken prisoner.

Milt Scott, who was a small child at the time, recalled on Sunday the “damage” the capture did to the family. Their father, not normally one to show his feelings, briefly considered enlisting to try to bring Barry back.

But Barry Scott remembered being treated well in Germany. He was sent to a tiny Bavarian village, where he and other men worked on local farms and even befriended some of the locals.

“He had nothing against the German people. He always said they were fine people,” said Wendy Scott, who is married to Barry's son, Steven. “Now, the SS – they were another matter.”

Once, when the prisoners were transferred to another location, Scott tried to escape. But he was quickly caught and warned that the next time he'd be shot.

In May 1945, as Germany fell to the Allies, his captors appeared to lose the will to keep going. The prisoners took over their camp and marched the Germans as POWs to the Allied lines. By June, Barry Scott was back in the United States.

For his service, he was awarded a Bronze Star.

After the war, Scott attended Bentley University in Boston and became an accountant. He later joined the Maine National Guard, married and had two sons.

He died on Dec. 19 last year, at 94, having lived the last few years with Steven and Wendy Scott.

At Sunday's event, family members and others honored him with a commemorative wooden chair, on which they placed an American flag and a red rose.

The rose was “a reminder of our friends and comrades in arms who kept the faith,” said the master of ceremonies, Paul LeBlanc, captain of the Rolling Thunder honor guard.

Fran LeClair, a Rolling Thunder member and friend of Milt's, folded the flag with his grandson, Carter. They creased the fabric 13 times – each fold representing a different facet of patriotic duty – and placed the tight triangle on the chair.

Then familiar bugle notes – taps – sounded over a stereo system, an honor to Scott and all other veterans who served their country and passed on.