"Our adversaries don't know — and that happens on the far side of the Earth from our adversaries — where it's going to come up next. And we know that that drives them nuts. And I'm really glad about that" 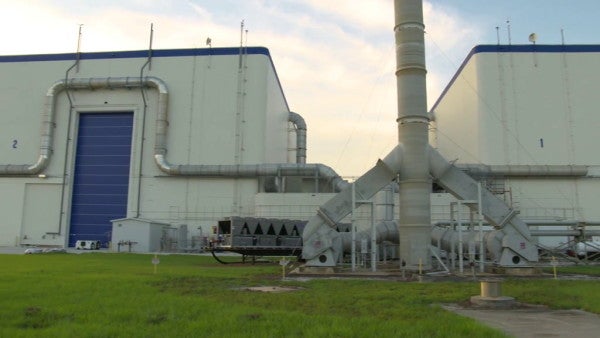 The U.S. Air Force's former top civilian recently gave a glimpse into the mission of an experimental space plane that has puzzled space geeks, enthusiasts, experts and even some officials because of its clandestine use.

Speaking about space situational awareness and deterrence at the Aspen Security Forum last week, Heather Wilson — who was the service's 24th secretary — brought up the X-37B spacecraft.

“It looks like a small version of the [NASA space] shuttle, but it's unmanned,” she said Friday during a panel. Wilson left her position in May to become president of the University of Texas at El Paso.

Wilson called the X-37B “fascinating” because it “can do an orbit that looks like an egg and, when it's close to the Earth, it's close enough to the atmosphere to turn where it is.”

“Which means our adversaries don't know — and that happens on the far side of the Earth from our adversaries — where it's going to come up next. And we know that that drives them nuts. And I'm really glad about that,” she added.

Also known as the Orbital Test Vehicle (OTV), the X-37B was spotted earlier this month, when an astronomer in the Netherlands captured photos of the robotic space plane in low Earth orbit.

But Wilson's comments on its movement may shed light on “a previously secret orbit-related capability,” said Jonathan McDowell, an astronomer and astrophysicist at the Harvard-Smithsonian Center for Astrophysics.

“It is true that the X-37B flies lower than just about every other active satellite and low enough that atmospheric drag is definitely significant,” added Brian Weeden, director of program planning and technical adviser for national and international space security for the Secure World Foundation, in an email. “So [Wilson's] statement about using that increased drag, plus its unusual shape, to alter its orbit is plausible.”

McDowell said the aircraft's movement likely throws an adversary off, even if just for a short time.

“The dip into the atmosphere causes a change in the timing of when it next comes overhead. So predictions are off, and have to search for it all over again,” he told Military.com.

Weeden argued this may become predictable. “The alteration would only be in the timing of when the X-37B came overhead a particular spot — it would either arrive a bit sooner or a bit later,” he said.

“Even a timing change makes more work for than just being able to use the existing orbital prediction,” he explained.

But how long can the X-37B continue to bypass spotters in this way? Weeden said it's not just Russia and China that are racing to advance their radars and telescopes, but many in the global commercial space industry.

He added this disclosure on how the X-37B potentially operates may cause concerns, even among partners and allies.

“I think it creates more misconceptions about what the mission of the X-37B is and could lead to more international concerns that it's some type of weapons platform,” Weeden said. “I think that works against U.S. interests because it will create more diplomatic problems for the U.S. when it tries to point out Russian and Chinese 'unusual behavior in space' and push for discussions on space norms of behavior.”

In short, “it gives Russia and China one more talking point about how the U.S. is the one 'weaponizing' space, even if that's not true,” he said.

The X-37B took off for its fifth mission on Sept. 7, 2017. While its payloads and most of its activities are classified, the Air Force said at the time that the mission would carry “the Air Force Research Laboratory Advanced Structurally Embedded Thermal Spreader (ASETS-II) payload to test experimental electronics and oscillating heat pipe technologies in the long-duration space environment.”

Under the purview of the Air Force Rapid Capabilities Office (ARCO), the OTV can autonomously re-enter the atmosphere and eventually land horizontally on a flight line.

While the ARCO is responsible for the X-37B's experimental operations, the 3rd Space Experimentation Squadron at Schriever Air Force Base in Colorado helps carry out its mission control.

“But … the payloads are probably the main secret,” he said.