Your orders say Lackland AFB. And you are excited to be moving near the seventh-most populated city in the United... 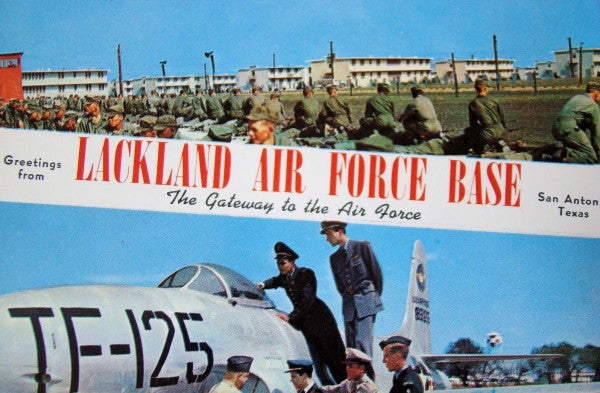 Your orders say Lackland AFB. And you are excited to be moving near the seventh-most populated city in the United States, San Antonio! This southwestern corner of an urban region known as the Texas Triangle is comprised of Houston, Dallas, and San Antonio. Read below for all of your must know information and visit our website PCSgrades.com today to start your housing research and find a REALTOR!

WHAT YOU NEED TO KNOW

Lackland AFB is home to the Air Force Cyber Command and Basic Military Training and is one of several military installations housed under the name Joint Base San Antonio. Nearby Randolph AFB is headquarters for Air Education and Training Command, Air Force Personnel Center, and Pilot Instructor Training. Fort Sam Houston is home to the command headquarters of the United States Army North, the United States Army South, the Army Medical Command headquarters and the Navy Regional Recruiting. It is commonly referred to as the “Home of Army Medicine.”

Camp Bullis and Camp Stanley are located just outside the city. Port San Antonio is an industrial/business park and aerospace complex located on the old Kelly Air Force Base airfield. San Antonio is also home to six Fortune 500 companies and the South Texas Medical Center, the only medical research and care provider in the South Texas region.

Lackland Family Housing offers move in ready two-, three- and four-bedroom homes in both single-family and townhome styles in seven different neighborhoods. Balfour Beatty Communities owns the family housing and is responsible for maintaining, repairing and managing the community. Check out our complete collection of Lackland AFB base housing photos and read reviews atPCSgrades.com.

For a complete picture of what you can expect of the amenities on base, check out our Lackland Slideshow!

The median home price in the area around Lackland is $215,500. Home appreciation is up 36% over the last five years. If you work with a PCSgrades reviewed realtor, you’ll find there is a rental or mortgage to fit every BAH. Military families reviewing off base neighborhoods in the area recommend those looking to rent or buy start their search about 30 minutes away from base.

Read reviews of off base neighborhoods now!

There are two schools located on base at Lackland: Lackland Elementary and Stacey Junior/Senior High School. Other independent school districts include Edgewood, Medina Valley, Northside, and South San Antonio. Options for high schools include the communication arts high school and the health careers high school. The Lackland AFB School Liaison Officer can be reached at 210-671-3722.

You can expect mild winters and sweltering summers in Texas. While San Antonio stays pretty dry when it does rain it pours and the area easily floods, especially near downtown. The coldest month is January with an overnight average temperature of 38°F. The highest temps occur In July, August, and September when residents can expect multiple days where the temperature is well over 100°F.

There are more vehicles than ever on the roads surrounding San Antonio but depending on what you are used to, it may not seem that bad. The San Antonio urban area ranked 33rd in the nation for time wasted during peak commute times. The good news is when there are major delays; drivers have decent alternative routes compared with other cities.

Perhaps San Antonio’s most famous attraction, theAlamois the home of the famous 1836 battle and becomes a living history with special demonstrations and events all year long. This beautiful 300-year-old former Spanish mission turned fortress is open year-round and is free for everyone to visit.

More than 340 acres of woodland, trails, and a historic par-72 golf course are sure to please outdoor lovers! Your little ones will love riding a miniature train around the park. Here you will also find the San Antonio Zoo, an elegant Japanese Tea Garden and the Witte Museum, featuring historic and science artifacts and the H-E-B Science Treehouse.

Phil Hardberger Park is a 311-acre former dairy farm with two sections, one accessible from Blanco Road and the other from Northwest Military Highway. Both areas feature playgrounds, walking trails, picnic tables, and dog parks.

There are several parks in the area, especially for your four-legged family members.

San Antonio Stock Show & Rodeo has events all year long. The Rodeo is sanctioned by the Professional Rodeo Cowboys Association (PRCA) and the Women’s Professional Rodeo Association (WPRA) and kicks off in February. In addition to the rodeo, there is Brickfest LIVE! – a LEGO Fan Experience built to inspire, educate, and entertain with LEGO bricks. The Ultimate BMX Stunt Show Experience is an exciting show featuring one of the Best BMX Stunt Show Teams in the Nation! Brad’s World Reptiles includes some of the most beautiful and exotic animals in the world!

Fiesta San Antonio is a 10-day annual celebration in the spring. It started in 1891 as a one-parade event as a way to honor the memory of the heroes of the Alamo and the Battle of San Jacinto. It has evolved into one of this nation’s premier festivals involving hundreds of volunteers, benefiting hundreds of local charities, with an economic impact of more than $284 million for the Alamo City.

Enjoy some German food in this quaint city, which is a little more than an hour away from San Antonio. In addition to the National Museum of the Pacific War, Fredericksburg has plenty of birding, fishing, bicycling and rock climbing opportunities. The Fredericksburg area also boasts the second most visited wine area in the US, second only to the Sonoma wine region in California. Visit some of the over 40 wineries in the Hill Country along the Highway 290 Wine Road outside of Fredericksburg.

Visit the beautiful state Capitol building and then hop over to 6th street to have some fun! Known as the “Live Music Capital of the World,” any night is a good night to catch a live band. Many San Antonio residents make the short 90-minute drive to attend large Austin Music festivals like South by Southwest and Austin City Limits Music Festival. More of a sports fan? Don’t forget to catch a University of Texas game while you’re there – the locals will be all dressed in orange and the phrase of the day will be “Hook Em!”

Have you ever been stationed at Lackland AFB or in the San Antonio area? Help fellow military and veteran families by leaving your reviews for on base housing, moving companies, and more at PCSgrades.com.