The U.S. Will Keep Losing Wars Until It Decides What It Stands For

Mad Dog Mattis is at it again. The truth-teller to Marines, now secretary of defense, was asked: where is the long-promised … Continued 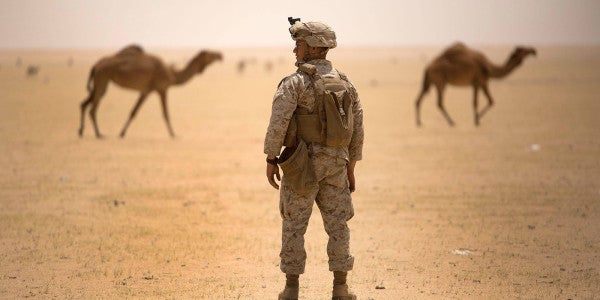 Mad Dog Mattis is at it again. The truth-teller to Marines, now secretary of defense, was asked: where is the long-promised revised strategy for Afghanistan? In response, he said it was slow in appearing because “strategy is hard.” Congress, too, is searching for strategic clarity as it just empaneled yet another bipartisan group to propose a framework for a new grand strategy. And nearly every pundit vying for your time agrees. We need a clear strategy and good measures for its achievement, so that we know what weapons to buy and where to pick fights, they often say.

Despite the promises, the panels and the pronouncements, a grand strategy for the United States, on par with the Cold War’s containment and Germany’s unconditional surrender during World War II, remains elusive. It is elusive because such a strategy requires a clear enemy—a nation or an alliance that threatens our survival. And there is no agreement on who is our enemy or if we really have one. Is radical Islam an existential threat to the United States? Do we really need to worry that much about a resurgent Russia? Is a China that grows richer a danger? Do we care that much about North Korea?

Absent a rival on the scale and power of the now dead Soviet Union, the United States is a very secure country. We are the richest country in the world, protected by two big oceans and a military that is second to none. Our population is big (we are the third most populous nation) and resourceful, claiming the leadership in nearly every line of science and technology. And we spend a fortune on our defense, and have done so for decades.

So mostly we meddle, taking on the unelected task of managing global security. We worry about Baltic security, Black Sea security, Persian Gulf security, Red Sea security, South China Sea security and Sea of Japan security. We worry about what the little green men are doing, about gangs in Libya, and about the Islamic State’s control of territory in Syria and Iraq. We worry about Russian aircraft buzzing U.S. aircraft and ships conducting surveillance work near Russia’s borders. We worry about China building and arming artificial islands in shipping lanes that we patrol, Iran’s small boats harassing traffic in the Gulf that we guard, and pirates off the coast of Africa who harass ships of allies that are plying international waters. And in the hunt for terrorists, currently we are bombing in seven countries, some occasionally and some daily.

Our wars, though constant, are without victory. Even if the Islamic State loses Raqqa, the battle is not over. That’s what we are told. After nearly two decades of fighting, the Taliban still controls parts of Afghanistan and enjoys sanctuary in Pakistan. Libya, Sudan and Somalia are among our persistent problems. And how many times have we helped retake Fallujah and Mosul? There are no wins because we really don’t care that much. Our security isn’t at risk. Win, lose or draw, we are safe. The other people live where we fight.

One president gets us involved in some distant conflict because he fears being shamed for not leading a global posse to right the wrong. The next president tries to get us out because our allies in the fight are shirkers and/or totally corrupt and the costs of buttressing them are too high. Mostly we are half in and half out of every crisis. Nothing requires a fight to the finish like the Second World War or forty years of our focused attention like the Cold War, so we are drawn to—and easily distracted from—every fight.

Try making a strategy out of what is left. As Mattis says, it is hard. Beyond cliches like “Be Flexible” or “Shape the Security Environment” there is nothing that offers guidance as to the level of effort needed or the actions that should be taken. We can’t afford to do everything global stability demands. But picking and choosing fights requires preset priorities that we don’t have.

Harvey M. Sapolsky is Professor Emeritus at the Massachusetts Institute of Technology and former Director of the MIT Security Studies Program.