The Army has a new plan to win future wars. Here are 3 things it needs to do so it doesn’t fail

For senior Army leaders and national security analysts, one guiding question persists — Can the Army repeat the comprehensive AirLand Battle renaissance from the 1980s? The optimists and speechwriters want the answer to clearly be yes, however the reality of recent attempts at replicating AirLand Battle's success have not always matched the rhetoric. 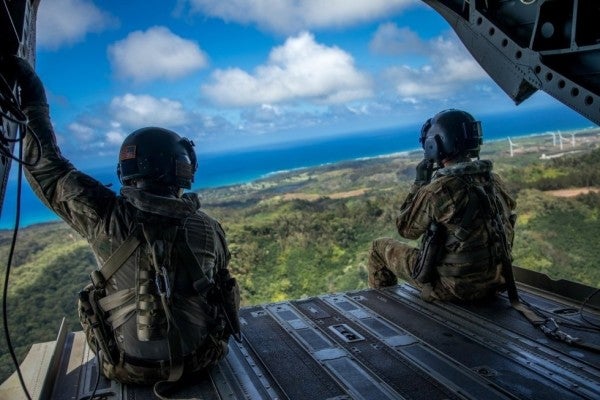 For senior Army leaders and national security analysts, one guiding question persists — Can the Army repeat the comprehensive AirLand Battle renaissance from the 1980s? The optimists and speechwriters want the answer to clearly be yes, however the reality of recent attempts at replicating AirLand Battle's success have not always matched the rhetoric.

As a doctrine for military operations, AirLand Battle has become legendary in Army circles.

It represents the American exemplar for how an army can redefine itself following perceived failure, and then demonstrate that turnaround with magnificent battlefield success. Twenty years after the outcome of the Vietnam War, the Army's tactical dominance during the Persian Gulf War (1990-91) validated AirLand Battle as well as years of initiatives in training and materiel modernization.

In basic terms, Multi-Domain Operations (MDO) seeks to do for the future force what AirLand Battle did for the Army a generation back, setting a new vision for itself in a period of both technologic and geopolitical change. A review of the Army's history of modernization; especially the periods between World War I and World War II, and following the Vietnam War; warns that MDO will fall short of that vision if the Army doesn't take three key actions.

First, the Army needs to lead a doctrinal renaissance focused on its role in great power competition.

History is full of inflection points that inspire analysis into how and why militaries around the world adapted to changes in the strategic environment. The decade-long doctrinal transition from Active Defense to AirLand Battle, as well as the more recent emphasis on counterinsurgency, serve as well-documented examples for how the Army responds to these inflection points in a comprehensive way.

The 2018 National Defense Strategy provides a contemporary inflection point by shifting the nation's security focus towards great power competition. The existing Joint and Army doctrine for expanding the competitive space can be found in publications that discuss security cooperation. As the Army considers how to transition the MDO concept into MDO doctrine, it must rewrite Field Manual 3-22: Security Cooperation, so as to more explicitly define how the Army contributes to great power competition and inspire a generation of leaders.

Second, the Army needs to create the twenty-first century version of the National Training Center and elevate its establishment at or near the top of an updated modernization priority list.

Prior to World War II, the Army conducted the Louisiana Maneuvers, which provided the opportunity to evaluate new equipment, new concepts of operation, and the people that would lead the rapidly growing Army. Similarly, and in concert with the development of AirLand Battle doctrine following the Vietnam War, the Army established the National Training Center in the Mojave Desert as the place where it could iterate and experiment with its new weapon systems and AirLand Battle doctrine. One of the Army's eight cross-functional teams, the Synthetic Training Environment (STE) represents the twenty-first century equivalent of such efforts. The STE must become the place where creative leaders help the Army better understand the details and mechanics of MDO.

The MDO concept presents the Army with an opportunity to think far more deeply about its force structure and avoid the fate of past militaries that failed to adapt faster than their adversaries.

In The Innovator's Dilemma, Clayton Christensen makes recommendations for large organizations trying to adapt to disruptive change. New technology and concepts enable both sustaining and disruptive innovation, and large organizations must experiment appropriately to take advantage of both. The Army cycles back and forth between conducting experimentation internal to deployable units and dedicating a unit solely to experimentation. Doing the latter at the brigade level will demonstrate how serious the Army is in addressing disruptive technologies, and help to prevent it from becoming the next example in a long military history of a force failing to adapt to disruptive change.

Recent history indicates that the Army will overpromise and allow MDO to fizzle before it's time to publish the next major concept.

To achieve the vision, more still needs to be done. By revisiting its history, specifically the origins of the Louisiana Maneuvers, the National Training Center, and the development of counterinsurgency doctrine, the Army can compare and contrast how old ideas can become new again.

The interwar period, the post-Vietnam era, and other key inflection points provide the guideposts that allow the Army to learn from the past, replicate the success of AirLand Battle, and finally push itself squarely into the twenty-first century.

Dennis Wille is a Colonel in the United States Army and is currently serving with the newly established United States Space Command. As a career Army Space Operations Officer, he provides expertise on the military's current and future use of satellites as they support joint operations and the national security community.

The views expressed in this article are the author's own, and do not necessarily reflect the views of the U.S. Army.