The governor’s misguided political ploy weakens national security at a time when we can least afford it. 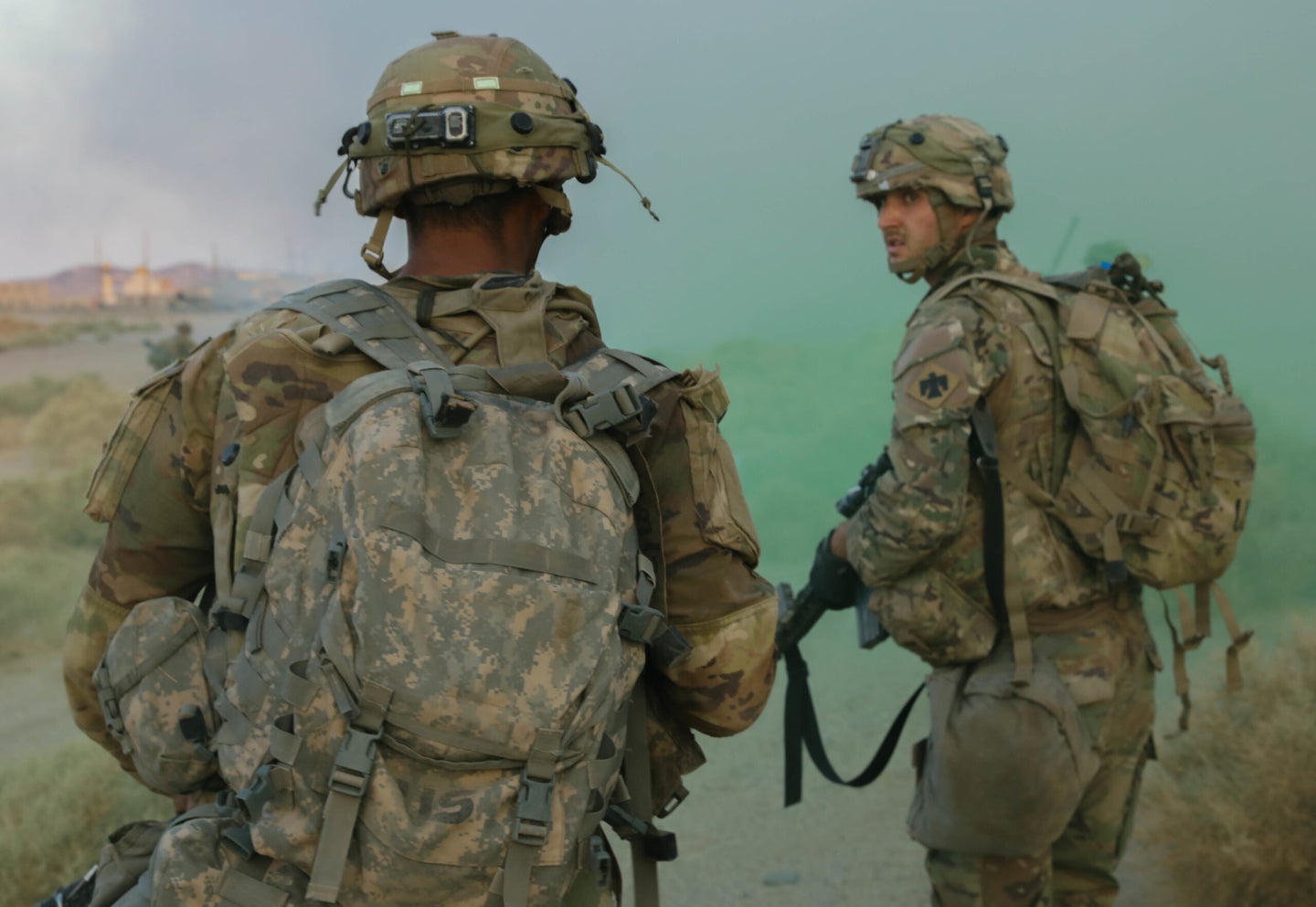 Soldiers with the 45th Infantry Brigade Combat Team, communicate to one another as they walk through a smoke screen towards the city of Ujen during a training exercise at the National Training Center in Fort Irwin, California, July 23, 2021. Members of the 45th IBCT are participating in the Battle of Ujen located in a mock-town that simulates a war-like experience and includes a fight from the on-post opposing force with the intent of increasing readiness among Soldiers. (Oklahoma Army National Guard photo by Cpl. Reece Heck).
SHARE

The Oklahoma governor ordering that no Oklahoma National Guardsmen are required to take the COVID-19 vaccination is a direct attack on national military readiness.

By directing that a federal military order not be complied with, the governor is placing Oklahoma Guardsmen in the position of refusing compliance with a lawful federal order.

The federal order to vaccinate is to ensure medical readiness in the event of a federal call-up. If called up, the Oklahoma Guardsmen will no longer be under the command of the Governor and must take the vaccination, just as they take literally dozens of other vaccinations in their military career. Due to the timeline of vaccine effectiveness, their readiness for mobilization will be delayed, a direct impact on military readiness.

With China’s increasing aggressiveness worldwide and Russian mobilization of troops on the Ukrainian border, as well as other crisis points globally, we need our military forces — active, Guard, and reserve — ready to respond quickly should they be needed.

The necessity of readiness for the National Guard has been well proven over the last 20 years with tens of thousands of Guardsmen deployed to combat.

The governor may wish to make a point of “control over one’s own body,” but that argument is negated by the simple fact that when one takes the enlistment oath to join the military, whether active, Guard or reserve, one surrenders that right. A military member goes where he or she is told, when they are told, with the equipment, uniforms and vaccinations they are provided.

Although the governor asserts Title 32 US Code, which governs the relationship of the federal and state governments and the National Guard, as his authority to issue his directive, he ignores the obligations that Guardsmen meet the same training, physical fitness, marksmanship and medical readiness requirements as active-duty soldiers and reservists. He further ignores that Title 32 pays for the National Guard with federal funds. Those soldiers you see at your local National Guard armory on the weekend are paid with Uncle Sam’s dollars, not the Oklahoma governor’s state dollars. During my tenure as adjutant general, state dollars generally provided less than 1 percent of the Illinois National Guard’s budget.

The only time state guardsmen are completely under a governor’s control is in the event of a state-declared emergency such as floods, tornadoes, or other man-made or natural disasters. Even in those instances should the disaster be declared a federal emergency, then federal funds and requirements come into play.

His action also risks damaging the reputation the National Guard has worked so hard to gain as a reliable and ready member of the nation’s military team.

William L. Enyart is a retired major general. His nearly 36-year military career included active-duty service in the US Air Force and nearly 30 years in the Army National Guard. He culminated his service as Adjutant General of the Illinois National Guard, commanding the more than 13,00 soldiers and airmen of the Illinois Air and Army National Guard from 2007 to 2012. He is a graduate of Harvard University’s Kennedy School of Government US-Russia Relations program and the George Marshal Center for European Security counterterrorism program.