Army veteran reveals a painkiller addiction, overdose, and the ‘out of body’ experience that saved his life

For at least five hours, I was out of body. Let me explain... 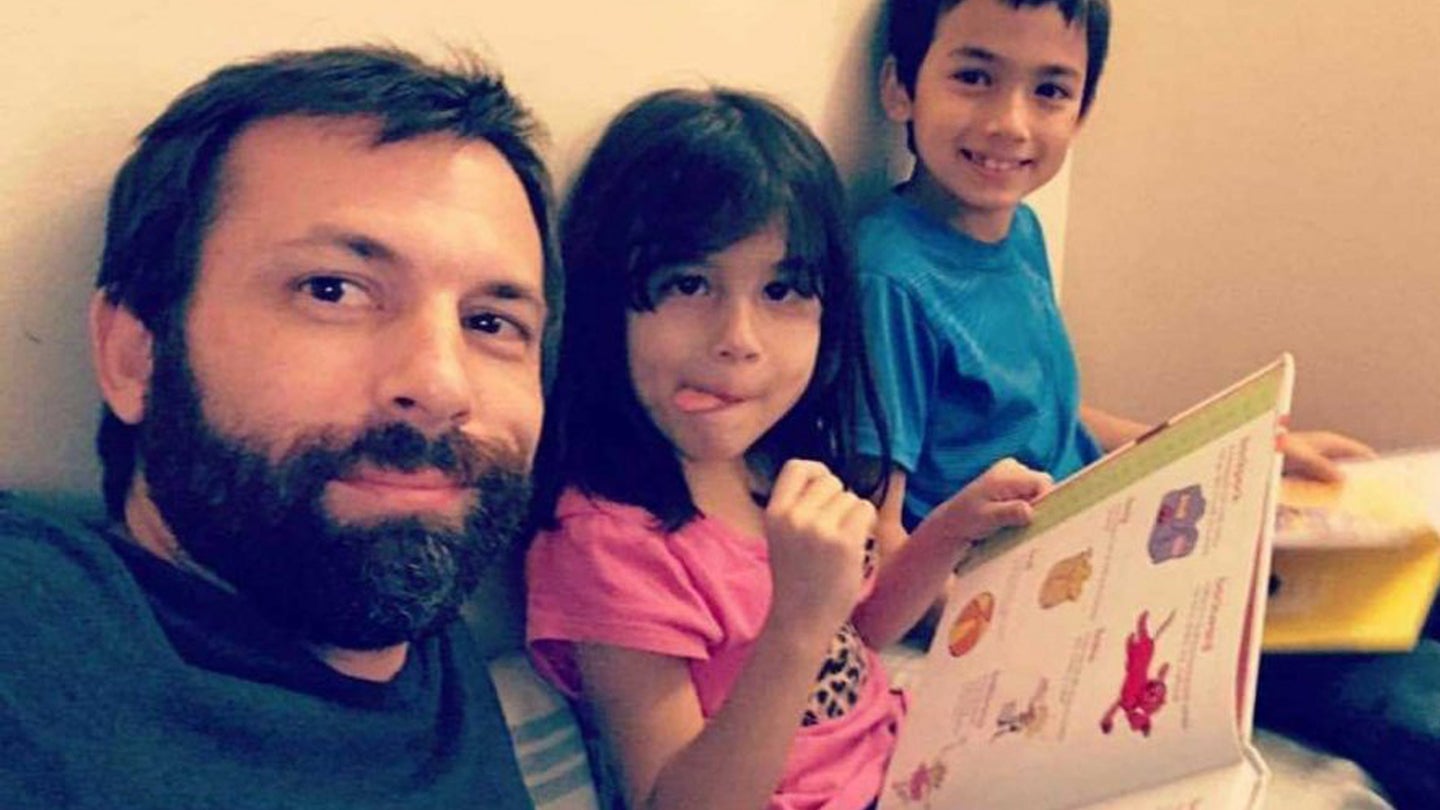 About seven years ago I had one of my most terrifying days. For at least five hours, I was out of body. Let me explain…

I was an active-duty soldier deployed to Iraq, and, like most who have served, my back had seen the burden of heavy combatant loads—discomfort was becoming the norm. One afternoon someone at the base clinic prescribed a medication: tramadol.

“Is this med addictive?” I asked.

“No,” they told me, “it’s been cleared to be used in place of narcotics such as oxycodone.”

Four years later, I was medically retired from active duty, divorced, and raising two- and four-year-old kids. I’m not complaining—I had a steady income and could keep my kids out of daycare. I’d been deployed, so I understood the pain of being away from my family. I saw this as a silver lining.

But life was not all peachy. I battled with lower back pain daily, and bad insomnia—among other lifelong gifts from the war. I avoided sleep meds, as they basically turned me into a functional zombie—especially with two toddlers. Night after night, I didn’t sleep, and then I’d get up early with the kids. I’d crack open the first can of energy drink followed by at least two or three more throughout the day. Even with the caffeine overload, I struggled to stay alert.

Yeah, I was still taking them—and at higher than recommended doses just to function. They barely touched the pain in my back. And they had some weird side effects that I called “skipping”:  I would feel slightly disconnected from the world, and if I was holding anything, I tended to lose control and throw it wildly, like a mini seizure.

I was addicted. It was easy to get them; they simply showed up in my mailbox when I ordered more.

I could always count on those two for an early morning rise-and-shine for some breakfast, even though I had been operating on about three hours of sleep each night for the previous four days or so. Dawn was not my favorite part of the day. But toddlers are not self-sufficient, so on autopilot, I got out of bed.

The three of us started our morning routines and headed to the kitchen. Pancakes for Chloe and cereal for TJ. A fresh can of go-juice for myself and five tramadols to start the day. TJ started eating while I waited on Chloe’s pancakes. I reached behind me and opened the medication drawer.

Did I take my meds already?

I took another handful of tramadol. The microwave dinged and I turned to grab Chloe’s pancakes. Grabbed a plate and some syrup, turned around to sit her down, and the world stopped.

Have you ever been so drunk that you hang over a toilet and swear you will never drink again?  I went from sober to the worst kind of drunk in about 30 seconds. One thing was clear: I was about to vomit.

I ran to the bathroom with no time to explain. I crashed through the door and shot for the toilet. Grabbing on, I started to violently heave. This is what I remember: I just wanted it to stop.

I said that over and over like a meditation until the wave of nausea started to subside. I found my feet, shaky and queasy but out of danger of more vomiting. I turned around to the little sink that was behind me and looked in the mirror at myself. I was pale—for sure had seen better days.

Just relax, I thought. You had an overdose. Try to relax.

This went on for maybe 10 minutes. I felt the kids must be worried after hearing me getting sick.  So I gathered myself and slowly moved away from the sink out of the bathroom and down the hall where I sat on my bed. I was aware that both kids were with me and both indeed looked frightened.

That’s when I noticed the phone next to me. I picked it up and read the time. It was 12:30 in the afternoon.

My head spinning, I called the kids’ mom. She knew if I was calling her, something was seriously wrong. In what seemed like about five minutes, she flew through the front door, took one look at me, and called 911. Apparently, I did not look well at all. “What happened?”

What actually happened that morning according to the evidence went like this:

I made it to the toilet, but everything went sideways after I vomited and tried to stand up. I had a massive seizure. I fell face-first into an empty toilet-paper rack, cutting myself just above the right eye. I stood back up. I fell backward into the corner of the sink, fracturing a thoracic vertebra. I then crashed to the floor where I remained unconscious for the next five hours. I have zero memory of that.  But I do remember, and clear as day, talking myself down. I never saw my own body on the floor, but reality says that’s exactly where my body was.

The kids cried the entire time as they desperately tried to wake me. Their stories of that morning are spot on with each other and have never wavered: It scared them. For the longest time after, I could not fake being asleep or Chloe would get upset and start to hit me. I can’t explain it, other than I had a legitimate out-of-body experience. I can’t put my finger on the moment I went back to my body, and that drives me crazy.

I do remember swearing, as I lay in that hospital bed, that I would not touch one of those damn pills ever again. And I have kept my word. I have not touched pain medication once in the past seven years. I have worked with other much less toxic alternatives and have felt much better because of it. It was way too easy for me to get and abuse medication that, as it turned out, was incredibly addictive. That asshole doctor who prescribed it like candy to soldiers? He should have known better. I’ve talked to several friends who also found themselves addicted to tramadol.

I have, from time to time, tossed around the idea that maybe this right now is also not my true reality. Maybe my body is still in a coma in a hospital bed and I’m just humming along in my own little world. How crazy would that be?

But in the real world, or at least my current version, I have two healthy, loving kids, a decent house, and a nice car; and my bills are paid. Other than a global pandemic, all is good.

And if this is still one hell of a lucid trip, I’ll just keep moving forward.

Ed Adams is an Army veteran who medically retired in 2009 due to burn-pit-related health conditions. At 45, he’s doing his best to live a low-stress life while watching his two children grow. In his free time, he enjoys racing and flying in a professional-grad VR simulator with other retired military buddies.

Editors Note: This article first appeared on The War Horse, an award-winning nonprofit news organization educating the public on military service. Subscribe to their newsletter.