What Do You Think Of Budweiser’s Latest Memorial Day-Inspired Marketing Campaign?

In the run-up to Memorial Day, Budweiser unveiled its latest twist on its familiar label: a “patriotic package” — swapping … Continued 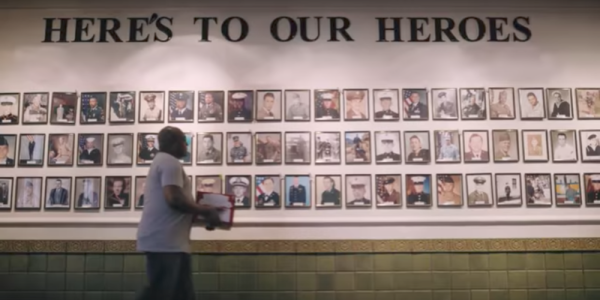 In the run-up to Memorial Day, Budweiser unveiled its latest twist on its familiar label: a “patriotic package” — swapping “Budweiser” for “America” and military-inspired camo aluminum bottles — that are “dedicated to the men and women of our Armed Forces.”

“Our goal is to remind Budweiser drinkers of the courage and sacrifice made by all American service men and women who protect our nation and our freedoms,” said Ricardo Marques, vice president, Budweiser in a recent statement. “We’re proud to serve those who serve, from our very own veteran employees to military families across the country.

The new patriotic Bud, available for aggressive purchase and consumption through July 4th weekend, is a fine sentiment, but there’s an obvious problem: Budweiser is not an American company. Yes, Bud still employs thousands of Americans across the country and, at least culturally, continues to win hearts and minds every Super Bowl, but its parent company, AB InBev, is primarily based in Belgium.

“The lion’s share of the profits go overseas and are largely subject to a system designed by the Belgian government for the purpose of tax avoidance,” South Carolina microbrewery president Will McCameron explained in 2016, after Bud first unveiled its “America” label. “To me, any part of Budweiser or Anheuser-Busch being American died in 2008 with the buyout.”

Doesn’t a Belgian multinational corporation “draping itself in the American flag,” as McCameron put it, and trying to maximize Q2 profits by monetizing American “courage and sacrifice” feel like the absolute wrong way to honor those things — especially on Memorial Day weekend? It certainly wouldn’t be the first time a brand has missed the meaning of Memorial Day in an attempt to help the bottom line, but isn’t this particularly brazen?

Here’s the rub: The new Bud campaign isn’t totally about maximizing profits. The company will donate “a portion of the proceeds, up to $1 million” from every Budweiser America bottle and can sold between May 22 and May 29 to Folds of Honor, a nonprofit organization that provides scholarships to the children and spouses of fallen and disabled service members, as part of the six-year partnership between the two.

“Budweiser continues to be an amazing partner and member of the Folds of Honor family. Their unwavering commitment to service men and women along with veterans is truly commendable,” said Folds of Honor founder and CEO Major Dan Rooney said. “The special Budweiser America packaging offers yet another way we can pay tribute to our troops and their families, especially before this honorable weekend.”

Look, “up to $1 million” is great, but we’re not idiots: We know that summer is primetime for stacks on stacks on stacks of cash, since a full third of U.S. beer sales go down between Memorial Day and Labor Day. And as of 2015, Bud controlled 45% of the $100 billion U.S. beer industry, with Budweiser and Bud Light representing “around half” the company’s business. That $1 million you’re foisting on Folds of Honor is great, but it’s like a drop in the bucket.

Do you think this is Budweiser looking to make a quick buck, or is it appropriate to market this campaign on the back of Memorial Day because it helps military families? Let us know in the comments.