Banning individuals with a COVID-19 history prioritizes recruits who have both the geographic and financial ability to self-isolate. 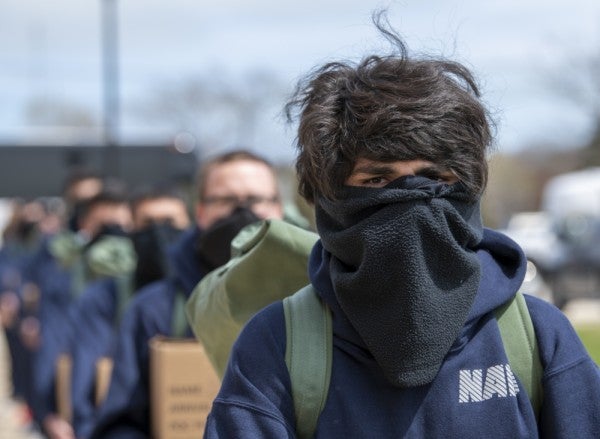 A recent memo from Military Entrance and Processing Command (MEPCOM) added to previously issued start-stop guidance from the Department of Defense relating to COVID-19. Updated guidelines follow a 24-hour news cycle of confusion. The original memo stated all COVID-19 survivors were banned from serving, later clarified to state a confirmed history of COVID-19 hospitalization is a permanently disqualifying condition for entrance into the armed forces.

As the United States grapples with the realities of a pandemic world, this is an enormous change for medical requirements imposed on new military recruits. More than 5,000 service members have tested positive for coronavirus with mass screenings occurring at recruiting depots and bootcamp.

While it is important for the services mitigate the continued spread of the virus, this guidance is short-sighted. Due to underlying structural barriers, a blanket ban on previously hospitalized COVID-19 survivors – regardless of their current health status – will disproportionately affect minorities and low-income individuals.

DoD is exercising caution in the face of the unknown. Although COVID-19 is the newest extreme strain in a family of related viruses, there is a good deal of information health experts and the military do not know about the long-term effects of this strain.

For instance, there is some indication that organ damage results from severe cases. DoD may have calculated most military recruits are aged 18-25, at lesser risk for severe cases of COVID-19, and those with mild cases could be immune, increasing the immunity level of the overall force. However, medical researchers have cautioned against assuming surviving COVID-19 provides full or even partial immunity to future infections.

DoD seems to be mitigating potential downstream negative health effects or attrition among those previously hospitalized due to COVID-19, calculating a blanket ban is the best course of action (although it is not currently a cause for separation from service).

Concerningly, banning individuals with a COVID-19 history prioritizes recruits who have both the geographic and financial ability to self-isolate and implement all precautions to avoid infection. The pandemic has exacerbated structural inequities, infecting and killing black people and those without access to healthcare at higher rates. Along with low-income individuals whose public-facing jobs risk exposure, minorities are overrepresented in the “essential workforce.”

Data indicate only 1 in 4 Americans can work from home, the ability of which tends to benefit workers in professional and business services, which are also higher wage earners. Nearly two-thirds of new recruits come from households earning less than $66,000 annually, likely less able to effectively social distance. While guidance has been updated to disqualify those who have been hospitalized, infection rates show that a blanket disqualification becomes tacitly discriminatory.

Furthermore, geographic breakdown of infection rates spell long term difficulty for recruiting commands. The highest number of recruits come from southern states, which are slowly starting to reopen despite the absence of a decline in infection and death rates.

Concerns over lags in testing, prevalence of high risk populations, and non-compliance with social distancing orders may create the conditions for a second surge in those states. Similarly, while the nation as a whole is likely to feel the effects of the virus, metro areas have thus far been hit hardest due to population density. The Army in particular struggles with annual turnover and meeting recruiting mission and accordingly introduced new tactics in the past two years including branching into urban areas; this ban undercuts these nascent but vital efforts.

Past estimations state 71 percent of young people are unable to meet enlistment and accession standards for a variety of health, education, and moral reasons. This medical restriction comes admits ongoing difficulty recruiting from a youth population largely uninterested in and unqualified for service. DoD may calculate that the sheer number of unemployment claims in March will offset limiting the pool of eligible recruits by leading to a significant spike in interest.

To be sure, COVID-19 has shown to be a virus with enormous capacity to inflict damage on those with severe cases. Survivors could even be at greater risk to re-contract the virus if their immune system and organs retain long-lasting damage. Individuals with severe enough cases to have suffered lung, heart, kidney, and brain damage would not be eligible for military service under the existing medical guidelines. The need for a strong and healthy force is grounded in operational readiness and cannot be dismissed. However, changing standards to limit the pool of eligible recruits in ways that piggyback of structural inequities ultimately damages the force.

While much is unknown about the trajectory of the virus, if DoD stays the course of “permanently disqualifying” those with a history of COVID-related hospitalization, it assumes either a vaccine or herd immunity will alleviate cases long-term. Even ambitious expectations of vaccine development, testing, and production project it will take 18 months or longer. DoD will have to meet readiness goals while hoping a vaccine will be widely available to society or at least to troops. Herd immunity would require an estimated 70 percent of the population to be infected with COVID, levels not even reached in New York City, and unlikely to be achieved until sometime in 2021. While young people may generally be at lower risk, the sheer numbers of herd immunity still runs the risk of disqualifying large numbers of potential recruits.

It is unclear if DoD plans to revise the guidance once more information is known about COVID-19. Although economic realities may allow the services to temporarily offset tightening medical standards, implementation of this guidance poses questions for whether DoD will be prioritized with virus or antibody testing; if potential recruits will not seek medical care in order to avoid hospitalization; and if it is a sustainable long-term strategy.

By attempting to simply guard against the unknown, DoD has thrust itself into larger questions of structural inequalities and maintaining readiness long-term.