Chelsea Manning: What Was Harvard Thinking?

The Institute of Politics at Harvard University’s Kennedy School announced on Wednesday that it was inviting Chelsea E. Manning–who disseminated … Continued 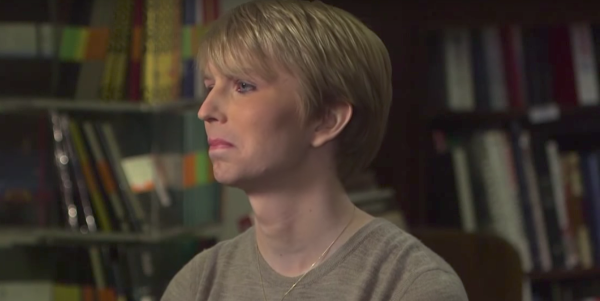 The Institute of Politics at Harvard University’s Kennedy School announced on Wednesday that it was inviting Chelsea E. Manning–who disseminated almost 750,000 secret American government cables and documents about Iraq to Wikileaks and spent seven years in prison before her sentence was commuted by President Obama–to become a visiting fellow. Then, on Friday, it rescinded the invitation. The school’s dean, Douglas W. Elmendorf, issued a broadly worded statement. He indicated that, on the one hand, he continued to believe the invitation was appropriate but, on the other, that “in retrospect” he had gotten the balance between controversial actions and “public service” wrong, and that the title visiting fellow, even if used for a only a day to give a talk, was ultimately inappropriate in the case of Manning.

Here is the letter Pompeo wrote to Harvard. As of 2:45 pm today, Harvard thought the talk was still on. pic.twitter.com/5xJMcuQWDb

The immediate trigger for the outcry over Manning’s appointment stemmed from the decision of Michael J. Morrell, a former deputy director of the Central Intelligence Agency, to write a letter to Elmendorf complaining about Manning. In it, Morrell submitted his resignation from the Kennedy School, where he has been a nonresident senior fellow since 2013, and asserted that inviting Manning “honors a convicted felon and leaker of classified information.” Next Mike Pompeo, the director of the CIA, backed out of a Harvard forum, pointing to Morrell’s protest. “WikiLeaks,” Pompeo said, “is an enemy of America.” Given Morrell’s own serial attacks on Donald Trump, during the 2016 presidential election campaign, as, among other things, an “unwitting dupe” of the Kremlin, Pompeo’s move testifies to the bond of loyalty that exists among current and former CIA officials, not to mention the deep anger aroused by leaking, which is, at bottom, a treasonous act. If all American government communications are going to be subject to constant exposure at the whim of an individual who arrogates the right to themselves to deem what is appropriate and inappropriate, then foreign policy would essentially grind to a halt.

In a sense, however, Pompeo’s refusal to visit may be backfiring. His withdrawal from visiting Harvard to deliver a talk is being inflated into an entire campaign by the deep state to stifle dissent. Writing in the Nation, for example, John Nichols attacked Pompeo: “Manning blew the whistle on what would come to be understood as military and diplomatic scandals because she felt Americans had a right to know what was being done in their name but without their informed consent. Mike Pompeo, a secretive and conflicted politician, has no such instinct; he serves wealth and power without questioning whether the dictates of the privileged are right or honorable.” Manning herself alleged on twitter, “this is what a military/police/intel state looks like — the @cia determines what is and is not taught at @harvard.” The course that events have taken is allowing Manning to present herself as a victim all over again. It’s a shrewd maneuver, one that will surely lead to a spate of media appearances that will dwarf anything Harvard could ever offer.

For all the huffing and puffing about the CIA, however, the real problem is something else. It isn’t that the CIA is somehow setting the course curriculum at Harvard. It’s that Morrell himself has no real standing to criticize Manning. His own government record is checkered enough to render his judgments suspect.

In 2001, for example, Morrell was George W. Bush’s CIA debriefer for the memo that warned that Osama bin-Laden was preparing to attack the United States. Morrell later recounted, “I did not treat it as a ‘hair on fire’ or action-forcing piece and the president did not read it that way either.” Morrell also led the CIA group of analysts who helped prepared Secretary of State Colin Powell’s dire February 5, 2003 speech to the United Nations Security Council pointing to a concerted effort by Saddam Hussein to develop weapons of mass destruction. The speech was bogus. Morrell later apologized to Powell. After Benghazi occurred, Morrell was also accused by several Republican lawmakers of fiddling with national security adviser Susan Rice’s talking points to shield secretary of state Hillary Clinton from further scrutiny.

For Morrell to pose as voice of moral conscience on Manning thus seems excessive. Neither Manning nor Morrell has all that much of substance to offer, other than object lessons in what not to do when serving in the government or military. Of course there is nothing wrong with inviting prominent speakers to deliver a talk on campus and share their views, something that the rise of political correctness tries to inhibit as some students try to create “safe spaces” and so forth on campus. But there is a difference between inviting someone to speak on campus and designating him or her a fellow, even if only briefly. The latter confers a stamp of approval that, in some cases, may be wholly undeserved. The Kennedy school would do well to remember the distinction.