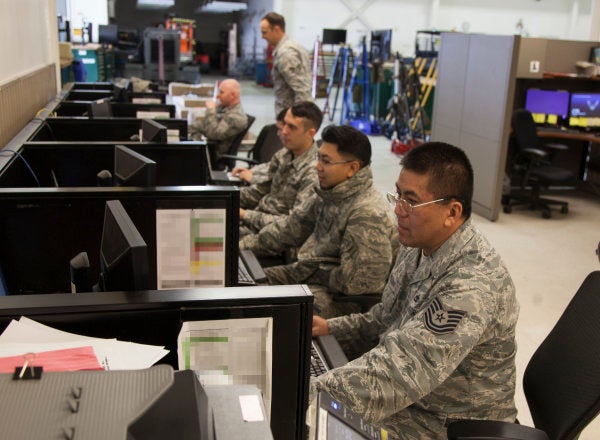 Some courses even use advanced technologies like adaptive learning — it figures out where a student is strongest and weakest and adjusts the curriculum accordingly to deliver customized instruction — helping people learn almost anything from almost anywhere.

Unfortunately, military CBT is often terrible, especially in courses commonly referred to as “General Military Training,” which most service members are required to take on recurring intervals.

Unlike the best programs in civilian education, military CBT is, almost by its nature, formulaic and staid. It's designed to get very rote lessons across, often annual training objectives mandated by higher echelons. This training ranges from trivial to mission critical, but whether it's smoking cessation or the Code of Conduct, it is uniformly painted with the same mind-numbingly bland brush.

A great example of the dysfunction in military CBT popped up recently. In an attempt to be relevant and give what ostensibly was a scenario-based question, the authors of a Marine course created a scenario that managed to be as sexist as it was completely incomprehensible.

Most CBT is designed to be “check in the box training,” and troops treat it as such. The people writing the tests seem to be either fellow troops who know that their work is ultimately pointless, or a test writing boiler room, where anonymous coders transcribe information they don't comprehend into courseware and questions students don't understand.

Although the military has finally started to take a look at its recurring training requirements and reduce redundant and unnecessary classes, more needs to be done. A Rand Corporation study identified several ways to reduce such training — and that was from seven years ago.

CBT actually makes sense for some things, but when it becomes the “easy button” for training, things go awry. It becomes a painless way for higher headquarters to solve problems.

“Congress says we have to conduct training on sexual harassment.”

“No problem. We'll just pay some consultants to give everyone an online quiz on that.”

In many cases, everyone is just mindlessly clicking away to finish the material as quickly as possible. In those cases, just cut out the middleman. If the goal of a lesson is merely to reiterate military policy and have the servicemember acknowledge receipt, then dispense with ridiculous scenario-based questions and just have the individual read the policy and digitally sign it.

On the other hand, if a course is important enough to insist that every service member take it, it's important enough to do right. If the military thinks that putting it on the computer is the only way to get the information out there, then it needs to use technology properly. Good CBT facilitates learning and retention. It takes legitimate instructional design by professional educators. It also means that there has to be enough computers available for everyone to actually spend time on the courses.

The alternative is for the military to actually invest in providing real instructors for its training. That means more than drafting some random junior officer or NCO to half-heartedly read some PowerPoint slides to a hundred bored Joes in the base chapel. It means actually training the trainer on how and what to instruct. Again, that takes investment in doing the training. In-person instruction isn't always feasible, but the military is a people business — the process of providing instruction is of benefit to the student and teacher alike. If it's doable, it's generally preferable to CBT.

Good CBT and good in-person instruction both take real investments. If the return isn't worth it, then maybe that period of instruction needs to be put on the cut list.

The key to fixing the scourge of dumb CBT is first to do a lot less of it. By not turning every half-baked requirement into a click-fest, more effort can be directed into the ones that remain, whether by having in-person instruction or just making the CBT better.