Vietnam vets are part of the age group that's growing fastest on Facebook and that's most likely to vote, making them an efficient target for our enemies 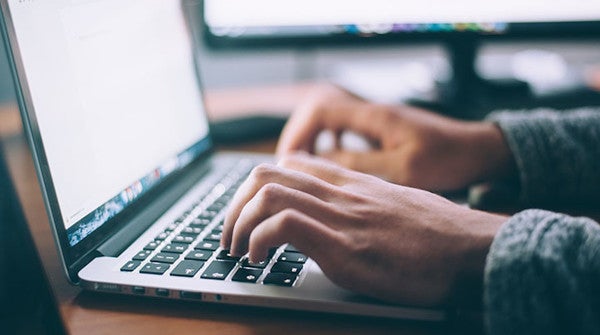 Last week Vietnam Veterans of America (VVA) shared with the country the findings of our two year investigation into foreign trolls who target troops and veterans online, which includes new evidence of foreign-born election interference related to the 2020 presidential campaign.

Macedonians took over and promoted a “Vets for Trump” Facebook page — spreading misinformation about voting along with racist and Islamaphobic propaganda, and engaging in Russian-style election interference, attacking democratic 2020 candidates.

Online entities from Russia, Bulgaria, Ukraine and Vietnam are persistently pretending to be our congressionally chartered veterans service organization — pushing hateful and divisive content alongside VVA-branded material that they're selling on websites which both scrape financial information from troops and veterans, and infect victims' computers with malware.

Trolls from Nigeria have a blossoming criminal empire that involves the identity theft of service members — names and photos of people who serve our country are then used as bait to lure elderly Americans into romance scams, costing some of them their life-savings, which has led several victims to suicide already.

This week, two more disturbing reports were released documenting the increasing dangers of predatory foreign entities online. Oxford University's Computational Propaganda Research Project showed us that at least 70 countries have experienced disinformation campaigns, and that the problem is growing.

Cisco's Talos Intelligence revealed that an imposter website made to look like the U.S. Chamber of Commerce's “Hire Our Heroes” was infecting job-seeking troops and veterans' computers with a host of dangerous malware.

Despite the congressional hearings, the public demands for accountability, and the Mueller investigation — our 191-page report shows just how hostile foreign entities remain active on social media, spreading propaganda that we know was created by the Kremlin-connected Internet Research Agency, and continuing to spark conflict between Americans while earning a profit for doing so.

It's time for us to resist the foreign influence that makes us point fingers at our fellow Americans, and place blame squarely on the foreign entities who are turning American assets like Facebook and Twitter against us.

Service members and veterans, especially Vietnam veterans, remain a primary focus of these foreign-born disinformation and influence campaigns because, as a recent Oxford University study revealed, they're an economically efficient target for our adversaries. Veterans as a cohort are more likely to vote than the average American, and they've got a larger impact on the political beliefs of those around them than other demographics do.

Vietnam veterans are also part of the age demographic that's most likely to vote — and makes up the fastest-growing group of Facebook users. This age group is also more likely to click on and share both falsified news and links related to malware, as well as to fall victim to online financial scams.

That's why it's been necessary for VVA to have spent the last two years investigating and fighting against multiple entities from countries like Ukraine, Bulgaria and Vietnam who are persistent in their efforts to create online imposter accounts made to appear as if they are representative of our congressionally chartered veterans service organization.

While we need to hold Facebook and other social media companies responsible for the exploitation of their vulnerabilities, the federal government's primary focus should be outward and on deincentivizing the behavior of foreign groups seeking to disrupt our democracy and take advantage of Americans.

Facebook's motto used to be “move fast and break things.” In 2014, the company changed it to the less-catchy “move fast with stable infrastructure” in recognition of the fact that with great power and influence comes a responsibility to prevent catastrophe.

As an American company with billions of users, Facebook ought to be concerned with protecting American values like truth, justice, and democracy across the globe — and preventing bad-actors from using the platform to create catastrophes both for individual targets of fraud and large-scale problems like election interference.

The power, influence, and responsibility that all social media companies have gives them a moral obligation to go further than simply closing accounts and pages found to be breaking their self-styled rules. They need to be working with law enforcement to get the criminals hiding behind the pseudonyms and anonymous avatars, and proactively work to purge their platform of known disinformation and Russian-generated political propaganda that remains online despite the takedown of their original sources.

Furthermore, social media companies and the federal government can't expect Americans' media-literacy and personal cyber-hygiene to improve without a massive organized effort. Private-public partnerships must be formed to educate the public so that they can more easily detect and reject falsified news and other internet scams.

With over 22 million veterans in the United States, the Department of Veterans Affairs would be the best place to pilot such a program. Considering that veterans remain a consistent target in cyber environments in large part because of their service to the nation, training should be offered at the VA alongside free cyber-security software.

Millions of veterans have already received identity theft insurance and credit monitoring as a result of the 2014 breach of the White House's Office and Personnel Management, which put at risk all of the information the U.S. government gathered for the purpose of issuing security clearances.

This information included names, social security numbers, address histories and more, and was allegedly obtained by a Chinese government-sponsored hacking group. While that information in the wrong hands will forever remain a liability hanging over the heads of affected troops, veterans, and other federal employees — Congress has only funded the insurance and credit-monitoring program through 2026.

Congress must make permanent these programs, as well as provide comprehensive cyber-security software which can help stop problems on the front-end rather than rely primarily on insurance to clean up after a successful attack.

American troops and veterans, especially from the Vietnam generation, didn't serve in uniform expecting to spend the rest of their lives as targets in a cyber-war, but that's where we are today. It's time for Americans to recognize the risks that we face as a result of hostile foreign entities online, to stop taking the bait by forming a circular firing squad.

We must face outward, and get our government and internet-based companies to respond effectively to protect us by imposing a cost on our foreign adversaries in cyber environments.

Kristofer Goldsmith is the chief investigator and associate director for policy and government affairs at Vietnam Veterans of America, a congressionally-chartered veterans service organization.