Health Care ‘Choice’ For Veterans Could Leave Many Without Options

After three years of crisis and controversy, the Department of Veterans Affairs has reached a watershed moment, and decisions about... 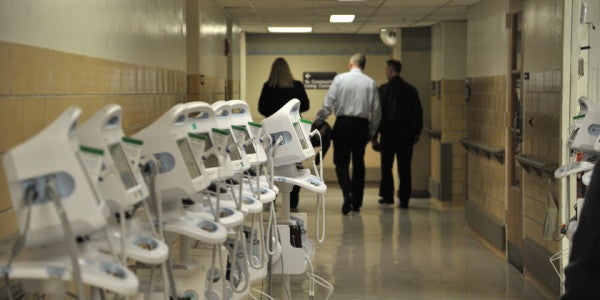 After three years of crisis and controversy, the Department of Veterans Affairs has reached a watershed moment, and decisions about how to strengthen and reform its health care system must be made this year. The central element of this debate lies in the design — how can we create new care options for veterans outside the VA without inhibiting access or reducing quality for those who choose and rely on the VA system?

Since the waiting list scandal at Phoenix VA exploded in the spring of 2014, the idea of providing veterans with more choices has been a key part of discussions over how to improve veterans’ health care. However, some politicians and political organizations have promoted solutions that focus more on providing veterans with “choice” than with the best possible health care outcomes.

Unfortunately, the frequent use of the term choice — without any clear definition or specifics – has only added to the complexity and confusion of this debate. To help clarify matters, DAV recently launched a new video, “Putting Choice in Context,” along with accompanying social media and grassroots efforts, to educate veterans and policymakers about what choice could really mean.

For example, some people have said that choice would allow veterans the ability to pick their own doctors. But since many doctors don’t accept choice payment rates, relying on choice could leave veterans without the ability to find a qualified physician. Some have claimed that providing all veterans with choice would lead to better quality health care; however, independent studies by Rand Corp. and others have consistently shown that VA already provides equal or better care than the private sector and that choice will lead to more fragmented care, which correlates with worse health outcomes. Finally, some say that choice will increase access, but this isn’t true for millions of veterans. If choice expands and moves more veterans to the private sector, VA would be forced to close some hospitals and clinics and reduce medical services in others, disrupting service for millions of veterans who rely on VA and limiting their options for care.

After 18 months of debate, the congressionally mandated Commission on Care reached the same conclusion as DAV, other veterans groups, the VA and many members of Congress — the best way to improve veterans’ health care is to create an integrated network combining the strength of the VA system with the best of private care. With a new president, VA secretary, and Congress in place, it’s critical that any debate over choice consider the cost, impact on VA, and the resulting consequences for veterans, particularly disabled veterans. As the new administration and Congress begin to debate VA health care reform this year, choice must be considered in the context of the overall VA health care system.