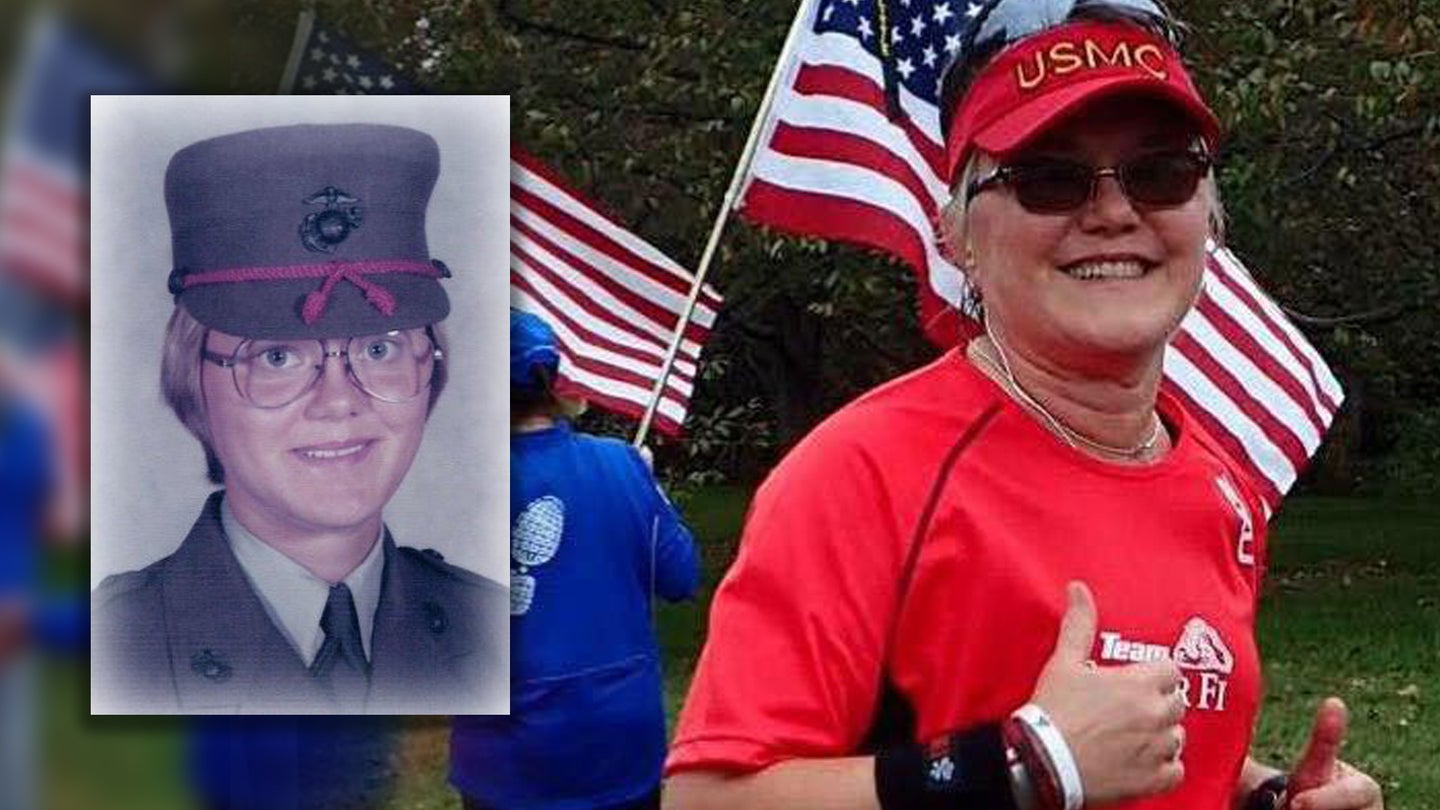 Before the “don’t ask, don’t tell” act were the “witch hunt” days of the military, where lives and careers were ruined by hints and suspicions. Gays lived deeply closeted lives, and I didn’t know a single gay person.

In 1976, Camp Pendleton, California, was my first duty station as a newly trained military police Marine. I was a 21-year-old private first class a long way from my small-town North Dakota roots.

One Sunday evening, I gathered uniforms to iron to get ready for the coming week. After I was set up in the female barracks ironing room, a Marine ambled into the room.

“Hey Copper, can I iron your shirt for you?”

I’d seen Bishop around the day room, and, according to the barracks scuttlebutt, the Marine Corps was booting her out for being gay.

Bishop didn’t take the hint. She found a molded plastic chair and plopped herself in it directly across from me. Bishop had short dark hair and wore a white T-shirt with green sateen uniform trousers. She shifted her position in the chair to a slouch, her eyes sizing me up. I felt uncomfortable in the heat of her glare.

Bishop’s bold question shocked me. I was sexually naïve, didn’t date in high school, and rarely did after graduating. I thought my crummy luck with boys had to do with the scarlet letter I felt emblazoned on my forehead for having a mentally ill mother and divorced parents. Being gay wasn’t something that ever occurred to me.

In first grade, I had neighborhood sisters who taught me to pleasure myself and them, but I never had a crush on a girl and definitely didn’t think about dating them. Growing up in the 1960s and ’70s, there were disparaging whispers and jokes about certain people’s behaviors or mannerisms, but since I didn’t know anyone who was gay, same-sex relationships weren’t anything I could relate to.

Bishop’s question flustered me because I already felt “different.” What did she see in me that made her ask that question? It seemed inconceivable.

“Not me,” I mumbled, my face flushed. “Straight as an arrow.”

Though there was a hint of doubt in my sexually inexperienced mind, I made a mental note that if getting booted from the Marine Corps and being ostracized from everyone you knew was the price for being gay, I sure as hell was not about to pay it.

I ignored Bishop and focused on doing the best damn ironing job I could. She finally got bored watching me and walked away.

I never saw her again.

After that unsettling exchange, I resisted making close friends of female Marines, never quite knowing what their agenda might be.

After my four-year tour, I folded my uniforms, stored them in my seabag, and stowed my military memories in the bottom drawer of my psyche. I followed the traditional path of marriage to two different men for a total of 31 years.

Every time my small inner voice gave a nudge to the rainbow side of life, my socialized, conservative side said, “Don’t be ridiculous, you’re happily married.”

When I turned 50, I began to reconnect with my military roots. I found a Marine I went through MP school with on the Together We Served website, and we arranged to have dinner together when I was in town. At the initial meeting, the years fell away and we were old Marine buddies sparring over whose boot camp platoon was better.

After a few visits over a three-year period, I tried to ignore the lurch my stomach made when I thought about my MP friend. What are you being weird about? You’re a married woman. It’s nothing.

After a May 2011 visit, I felt a jolt of attraction with a visceral shift in my body that I had never felt for a man. Suddenly everything seemed to come into sharper focus and make sense: It was about me and how I wanted to spend the rest of my life, not her. She was the catalyst.

I had a job with benefits. I’d started over before. I could do it again.

Two and a half weeks after returning from that trip, on the eve of my 27th wedding anniversary with my second husband, I left the marital home and moved into my daughter’s basement to start a new life. I wasn’t sure if I was making the biggest mistake of my life, but I knew leaving my marriage was the path of integrity.

As a military veteran, I came out as a competent, confident woman. I stepped into my new life knowing it would be an adjustment, but I made no apologies. If someone asked me tough questions about why I came out so late in life or about my former marriages, I didn’t shirk from awkward answers. I was proud of who I was, what I had accomplished, and who I was becoming.

Just four months later, the “don’t ask, don’t tell” act died on Sept. 20, 2011, ending the ban on gays serving in the military. With my mother’s mental illness, I had a lot to work through in my life and did not have the moral courage to come out sooner. That I came out the year “don’t ask, don’t tell” ended seemed like perfect synchronicity. It would take another six years to begin coming out of the “having a mentally ill mother” closet.

Editors Note: This article first appeared on The War Horse, an award-winning nonprofit news organization educating the public on military service. Subscribe to their newsletter.