I don’t know, anything is possible? It’s been a weird couple of years. I saw a glowing ghost dog late... 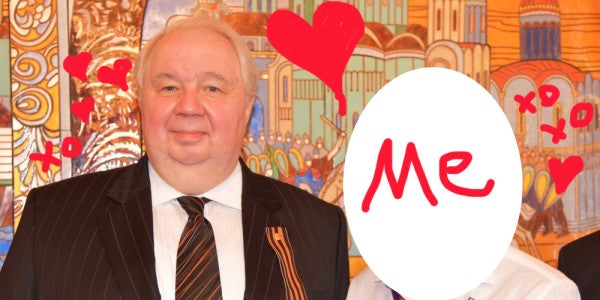 I don’t know, anything is possible? It’s been a weird couple of years. I saw a glowing ghost dog late one night outside the latrine in Iraq. I got drunk with someone who used to be on “Boy Meets World.” And it’s altogether possible I, and you, had conversations with Russian Ambassador to the United States Sergey Kislyak, and the shit just slipped our minds till now.

We’re not alone in this. It happens to lots of men. Top men. Jeff Sessions! The top law enforcer in America, the boss of a bureaucracy of more than 100,000 investigators and prosecutors and intelligence gatherers whose every move has implications for our safety and liberty. Smart guy, right? But sometimes a senator asks you what you’d do to investigate contacts between Trump campaign people and Russian government envoys, and you want to give an affirmative answer, and you tell him you’ve never had any contacts like that yourself, totally forgetting those two times in summer 2016 you chatted with Sergey, including that one encounter at the Republican National Convention where, you know, the election might have come up. No big deal. People forget things. Don’t make a big thing out of it. I mean, come on, what the hell is this, false Senate testimony given under oath or something? Chill out.

Everybody’s doing it! Mike Flynn. Great S-2 guy, right? He’s got a lot on his mind. Dude asks Flynn if he ever discussed U.S. sanctions against Russia with Sergey. Flynn tells the dude no. That dude, who’s also named Mike, goes on TV and tells everyone Flynn’s never talked to Sergey. And it turns out Flynn actually had a bunch of calls to Sergey, and they discussed sanctions. Sometimes you just forget, you know? Like, if that other Mike who went on TV wasn’t vice president of the United States, would you even know about this? Probably not! Chill out.

And, you know, there’s those old reports about three other guys in the Trump campaign being investigated by the FBI for “repeated contacts with Russian intelligence.” But we still don’t know a lot about that. Did they get to talk to Sergey? Probably not. Even if so, Sergey’s not, like, this evil intelligence mastermind. He’s a diplomat. He’s nice! Isn’t it nice to know nice people? Chill out.

All I’m saying is before you start freaking on all these people for hypocritically burying the same sort of shady dealings they trashed the Clintons for, before you jump in with the Republicans on Capitol Hill who are demanding answers from Sessions or even suggesting he committed a crime, you should ask yourself: Am I without sin here? Do I not love Sergey? Did we talk privately last year and I forgot it? Isn’t he dreamy? Am I in a dream now? Is nothing real?

All signs point to yes. Chill out!