Dear Microsoft workers protesting the Army: Have you heard of PowerPoint? 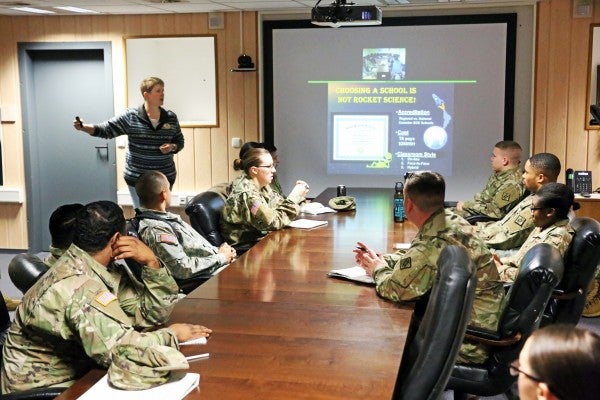 In a recent open letter to Microsoft President Brad Smith and CEO Satya Nadella, a group of Microsoft workers demanded that Microsoft cancel its $479 million contract with the United States Army. Established last year, this contract committed Microsoft to supply technology for the Army's Integrated Visual Augmentation System (IVAS), leveraging its HoloLens augmented reality technology to design headsets for use in combat and training. The letter is the workers' refutation of creating technology for “warfare and oppression,” arguing that the contract is Microsoft's foray into weapons development.

It is virtue signaling masquerading as thought leadership.

Their liberal use of the word 'weapon development' to describe what amounts to an integrated headset is paradoxical considering the current widespread, mandatory use of the Microsoft Office suite in the Department of Defense. This global coalition of Microsoft workers concerned about their part in the perpetuation of conflict need look no further than Microsoft Outlook or PowerPoint — tools that are used daily to craft, communicate, and execute operational plans.

Microsoft Office, alone, has done more to facilitate America's use of military force than nearly any weapon system in our arsenal. The use of deadly force matters little if we cannot communicate when and for whom. If they were serious about change, they would demand Microsoft revoke its license agreement with our government.

While the Army describes the project as a way to increase “lethality, mobility, and situational awareness necessary to achieve overmatch against our current and future adversaries,” it remains unclear how this technology would accomplish that goal. Available information regarding the project suggests the headsets will merely integrate existing technology, such as night vision capability, or integrated physiological features detecting and displaying “soldier readiness,” into one package.

However, the coalition of Microsoft workers conclude that such technology will turn warfare into a “simulated video game, further distancing soldiers from the grim stakes of war and the reality of bloodshed.” By their words it is easy to believe that this Microsoft technology might be used to turn real life into a cartoonish version of itself.

But that is neither the intent nor the purpose of the Army's IVAS. As those who have used night vision devices in an operational environment can tell you, the green glow cast by such devices does not disallow the sights, smells, or sounds of death. It does not prevent the wearer from deeply feeling the threat to their own life or those around them, a potential precursor to the development of post traumatic stress disorder.

The reality of bloodshed is in the blood shed itself, not the fancy equipment a soldier carries.

Army speak aside, this technology appears to be more related to preserving soldier life than increasing enemy dead.

Values and ethics matter but not when they are cherry-picked for personal effect.

It appears the authors' have forgotten the history of their own field. Colossus, an electronic digital programmable computer, was invented to decipher messages sent by Nazi encryption machines and birthed the age of the modern computer. The world wide web exists today because of the Advanced Research Projects Agency Network (ARPANET) that answered the need for a connected computer system during the Cold War. Or global positioning systems (GPS), a project launched by the Department of Defense in 1973. Or microwave ovens, a technology developed during World War II. Or penicillin or canned food or wristwatches or EpiPens or blood banks and blood transfusions.

It's easy to accept that a headset might somehow engender a sense of distance on the battlefield, when living behind a computer screen has apparently done just that. The letter is a reflection of their own experience, a display of their personal distance generated by the technology they helped create.