The U.S. has to make hard choices about whether spending that money is worth it. Unfortunately, our approach has been that of the Yankees great Yogi Berra. "When faced with a fork in the road, take both." 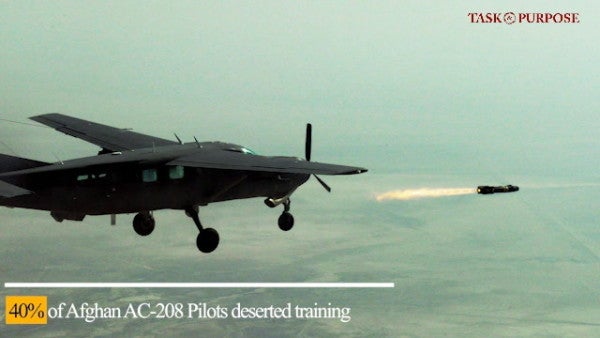 After Europe spent itself fighting two world wars, America stepped in to fill the vacuum. The Soviet Union filled the bit that America couldn't. Having nuclear weapons and a large, if poor quality, conventional force gave it superpower status. After 50 years, though, the Soviet Union couldn't pay for all the trappings that superpower status demanded.

Now known as Russia, it's living in a trailer while drunk driving a 15 year old Cadillac Escalade around the neighborhood while yelling “I used to BE somebody!” out the window and rocking out to Motley Crue.

We are rapidly approaching a similar point. The United States is going further into debt each year. Even with a rapidly growing economy, the deficit has ballooned to over $1 trillion. When the business cycle eventually tanks, it will get even worse.

The U.S. has to make hard choices about whether spending that money is worth it. Unfortunately, our approach has been that of the Yankees great Yogi Berra. “When faced with a fork in the road, take both.”

The military has been in the process of pivoting to the Pacific for a decade now. The problem is that it can't shake active campaigns in at least seven countries. It is fighting a Cold War against China and Russia as it fights a hot war against ISIS, Al Qaeda, and several other terrorist groups and insurgencies.

An oft-cited statistic is that the U.S. spends more on its military than the next seven states combined. That we spend that much and are still worried about being able to confront China and Russia should tell us something.

Even before the “pivot,” the U.S. spent incredible sums losing wars against Iraqi and Afghan insurgents. The average amount spent on defense since 2001 was greater in inflation-adjusted dollars than the average in any decade during the Cold War. At the time, the Communist threat far exceeded that of today's Russia, China, and smattering of terrorists and guerillas in the Middle East and North Africa.

The military has blamed sequestration for its problems for years but sequestration was like an obese person going from 5,000 calories a day to 4,000 and then complaining about starvation. For the next few years there's a budget deal that supersizes the fries. But even that spendthrift plan doesn't fully fund the military's request. The military wanted $12 billion more next year than the budget provides.

But can't we cut other federal spending? All that waste, fraud, and abuse?

When it comes to the federal budget, only a few things really matter. National security, Social Security, Medicare, Medicaid, and interest on the national debt. Everything else put together is about 10%. You could literally zero out every other dollar of discretionary spending and only feed the growth in Defense for a few more years. Hell, even Social Security isn't doing that well, so even buying missiles with grandma's insulin money wouldn't for long, either.

If we truly want to be ready to face China on its turf, or at least counter it, we need to be prepared to more than double our defense expenditures. Since our budget deficit is already at unsustainable levels, that means that doubling the defense budget would require massive tax increases that few Americans seem willing to accept.

If the U.S. wants to throw its weight around everywhere in the world, then it has to be prepared to pay for it. If not, it has to make some tough choices.

Are we preparing for a new Cold War against China and Russia or are we just going to keep dropping JDAMs in an endless game of whack-a-mole in the developing world? A valid case can be made for either, but we can't delude ourselves into thinking we can do both forever. The forces needed for those two missions are dramatically different, and we can barely afford one military, let alone two.

More importantly, freedom isn't free. That phrase has become as empty as “Thank you for your service,” but it's absolutely true. It's really easy to put a flag decal on your truck and say America should have the best military in the world, but do you mean it?

If keeping China from dominating East Asia means paying 50% more taxes, are you willing to do that? If it means your elderly father has no health care, is it still worth it? The sacrifices won't all come from anonymous strangers. The easy trade offs have already been made. If we truly want to have the military dominance we used to enjoy, we're going to have to pay for it.

America is not uniquely ordained to maintain its status in the world. Maintaining globe-spanning power is, in the end, a function of troops, weapons, and the money needed to sustain them.

If we're not willing to do those things, it means America needs to accept that it is becoming just one of many great powers, that it needs alliances, that it has to negotiate deals vice dictate them, and that it can no longer expect unquestioned obedience from other states.

That's a tough pill to swallow, but perhaps one of the unanticipated side effects of the “Make America Great Again” movement is that Americans finally realize they're not willing to make the sacrifices greatness requires.