The Military Doesn’t Make People Racist: A Response To The Guy Who Thinks Otherwise

Of all the things I didn’t need in my life, this Huffington Post headline probably tops the list: “Becoming A... 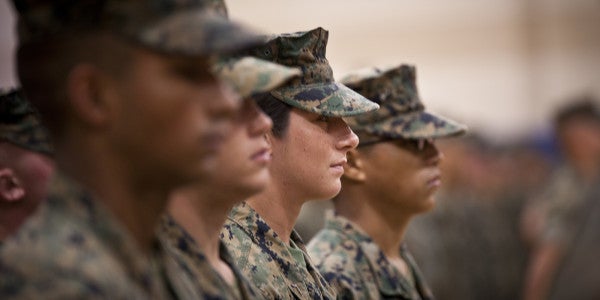 Of all the things I didn’t need in my life, this Huffington Post headline probably tops the list: “Becoming A Racist: The Unfortunate Side Effect Of Serving Your Country?” So begins this Aug. 17 opinion column by David Fagin — “writer, musician, Trump Resister, food snob” — which has, predictably, brought him a heaping helping of internet backlash. Despite his lack of qualifications, a snide clickbait headline that he admits was “provocative” and written to be “eye-catching,” and the general air of a guy writing about a topic that he has virtually no engagement on, Fagin dredges up a couple of common fallacies in trying to connect race-hate and wearing the uniform of the U.S. military. They’re worth parsing.

Fagin was inspired to pen his ramble after listening to Vice News reporter Elle Reeve, who covered the Charlottesville protests closely and dramatically, observe that security for the white nationalist marchers was provided by Iraq and Afghanistan war veterans. That leads him to wonder how “a small portion of them are returning from duty harboring feelings of such intense anger and disgust toward anyone who isn’t white.” Fortunately, he has some possible answers: The military has a racism problem, and also PTSD is probably to blame.

There’s plenty to bash here, but let’s start by drawing a clear, thick line: White supremacy is a cancer on society. There is no healthy amount of cancer. So, yes, if there is one Nazi wearing an American military uniform, it is one too many — and there is, by definition, a problem. But to move from the small batch of torch-bearing yahoos in Charlottesville to a claim that the military is somehow turning ordinary young people into stormtroopers is… a leap, to say the least.

That’s a pretty dramatic charge, especially given the fact that the military does its best to keep members of white nationalist groups out, and to separate those it finds within. To some extent, a lack of hard data from those criticizing the military is forgivable: It would be extremely difficult to collect precise survey data on the demographics of white nationalists (beyond the obvious), and veteran participation, in particular. But if you don’t have data, you’d better establish strong causation somehow. Fagin’s piece doesn’t bother to do so.

There are reports of attempts by white nationalists to infiltrate the military, presumably to recruit and capitalize on the lethal training the military provides. The military must take that threat seriously, just as it must treat the threats of infiltration by radical Islamists or criminal street gangs. But the methods one uses to stop people from sneaking in are far different from those one might use to fight internal sedition.

So, are there more white nationalists among the military and veterans than the general population? No one can say at this point, though I hope the Department of Defense will study the matter. But as we learn every time there’s a militia-heavy, Dixie flag-waving, angry-white-guy hoedown on cable news, sporting obnoxious gung-ho t-shirts and ballistic nylon accessories proves nothing, except that a lot of garbage people have a brigade quartermaster catalog and a credit card. If military attire represented actual military status, your airsoft team would be Delta Force.

The myth of the “broken” vet

Beyond that, there’s a subtle stereotype at play in Fagin’s argument: When a suspect in a crime is identified as a veteran, that becomes a shorthand for his identity in media reports in a way other affiliations don’t. Just as media reports of minority identity in accounts of crime often unfairly color public perceptions, so do those involving veterans. Veterans — or brief uniform-wearers — with links to white supremacy are almost always identified by their military affiliation, and almost never by their birthplace, educational background, or any other distinguishing group membership.

Many of those carrying torches in Charlotteville are apparently college students, but no one is blaming college educations for white nationalism — quite the opposite. Even though accused Charlottesville terrorist Alex James Fields was so bad at soldiering he didn’t even make it to his specialty training before getting kicked out, his military affiliation was front and center in many media reports.

The reality of service: diversity every day

Some vets who have fought in recent conflicts bear lingering prejudices against people of Arab and Central Asian descent, or those with Muslim backgrounds. For every one of those, though, there’s another who’s been positively affected by having direct contact with people from the areas where the United States has deployed. The idea that troops are transferring their experience in combat — or, at least, the combat zone — to domestic hatreds is an assertion without evidence.

Beyond combat experience, troops frequently travel overseas, probably more so than any other group of young Americans. Whether permanently stationed on an Army base in Europe or on a naval deployment with port calls throughout the Pacific, military personnel see people and places few Americans without high six-figure incomes ever visit. Few average kids growing up in the sticks, suburbs, or inner cities visit Pacific islands, the Mediterranean, or the Middle East — and develop the kind of curiosity and open-mindedness such travels tend to bring.

More importantly, those in the military work every day with incredibly diverse colleagues. Forty percent of U.S. service members are in a racial or ethnic minority. That’s more diverse than society as a whole. But civilian society tends to clump into homogenous enclaves, where different groups don’t have to interact with each other. Service members have to live and work with people of different backgrounds every day.

That’s not saying the military is a post-racial utopia. But if the answer to racial animosity is knowing people of different backgrounds personally, then the military is light years ahead of civilian society. The military runs more conservative than the population as a whole, for a host of demographic and cultural reasons. But progressives, in particular, need to avoid conflating conservative political beliefs with racism.

While the president and the rest of the executive branch hemmed and hawed, America’s military leaders unequivocally condemned white nationalists in Charlottesville. Condemning the military for radicalization without good cause unjustly isolates the military, and veterans, from the society they serve.