The misappropriation of Pat Tillman’s legacy

There is an inherent connection between warfighting and politics, one that has complicated how and why we honor our nation’s war dead since the nation's foundin 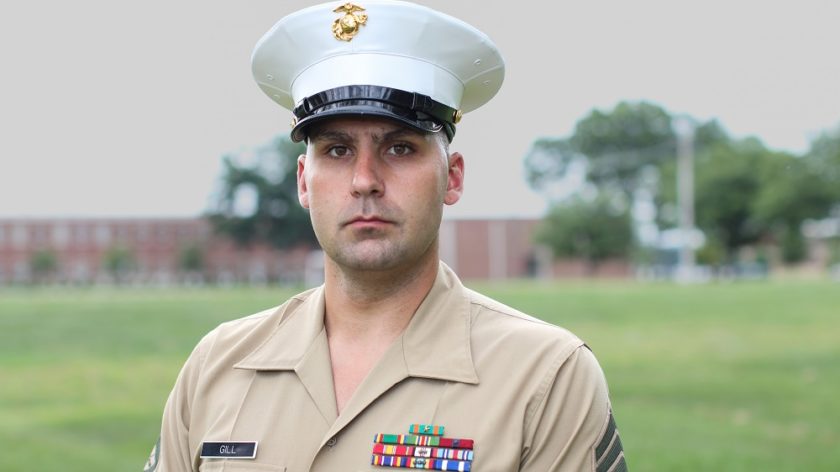 Editor's Note: This is an opinion column. The thoughts expressed are those of the author. A version of this column originally appeared on Sept. 6, 2018

There is an inherent connection between warfighting and politics, one that has complicated how and why we honor our nation’s war dead since the nation's founding.

From the American Revolution, service member memorialization has been convoluted by the political nature of declaring and waging war, and those killed in action have always been used throughout our history to advance political agendas. In order to unify the nation and generate support for his message, Abraham Lincoln capitalized on the catastrophic loss of human life at Gettysburg to deliver one of his most famous speeches, the Gettysburg Address. Following World War I, General Pershing argued that fallen American service members should remain in battlefield graves as a political message to our European allies to remind them of our sacrifice. The political appropriation of the fallen in World War II, Korea, Vietnam, the Gulf War, Iraq, and Afghanistan received similar treatment, though in different and varied capacities.

So while the politicization of the war dead by our government is not a recent phenomenon, the appropriation of the fallen by our veterans and active duty service members is. Enabled by social media, veterans and service members rampantly misuse memories of the fallen to communicate their own beliefs and feelings about service and sacrifice. With a large portion of post-9/11 veterans feeling at odds with the society they are expected to reintegrate back into, much of the frustration appears to be the result of an all-volunteer force who shouldered the burden of the past 17 years of warfare.

Thanks to these tensions, a substantial civilian-military divide has emerged, a widening demographic, social, culture, and moral gap between those who have served in uniform and those who have not and an inability on both sides to appreciate the full experience and contributions of the other. This is problematic for a variety of reasons, this division frequently bears itself out in an unproductive and caustic manner during times of heightened National tension or frustration.

Nike’s recent unveiling of Colin Kaepernick as the face of their 30-year anniversary campaign and the subsequent response from many in the military and veteran community is just one more data point in the construction of the ugly nature of this divide.

In a misguided effort to communicate feelings of distance and differentness, a lack of societal appreciation, and conflicting beliefs about the nature of sacrifice, many military and law enforcement social media pages used images of Pat Tillman — the NFL star who turned down millions and enlisted after the September 11, 2001, terrorist attacks, was killed in action by friendly fire in Afghanistan in 2004 — overlaid with Nike’s Kaepernick tagline: “Believe in something. Even if it means sacrificing everything.”

This is not the first nor will it be the last time Pat Tillman is exploited. While this current use seems largely apolitical, it does not make it any less damaging or irresponsible. Sadly, it seems to matter little to the population it should matter to most that his widow, Marie, has asked people to not use her husband to suppress the views and beliefs of others:

The very act of self-expression and the freedom to speak from one’s heart—no matter the views—is what Pat and so many other Americans have given their lives for.

The juxtaposition of Kaepernick and Tillman is the type of ‘us versus them’ behavior that leads to prejudicial attitudes, silencing of opposing viewpoints, and privileging military service as the sole-definition of sacrifice. Regardless of feelings towards Kaepernick, by reducing Pat Tillman to two sentences we fail to honor him and the legacy he left behind. The continued, unsanctioned use of his image is a misappropriation of the memory of a man who was as multifaceted as he was heroic. It may yet be that the greater tragedy is not the death of his body, but the assassination of his spirit and the use of his sacrifice in the widening of the civilian-military divide.

As he sat in his tent outside Iraq, Pat prophetically wrote in his journal, “My heart goes out to those who will suffer. Whatever your politics, whatever you believe is right or wrong, the fact is most of those who will feel the wrath of this ordeal want nothing more than to live peacefully.” A complex, introspective man, Pat believed there existed no “true answers” to much of life, and that dialogue, questioning, and critical thought were essential to understanding life and another’s perspective.

It is hard to say how Tillman might personally feel towards Kaepernick. But what’s not difficult to say, because Pat said it himself, is that “to err on the side of passion is human and right.”