It’s a brave new world in 2018. President Donald Trump’s administration has been largely characterized by the same freewheeling, no-fucks-given … Continued 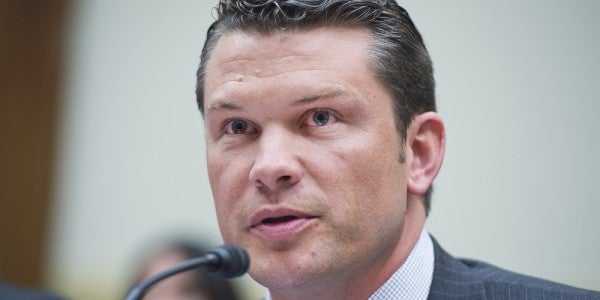 It’s a brave new world in 2018. President Donald Trump’s administration has been largely characterized by the same freewheeling, no-fucks-given bravado of the 2016 election cycle: Twitter rants are daily fodder for the news cycle, lurid stories of old trysts with adult film stars (somehow) merit the “60 Minutes” treatment, and hardly a week goes by without a cabinet member being fired or humiliated or both.

Speaking of which, the current Veterans Affairs secretary, David Shulkin, is hanging onto his job by a 140-character thread, and speculation’s running hot on who might replace him. (Here’s a quick rundown on why people are talking about Shulkin like a dead man walking. It’s a whole big thing.) Enter Fox & Friends cable news host Pete Hegseth, a 37-year-old veteran of the wars in Iraq and Afghanistan, whose name keeps popping up on short lists as a possible Shulkin replacement.

Related: Does It Actually Matter Who Runs The VA? Yes. Here’s Why »

What are Hegseth’s qualifications to man the second largest federal agency, its $186 billion budget, some 360,000 employees, and 9 million veterans seeking care? Here’s a pro-con chart on the Princeton-produced grunt being eyed to lead the VA: