What Politicians Don’t Understand About The War In Afghanistan

In a recent Washington Posteditorial, senators John McCain and Lindsey Graham reprised their timeworn roles in an almost-comedic ritual: clean-shaven... 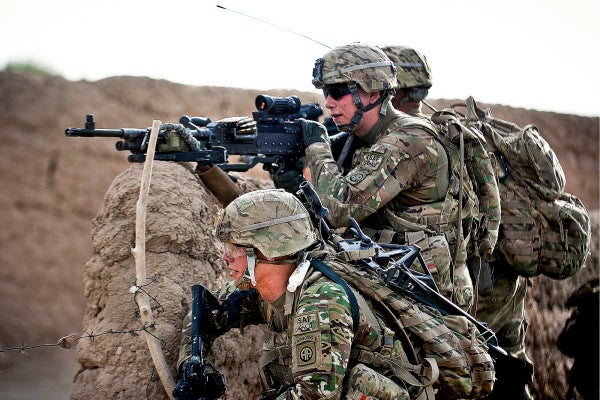 In a recent Washington Posteditorial, senators John McCain and Lindsey Graham reprised their timeworn roles in an almost-comedic ritual: clean-shaven graybeards, citing “conversations with key commanders on the ground,” urging more funding for more troops with fewer restrictions to prevent Afghanistan from “sliding into strategic failure.” They write:

The U.S. objective in Afghanistan is the same now as it was in 2001: to prevent terrorists from using the country’s territory to attack our homeland. … Doing this successfully requires the right number of people in the right places with the right authorities and the right capabilities. Our assessment, based on our conversations with commanders on the ground, is that a strategy for success will require additional U.S. and coalition forces and more flexible authorities. It will also require sustained support of the Afghan security forces as they develop key capabilities, especially offensive capabilities such as special operations forces and close air support needed to break the stalemate.

Comedic, because the dateline could be most any year since 2002. Almost, because our inability to learn from past mistakes only dooms more young Americans to die in a futile fight.

Against a backdrop of White House half-truths and outright lies, McCain and Graham’s traditionalist views might seem too boring to warrant response. But I refuse to abide this tradition. Until recently, I lived in Afghanistan as a conflict analyst for NGOs, without weapons, armed guards, air support, or any of the other luxuries the senators enjoyed on their fact-finding jaunts. I had the opportunity to visit nearly every region of the country — often for weeks at a time — including the heavily-contested Helmand Province. I had friends and colleagues killed and kidnapped. Restaurants, hotels, and other places I frequented were shot up or blown to pieces. My experience taught me that the stakes are bigger than the egos of those who have backed a pointless approach.

McCain and Graham correctly note that previous troop withdrawals were driven more by domestic political concerns than tactical realities, and that recent years have seen setbacks in the Afghan government’s attempts to assert control. But they miss the central fault in our approach to Afghanistan: This war is not – and never was – about the United States, and any resolution has to involve far more than mere application of military force.

Tried we have. Afghanistan has seen every type of operation on the continuum of armed engagement: We’ve launched cruise missiles and drone strikes, ordered special operations raids, sent in the Marines and Army Rangers, and deployed more than 100,000 conventional troops. All in all, a panoply of tactics with no strategy in sight.

And failed we have, with the deaths of nearly 2400 Americans, tens of thousands of Afghans, roughly $750 billion spent, and an Afghan government with arguably less control than at any point in the past decade. Sixteen years on, we are left with senior senators baselessly pronouncing that the United States “is still at war in Afghanistan against the terrorist enemies who attacked our nation on Sept. 11 and their ideological heirs.”

At best, this is a convenient conflation to justify involvement in a conflict that lost relevance long ago; at worst, it’s a bald lie. We are at war in Afghanistan against an assortment of tribal and ethnic factions that view the Kabul government as an illegitimate entity, propped up by foreign powers to force cultural changes contrary to the Afghans’ will. Sprinkled into this mix are rogue bands of terrorists happy to fight under whichever jihadi brand will fill their war chest fastest, but the bulk of the opposition forces in the field fight are local Afghans fighting for local objectives.

The ideology that killed nearly 3,000 people on 9/11 is itself a relic, like the views of McCain and Graham. Aspirational jihadist circles view the United States in much the same way that the Taliban does: a lumbering force that can be manipulated through propaganda in order to make useful mistakes. Brian Fishman’s excellent book on ISIS, “The Master Plan,” notes this ideological emphasis: America is not a beachhead to be taken, but a source of support to local regimes that can be stripped away through miring the superpower militarily in political conflicts.

Afghanistan’s struggle is, and always has been, a local conflict in which the United States offers a bludgeon at best. The Afghan government relies on us to fill its coffers, back its efforts, and grant it international legitimacy. The opposition relies on us to make lethal mistakes to justify their propaganda, filling their coffers and acquiring international legitimacy of a different sort. But just because the conflict isn’t about us doesn’t mean we have no role to play — for example, by applying pressure to Pakistan to force its militant proxies to the table and help separate the workable opposition from the jihadi nihilists.

Unfortunately, nuance and pragmatism are in short supply in our present war discourse, and they are nowhere to be found in our government’s approaches to combating extremism abroad.

Pete Meijer is an Iraq War veteran and Columbia graduate who worked in humanitarian aid in Afghanistan from 2013 to 2015. He lives in New York and is a member of the Truman National Security Project’s Defense Council. Follow him @PeteMeijer.