Assuming Dr. David Shulkin will be confirmed as the next secretary of the Department of Veterans Affairs, and all indications... 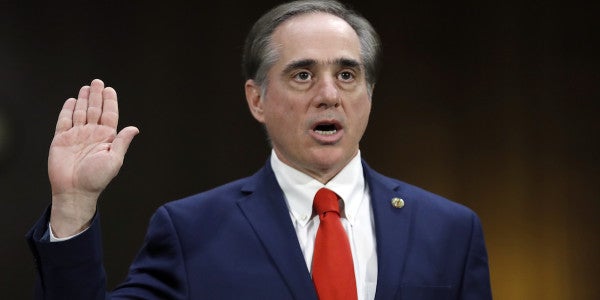 Assuming Dr. David Shulkin will be confirmed as the next secretary of the Department of Veterans Affairs, and all indications leave us no reason to think otherwise, he will face a number of tests within the first 100 days. One of those tests involves DeWayne Hamlin, director of the VA Caribbean Healthcare System in San Juan, Puerto Rico, who was removed from office and federal service on the same day that President Donald Trump was inaugurated.

Hamlin was arrested after midnight on April 26, 2014, after a police officer reportedly saw him parked on a roadside with his car engine running. While questioning him, police determined he had been drinking while driving and found Hamlin, again a VA medical center director, in illegal possession of Oxycodone. Hamlin later tried to fire an employee who revealed his drug arrest then subsequently tried to settle with the same employee, allegedly offering her over $305,000 to leave. That's what it took to get this federal employee removed almost three years after he was arrested.

Related: The One Problem That Will Make Or Break Trump’s Pick For VA Secretary »

Few facts are known publicly about another case that will test the incoming VA secretary. The case involves allegations of wrongdoing against the Overton Brooks VAMC Medical Center Director Toby Mathew, and other senior leaders, that were referred to VA’s Office of Accountability Review. Like Hamlin, Mathew was removed, which was later clarified to mean temporarily detailed where, according to a VA statement, “he will be working in non-supervisory capacity while OAR completes its investigation. Once completed, the evidence will be examined by the appropriate management officials delegated with the duty to take appropriate corrective action.”

The operative word that begs the question in such cases is “removed” and what it means exactly. By removed, does it always have to mean a public servant who has compromised the public’s trust will collect a full paycheck while under reassignment in one of those positions that are neatly tucked away from public view? Like a position in a Veteran Integrated Network Office or some other safe-harbor role for an extended period? That has been the reality in far too many cases. If this is the case for Hamlin or Mathew, it will not be enough for the VA secretary to say his hands are tied by law or bureaucratic procedure. The public has grown tired of hearing that song; and Congress must ensure the VA secretary has what he needs to not have to sing it again.

Removed should ultimately mean just that — terminated. Not reassigned over a long period. Not awaiting some administrative hearing. Shulkin, in his testimony before the Senate Committee on Veterans Affairs where he made the case for his confirmation as VA secretary, said, “The VA needs change…It needs to advance its culture of accountability and eliminate those from the system that have lost their commitment to doing what is right for our veterans … I don't have a lot of patience. And I am going to be serious about making these changes and regaining that trust. And if I don't do it, I should be held accountable, and you should replace me.”

I could not agree more. He knows what needs to be done; so does Congress; and the public has long known it. You can't bring about institutional change by moving poor leaders around within the institution no more so than you can treat pneumonia by taking cough drops. We’ll know in short order whether Shulkin has the right prescription to fix what ails VA and whether Congress will fill that prescription.